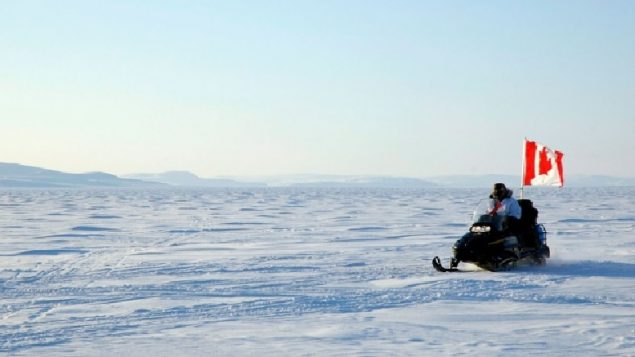 Well, the battle lines have now been finalized for claims to the North Pole.

The Russians and the Danes have both claimed it as theirs, and now Canada has filed its claim with the United Nations Commission on Limits of the Continental Shelf, the body that will eventually adjudicate the claim, 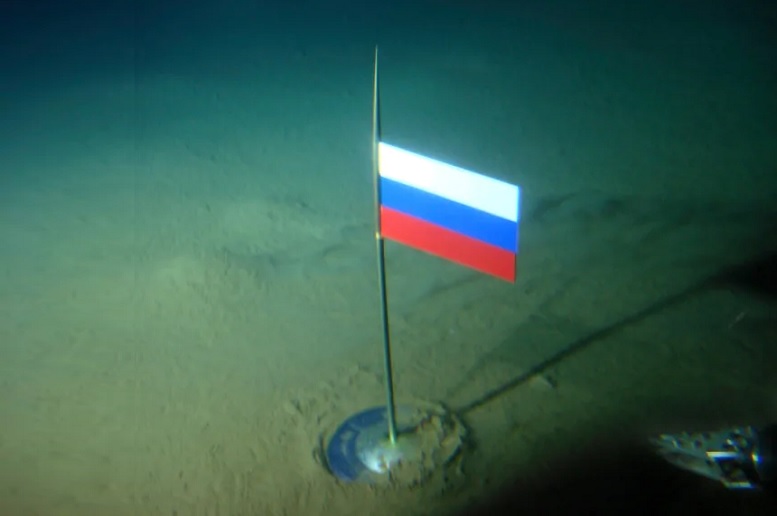 Russia upped the territorial claims stakes a bit when a titanium capsule with the Russian flag was planted by the Mir-1 mini submarine on the Arctic Ocean seabed under the North Pole in 2007. (Association of Russian Polar Explorers/AP)

It is not that countries want the North Pole itself, but rather as much of the Arctic seabed underneath and around it as possible. This is to have the rights to exploit potential resources.  While it is an extremely inhospitable environment and would be far beyond economical viability to exploit resources at present, no one can predict conditions and technologies that might change that in decades to come.

The controlling rules for such activities fall under the international U.N. Convention on the Law of the Sea (UNCLOS). This states that a country has special rights to the resources that lie on the sea floor within 200 nautical miles of its coast, but that a country can extend that control beyond that limit if it can show that the seabed is an extension of its continental shelf. 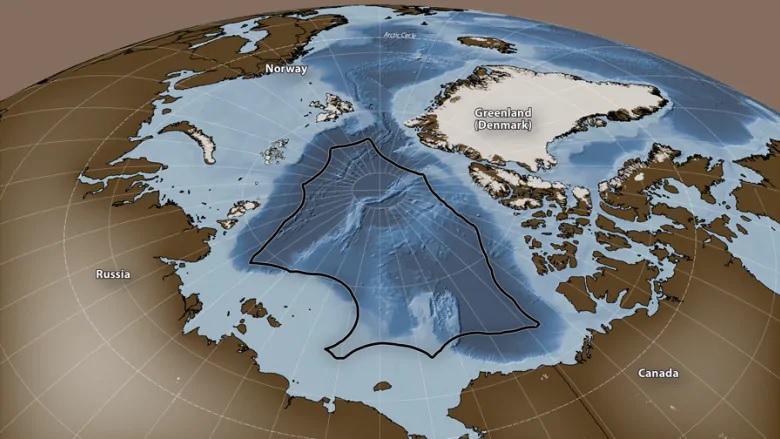 Diagram shows the Lomonosov Ridge running right across the Arctic Ocean and directly under the North Pole. it appears to turn at its eastern end towards Canada’s Ellesmere Island (The Pew Charitable Trusts)

Russia claims that a long ridge running under the Arctic ocean and the North Pole is an extension of its continental shelf and now Canada says that same Lomonsonov Ridge extends from its continental shelf extending from Ellesmere Island.  The Danes also say the same ridge is connected to Greenland. All claims would put hundreds of additional kilometres of seabed under that country’s economic control.

Russia submitted its claim back to more Arctic seabed in 2001, and in 2007 added the Lomonosov Ridge. The Danes submitted their claim that the ridge is part of their (Greenland) shelf in 2014.

Canada’s submission was to have been made five years ago, which stopped short of the North Pole, but the then Conservative government ordered more research and underwater surveys done to improve the claim, something that achieved that goal.  The final 1,200 page claim was submitted last Thursday.

Ultimately however, all such claims may be for nought as the U.N body may instead determine on the basis of “equidistance” from the shores of the claiming countries. Thus, though Canadian experts say scientific Canada’s claim to the North Pole may be valid, the equidistance concept would give it to the Danes.

But, Santa Claus’ status as belonging to all, will likely remain for a long time yet as the U.N. reviews the various scientific claims. Actual negotiations aren’t expected to even begin until several years from now.