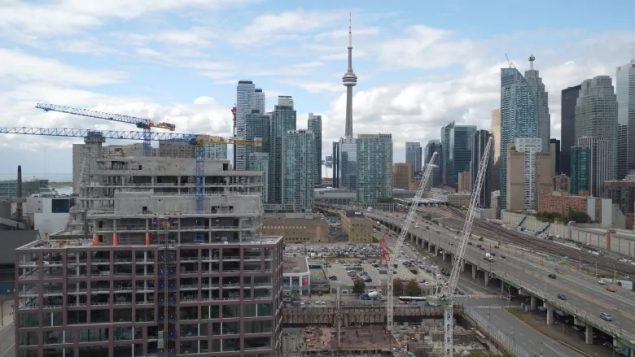 It seems that in Toronto a giant new condo building is started every week, but with the rapid city growth, experts say there still could be a housing crisis coming in the city. (Ed Middleton-CBC)

There are much bigger cities in the U.S. than Canada’s biggest city, Toronto.  But that hasn’t stopped Toronto being the fastest growing city on the continent, and by a wide margin.

The study was released today by Ryerson University’s  Centre for Urban Research and Land Development.

The study showed Toronto grew by over 77,000 people last year, far ahead of its closest rival, Phoenix Arizona, which grew by over 25,000. 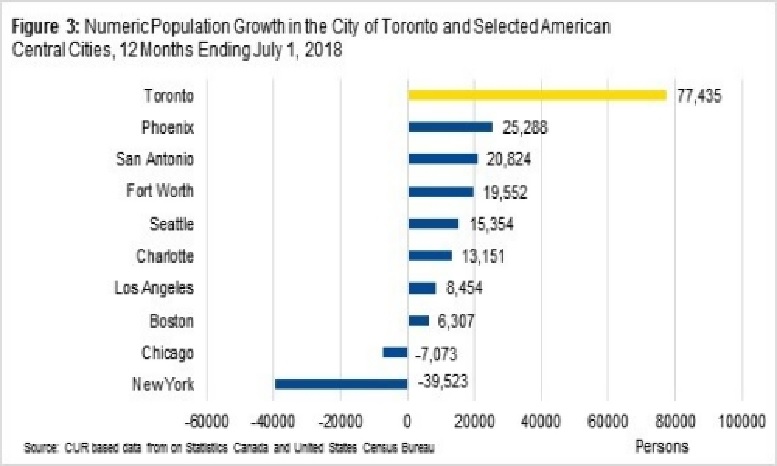 As for the regional urban growth, Toronto and the “greater Toronto area” (GTA) grew by over 125,000 behind Dallas-Fort Worth-Arlington at almost 132,000.