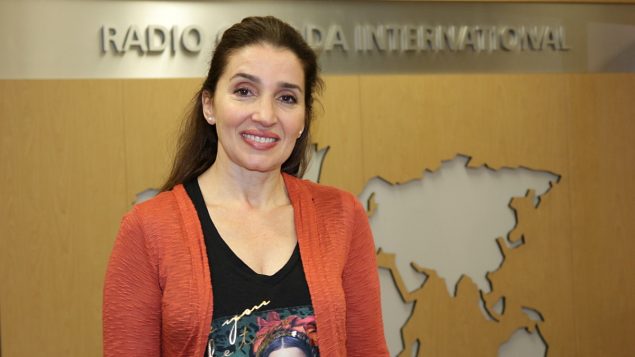 She has a knack for finding subjects for her films that engender debate, force the viewer to question long-held beliefs, confront and shatter stereotypes. But she does all that with disarming compassion and honesty.

Her two latest films Islam of My Childhood and The Trial 2.0 are no exception.

Just like her 2006 documentary Nadia’s Journey, which she co-directed with Carmen Garcia, Islam of My Childhood features a deeply personal journey to her homeland, Algeria, on a quest to understand what happened to the tolerant and humane religion of her childhood, which is now associated with extremism and terrorism in the minds of many Westerners.

It’s also a unflinching and heartbreaking look at Algeria’s “dark decade” of terror and the legacy of the country’s war against Islamist radicals and the ascendance of political Islam.

“I tell the story of Islam of my childhood that was very peaceful, that’s when Islam didn’t want to take over governments and impose on people how to live,” she said. “And then I also wanted to talk about the impact of fundamentalist Islam on mentalities when they take over schools, when they take over social life, and how hard it is when you don’t have freedom of expression, the freedom of being.”

The Trial 2.0 is the story of one of the most divisive debates in Quebec in recent years over the place of religion in public sphere and its consequences in the age of social media, told through the experience of a young Muslim woman, who has to confront a tsunami of online harassment and bullying.

“First of all, I made this film because I was really saddened by the division of feminists in Quebec,” she said. “The film is about slandering on Internet… and it’s mainly women who pay the price. Whether you’re fat or you wear the veil or you’re this or you’re that, you’re always criticized because you’re a woman.”

I sat down with Nadia Zouaoui to speak about these films and what drives her to take on such difficult and controversial subjects.
Islam of My Childhood and The Trial 2.0 are available for online rental viewing at https://www.nadiazouaoui.com/