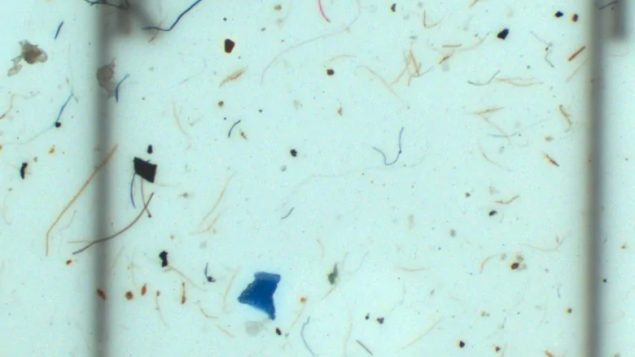 This water sample taken by researchers in B.C.'s Strait of Georgia showed an average of 3,200 plastic particles per cubic metre of ocean. Other samples off Vancouver showed up to 25,000 particles. (Vancouver Aquarium)

Some microplastic for dinner? (You’ve already had some today)

As weird as that sounds, it seems that we are consuming, and breathing, measurable amounts of microplastic daily.

Plastic is not natural and is never absorbed into the environment. It merely breaks down into smaller and smaller pieces, until they’re almost at a microscopic level. 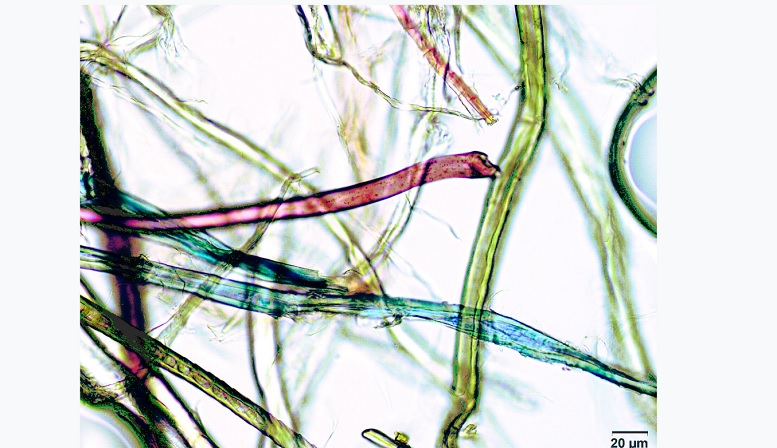 A new study from the University of Victoria in British Columbia, suggest we ingest between 70,000 and 120,000 tiny bits of plastic yearly.

And that may be at the low end of the amount as the study only looked at fish, shellfish, sugars, salts, alcohol, water and air, but had not yet analysed meat, poultry, dairy, and grains.

The potential health effects of microplastics in the body are not known but Peter Ross, president of Research Ocean Wise, was quoted in the CBC saying, “A lot of plastics have hardening agents like BPA or they have phthalates, or they have flame retardants in them, so if humans or other species are exposed to these, that’s cause for concern, from a toxicological standpoint”. BPA, Bisphenol A, was removed from baby bottles and some other products after it was linked to brain and developmental problems.

Though the estimates, which resulted from an analysis of existing literature, it wasn’t able to guage the physical size of that figure, that is whether it’s like a pinch, or a spoonful. 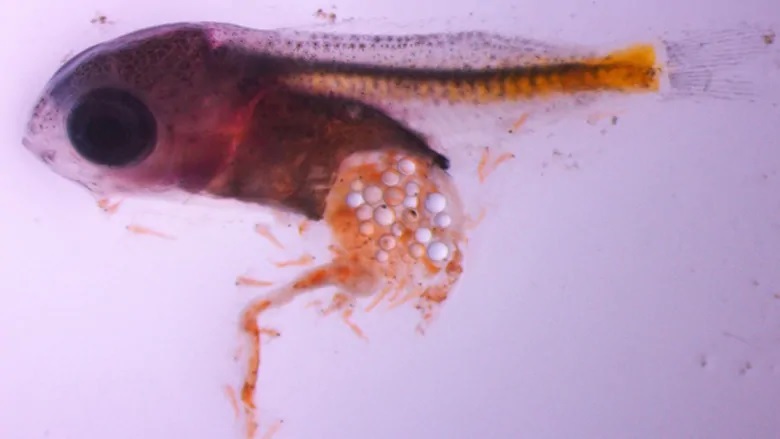 A larval perch with microplastic in its gut. Vancouver Island University professor Sarah Dudas says the effects of microplastics still aren’t fully understood, but they are believed to have impacts on the reproductive abilities of fish. (Oona Lönnstedt)

Microplastics are bits smaller than 5mm or a sesame seed, down to microscopic level. They come from sources like microbeads  in body scrubs and toothpastes, although these are mostly banned, and from all other plastics as they break down into ever smaller pieces. They also come from the standard washing of fabrics made with polyester, acrylic, and nylon as the tiny fibres are washed loose and are so small they are not filtered out at municipal water treatment plants.

While the numbers sound concerning, Cox says that their analysis only looked at about 15 per cent of our diet, leading one to presume the count could be higher.

And if you drink water bottled in plastic you possibly added and extra 90,000 particles to your diet annually, as opposed to drinking exclusivley tap water where you’d get about 5,000 particles annually,

Microplastics are now found everywhere on Earth even in the remote Arctic.