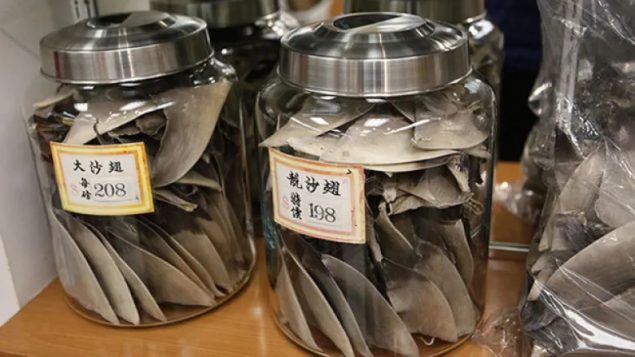 Shark fins for sale at a San Francisco market. A single fin can sell for up to hundreds of dollars. (CP)

After years of campaigning against the practice of shark finning and the sale of fins, Canada is moving close to a ban.

Although the actual practice has been banned in Canada since 1994, shark fins can still be imported.

According to Statistics Canada, in 2016  over 140,000 kilograms of shark fins were imported in 2016, worth about $3.08 million. The news site iPolitics reports 170,000 tonnes of fins were imported into Canada in 2017.  Canada is the second biggest importer of fins after Asia. 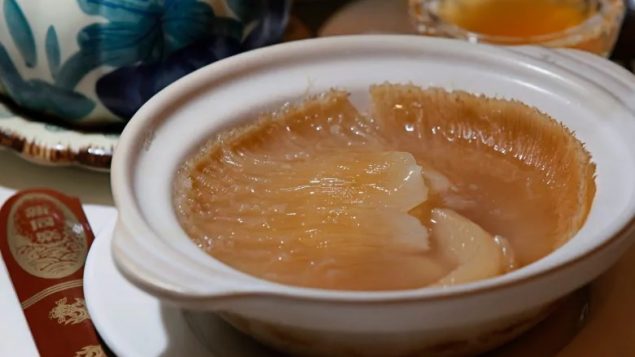 One type of shark fin soup, a status symbol in Asian communities. A single bowl can cost around $100 in N. America. (Kin Cheung-AP)

A proposed law, Bill S-238 has passed Canada’s Senate. Originally proposed to ban the import of shark fins, the Senate amended it to add a ban against export of fins as well and the import and export  of shark fin derivatives and products to circumvent commerce in products that might slip through loopholes in laws. 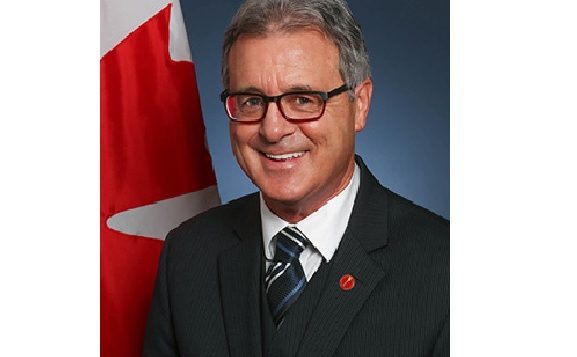 The bill’s Senate sponsor, Sen. Michael L. MacDonald, stated: “I’m thrilled that the Ban on Shark Fin Importation and Exportation Act has been endorsed by my colleagues in the Senate. It is my sincerest hope that Members of Parliament will act swiftly on this urgent matter to ensure that Canada takes a leading role in protecting sharks globally. Sharks are vital to sustain ocean ecosystems and our planet’s survival.” 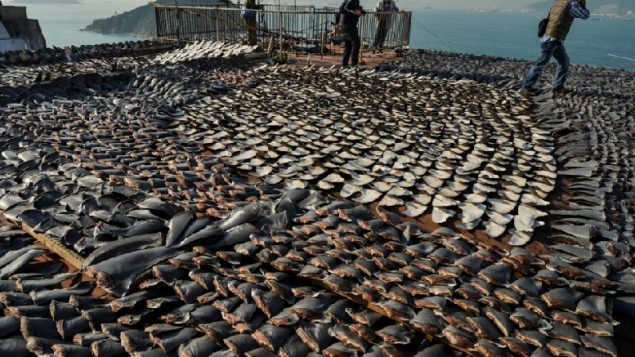 Shark fins drying in the sun cover the roof of a factory building in Hong Kong on Jan. 2, 2013. (Antony Dickson- via PRI)

With the bill passing the Senate it gets sent to Parliament in the House of Commons for debate and vote. If it passes there, it is taken to the Governor-General for signing before it can become law.