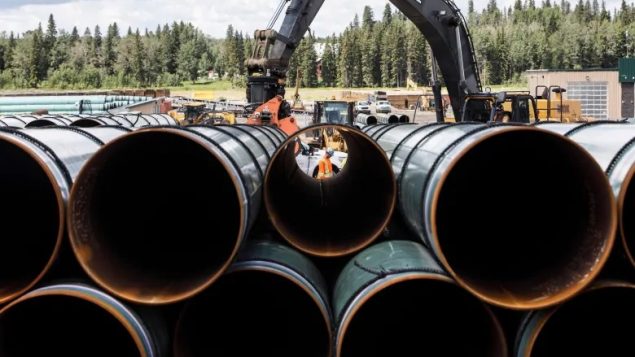 Kilometres worth of pipe being unloaded at a stockpiling point along the route for the Trans Mountain pipeline at Edson, Alta. on Tuesday even before the official government approval announcement. (Jason Franson/THE CANADIAN PRESS)

The multi-billion dollar and highly controversial project would triple crude capacity from the Alberta oilfields to a tanker facility on the Pacific coast in British Columbia. Approval does not mean the end of the controversy however, nor that the project will now proceed smoothly.

With the announcement the two widely separated sides of the pipeline issue, remain steadfastly divided. A protest rally in Vancouver was staged the same day as the approval announcement, while businesses along the route are happy about the prospect of increased economic benefits. 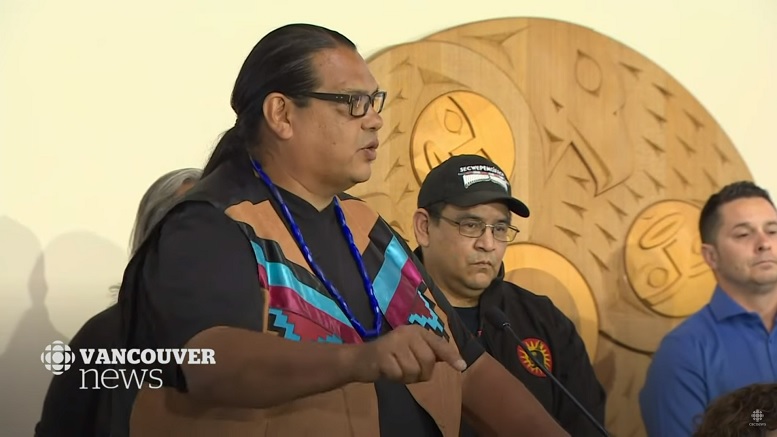 Following the announcement Reuben George of the the Tsleil Waututh First Nation in British Columbia vowed to fight the decision in court. Other Indigenous groups have expressed interest in buying some or all of the project, a possibility the Liberal government is willing to discuss. (CBC News)

Other groups have said they will launch legal challenges to the pipeline, or in the case of the province, continue to challenge the project in the Supreme Court of Canada.

Greenpeace Canada released a statement today which reads in part, ”The climate crisis demands an all-hands-on-deck response to meet the demands of science and justice, not another multi-billion dollar subsidy to the oil industry to make the problem worse”.

An opposition New Democratic Party member of Parliament from northern B.C noted that it seemed “passing strange” that the government would declare Canada is in a climate emergency on Monday and then announce the pipeline project on Tuesday.

Various Liberal ministers are now travelling across the country to promote the project.

Professor Mabee estimates that with no legal or protest impediments, the earliest completion date would be about 18 months from now, but with challenges and/or protests, possibly double that time frame.