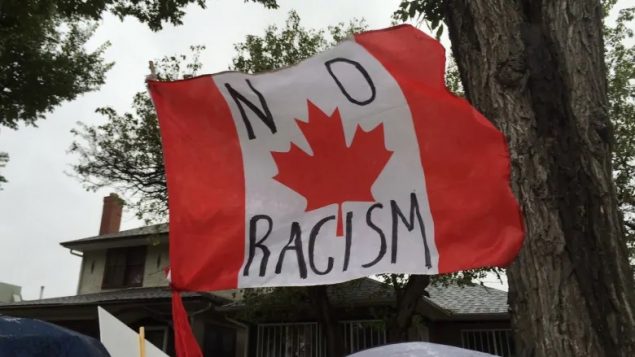 This flag was used at a Walk Against Racism in Regina in February 2017. A day-long event at Kitchener City Hall in March of that year was dedicated to the United Nation's International Day for the Elimination of Racial Discrimination. (CBC)

The federal government has unveiled a multi-million-dollar initiative to fight racism in Canada.

Federal Heritage Minister Pablo Rodriquez made the announcement Tuesday, saying $45 million will be spent over the next three years to fight systemic discrimination through community programs, public education campaigns and combating hate on line.

Under the plan, the federal government is setting up a secretariat that Rodriquez says will tackle “systemic racism in all ways it manifests itself in our laws, programs and services.” 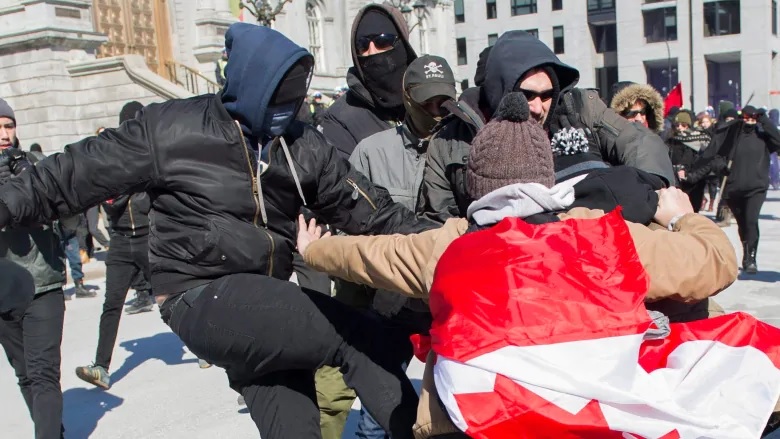 Opposing groups of protesters clash during a demonstration over the Commons motion on Islamophobia, M-103, in Montreal in March 2017. (Graham Hughes/Canadian Press)

The initiative comes more than a year after the House of Commons heritage committee released the results of its study of systemic racism and religious discrimination following a political firestorm resulting from an anti-Islamophobia motion, M-103, brought forward by the Liberal government in March 2017.

The Liberal motion called on the government to condemn all forms of racism but never resulted in any legislation after the Conservative opposition argued the motion would stifle free speech because the term Islamophobia was poorly defined.

Tuesday’s announcement follows recommendations made by the Commons heritage committee. 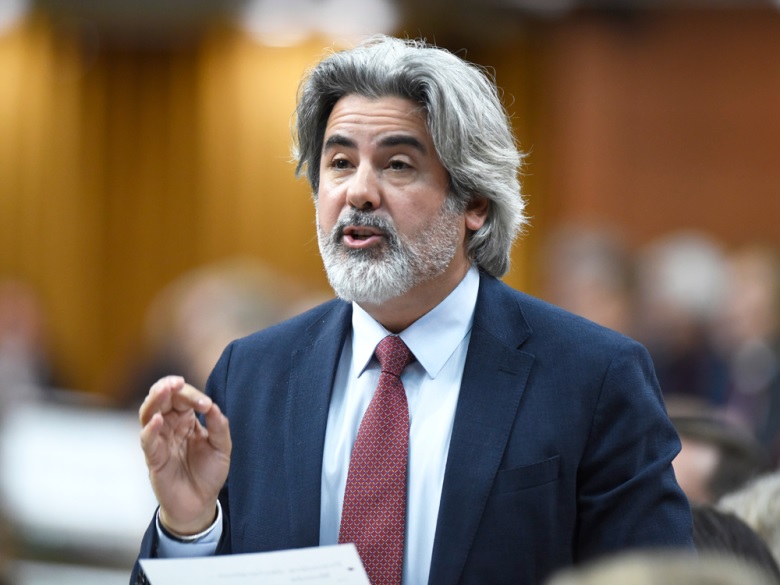 “But its effects are always very real and completely unacceptable. I’m talking about the inequalities embedded in our society, like who’s called for a job interview, who’s encouraged to aim for university and who’s not, or who gets carded (by police) on their way home from school.”

With files from CBC, CTV, Postmedia Network, Globe and Mail