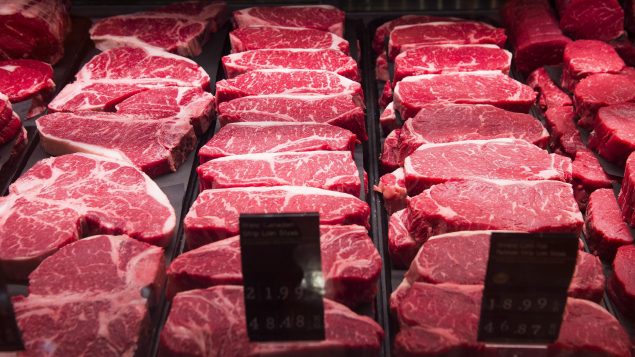 Counterfeit veterenary health certificates from a Canadian pork producer have prompted China to consider halting all meat products from Canada. Beef cuts are shown at a Loblaws store in Toronto on Thursday, May 3, 2018. (Nathan Denette/THE CANADIAN PRESS)

China has asked Canada to suspend all pork and beef exports due to a falsified export certificate, the association representing Canadian meat producers confirmed Tuesday.

The Canadian Meat Council said the ban, which came into effect Tuesday evening, was prompted by a falsified certificate for a pork product.

“It is unclear why beef products have also been suspended,” the council said in a statement, adding that the Canadian government was seeking clarification from Chinese officials.

“Meat processors along with the entire meat and livestock industry are extremely concerned as this will have a significant business impact on our sector and will create huge financial loss for our industry,” the council said.

According to a statement released by China’s embassy, earlier this month, a batch of pork from Canada was found to contain residues of ractopamine, a feed additive banned in many countries but legal in Canada. Imports of pork from the Quebec-based facility were halted pending an investigation on the Canadian side.

“The subsequent investigation revealed that the official veterinary health certificates attached to the batch of pork exported to China were counterfeit and the number of those forgery certificates was up to 188,” the statement said.

Minister of Agriculture and Agri-Food Marie-Claude Bibeau said the Canadian Food and Inspection Agency (CFIA) identified an issue “involving inauthentic export certificates that could affect the export of pork and beef products to China.”

“The CFIA has taken measures to address this issue and is continuing to work closely with industry partners and Chinese officials,” Bibeau said in a statement. “CFIA is investigating this issue and has informed appropriate law enforcement agencies.”

The meat ban comes as relations between Ottawa and Beijing have soured after Canada arrested Huawei executive Meng Wanzhou in December on an extradition request from the United States. China detained Canadians Michael Kovrig and Michael Spavor in apparent retaliation. 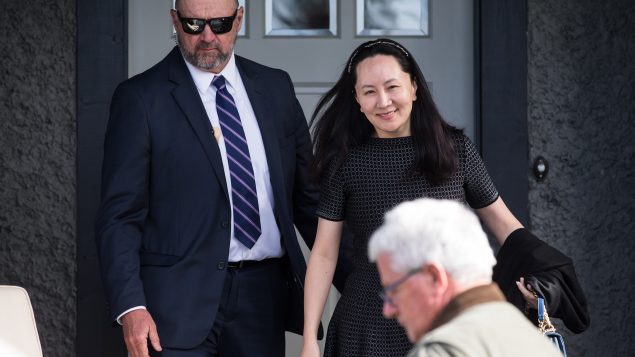 Prime Minister Justin Trudeau is set to depart Wednesday for a G20 leaders’ summit in Japan, where he is expected to rely on U.S. President Donald Trump to raise the plight of the two detained Canadians during a meeting with Chinese President Xi Jinping.

“It is clear that this is not an issue of food safety, but a political issue caused by Justin Trudeau’s incompetence and weakness on the world stage,” Berthold said in a statement.

“And while this has been taking place, the Trudeau Liberals have failed to take decisive action and stand up to the Chinese government,” Berthold said, without specifying what kind of decisive action the opposition Conservatives want the government to take.

Beef exports to China in particular almost quadrupled this year compared to last year, the council said, as China started importing more beef from other countries at the expense of imports from the U.S., with whom it’s waging a protracted trade war.