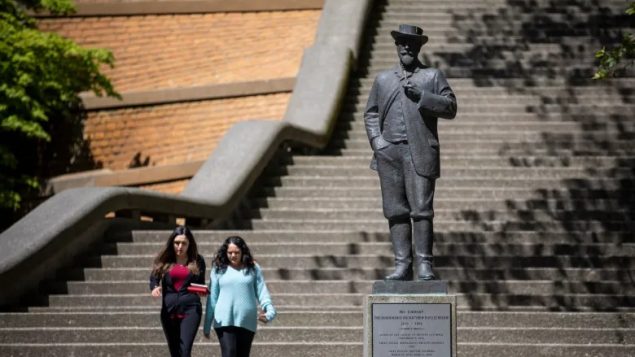 The statue of Judge Matthew Begbie was removed from the front of the New Westminster courthouse on Satuday.(Ben Nelms/CBC)

Another statue of a now-controversial historical figure has been removed from a public square in British Columbia.

The New Westminster city council voted to remove it in May.

Last year, a statue of John A. Macdonald was removed from Victoria City Hall. 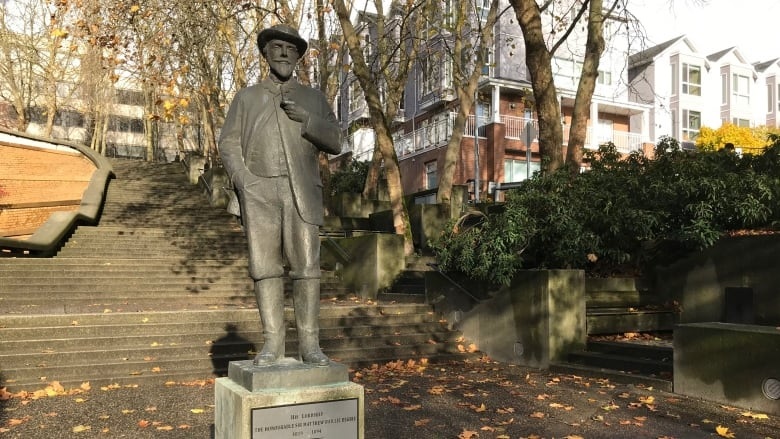 Macdonald was Canada’s first prime minister but was also an architect of the Indian Residential School System, which ripped more than 150,000 children from their families where many suffered emotional, physical and/or sexual abuse.

Begbie is perhaps best known for his role in the wrongful hanging of five Tsiljqot’in chiefs near Quesnel in 1864, and a sixth a year later in New Westminster.

Similar disputes continue to simmer–and sometimes erupt--across Canada over commemorative names and statues of historic figures who had a role in the cultural oppression of Indigenous peoples. 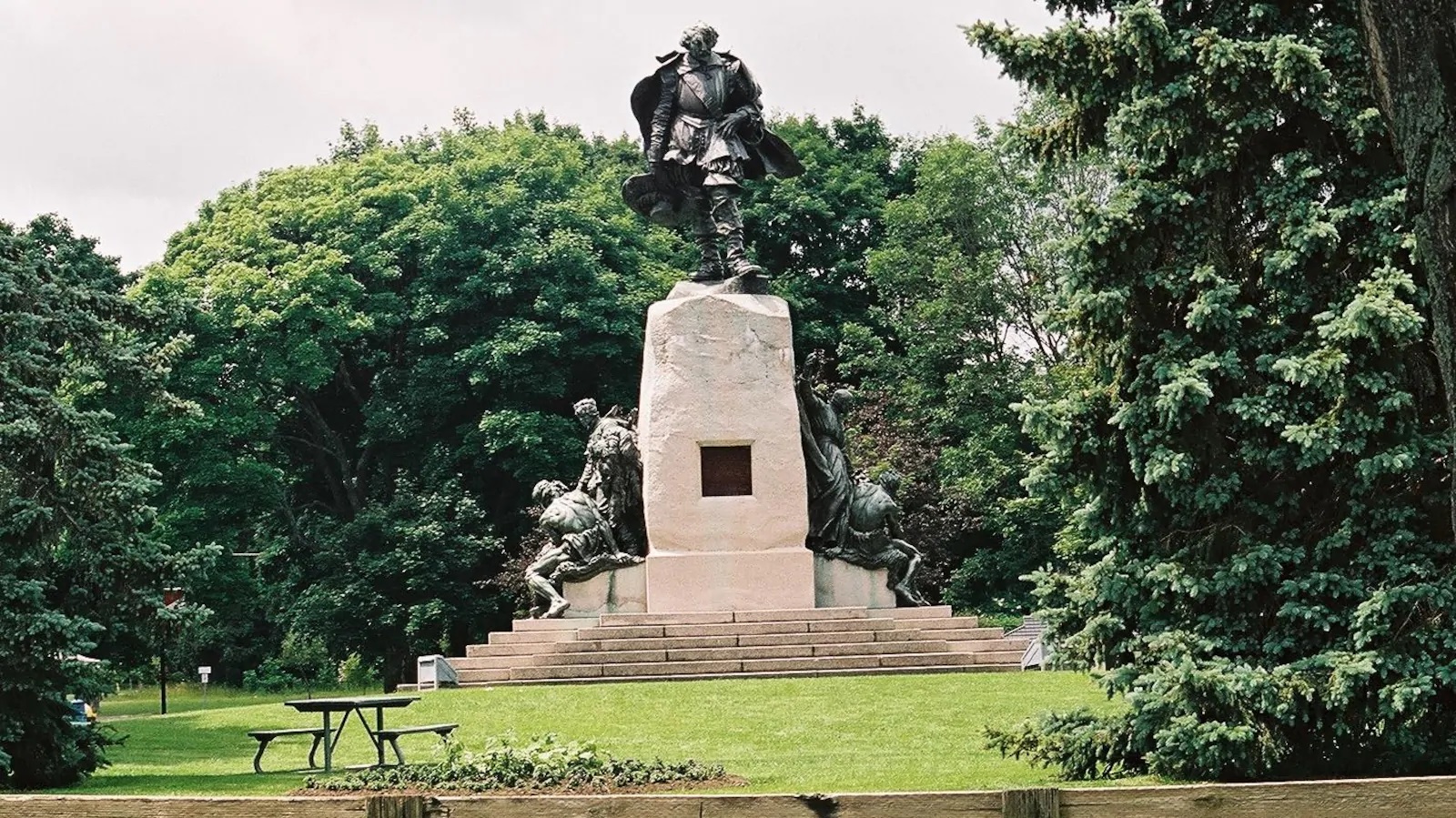 A monument of the French explorer Samuel de Champlain, erected in 1925 and removed in 2017, is causing controvrersy in the town of Orillia, Ontario. (ici.radio-canada.ca/Orillia City Archives)

In Orillia, Ontario Ontario, things are coming to a head over a harbourfront statue of French explorer Samuel de Champlain that was removed in 2017.

Last year, a statue of Edward Cornwallis, Halifax’s controversial founder, was removed from the park that also carried his name.

As some monuments are removed while others remain or re-assembled, Canadians continue to debate the issue, though mostly minus the antipathy and vehemance that marked the debate two years ago over the removal of Civil War monuments in the U.S. 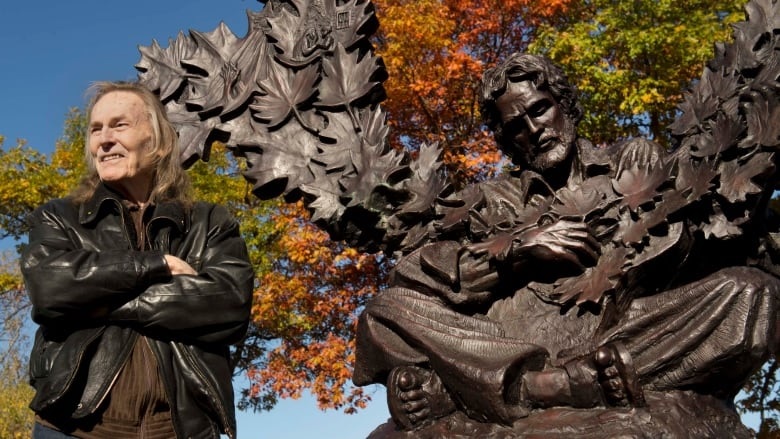 One statue that is not coming down any time soon: Gordon Lightfoot’s in Orillia.