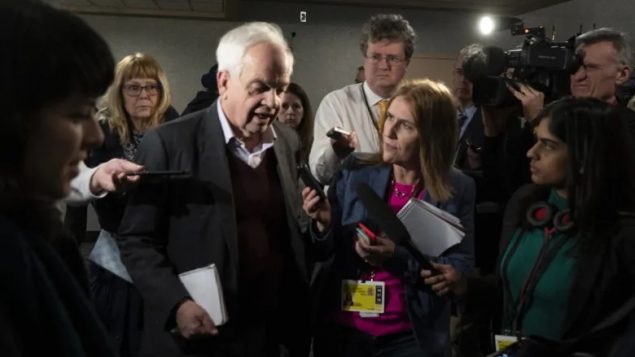 Then ambassador John McCallum leaves a federal cabinet meeting in Sherbrooke, Que., Jan 16. He was fired for making improper statements in the Meng Wanzhou case, and now is accused of statements appearing to ask China to meddle in the election. (Paul Chiasson/The Canadian Press)

In light of accusations that there was foreign influence in the last U.S. election, Canada’s Liberal government for the past several months has been warning of potential meddling in this country’s general election coming in October.

According to a statement reported by Buzzfeed and the Toronto Star, the Canadian Security Intelligence Service (CSIS) says “threat actors” are already trying to influence Canadian citizens, adding “over the years (CSIS) has seen multiple instances of foreign states targeting specific communities here in Canada, both in person and through the use of online campaigns.”

The reports say that diaspora communities in Canada are being targeted to try to sway the coming election.

John McCallum is a former politician with a long career in the Liberal Party. With close personal connections to China, he was appointed as Canada’s ambassador to China in 2017 but lost his job this year allegedly for improper comments which appeared to support Huawei executive Meng Wanzhou who had been arrested in Canada on an extradition request from the U.S. 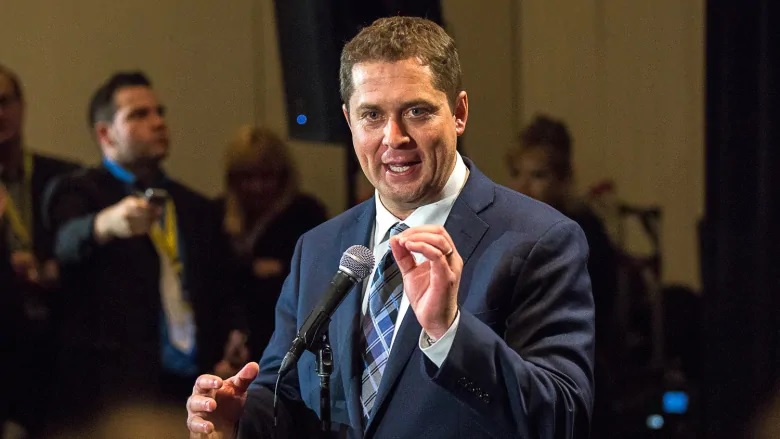 Now an adviser for a private international law firm, McMillan LLP, some analysts and the opposition party Conservatives are accusing McCallum of meddling in the upcoming election.

In an interview this week with the South China Post, he allegedly said further sanctions against Canada would “help the Conservatives” going on to say they would be much less friendly to China than the Liberals. This has been interpreted as suggesting to the Chinese to act in a manner that would influence the election.

Reaction has been swift and loud with widespread condemnation of the statements in many media outlets.

Another former Canadian ambassador to China tweeted that McCallum’s statements were “appalling in so many ways”. 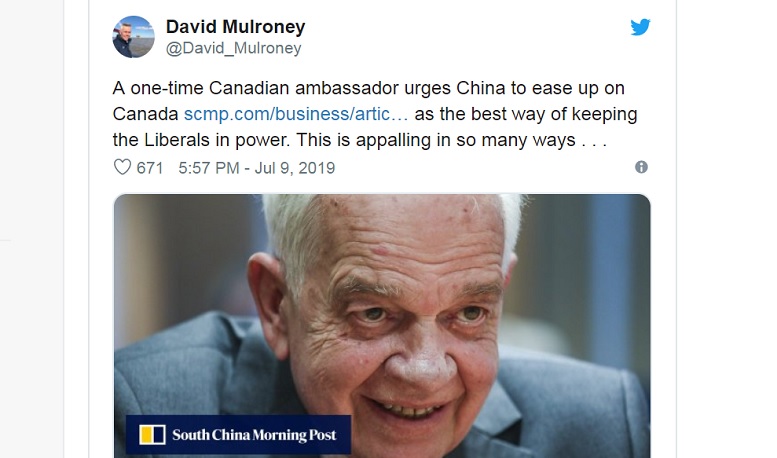 In a statement on the opposition Conservative Party website, leader Andrew Scheer said,  “I forcefully and unequivocally condemn recent comments by high-profile Liberals encouraging the Chinese government to help re-elect the government this October. This invitation of foreign interference in the Canadian election – to a regime that has proven itself hostile to Canadian interests – is absolutely reprehensible”.

Foreign Affairs Minister Chrystia Freeland speaking to reporters from London has said that McCallum’s remarks were “inappropriate” and insisted they do not represent the Liberal government.

One comment on “Claims of foreign interference in upcoming election”