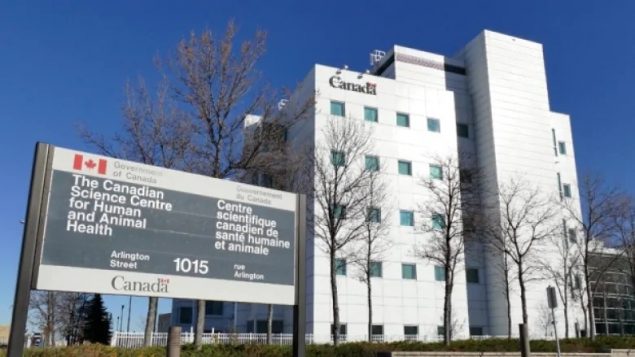 The high security National Microbiology Lab in Winnipeg is one of only a handful in North America capable of handling the world's most dangerous pathogens such as Ebola. (Trevor Brine/CBC)

It’s now being reported by the CBC and others that the Royal Canadian Mounted Police, escorted a Chinese researcher from Canada’s only Level-4 virulogy lab on July 5 over what is being described as a possible “policy breach” and an “administrative matter”.

Qiu Xiangguo, her husband Keding Cheng, and several Chinese students have had their security access revoked as well. She had come to Canada for graduate studies in 1996 and as she has advanced, has brought many Chinese students over to study with her at the Winnipeg facility and the University of Manitoba. 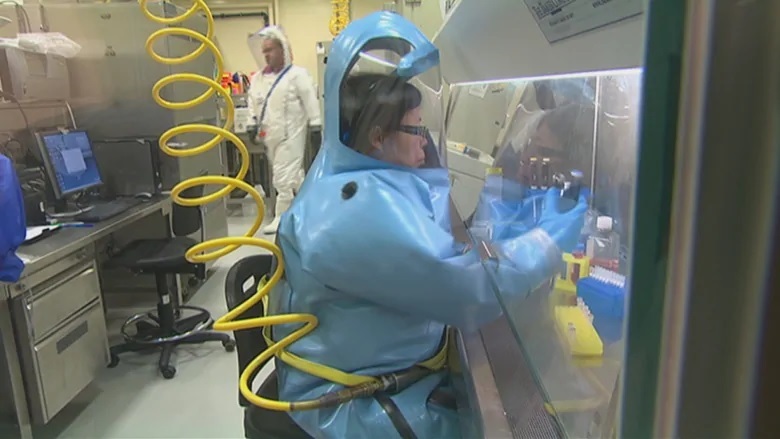 Others at the lab, speaking anonymously to CBC said the students spoke little English and kept to their own group.

It was also noted that Qiu had made many trips back to China although recently management has stopped authorizing these work trips.

Last year Qiu was awarded the Governor-General’s award for innovation after helping develop the ZMapp treatment for the deadly Ebola virus. She was the current head of the Vaccine Development and Antiviral Therapies section in the Special Pathogens Program at the lab.

The National Microbiology Lab (NML) is the only one in Canada, and one of only a handful in N. America capable of handling the world’s most dangerous human and animal diseases.

Few details regarding the removal of the Chinese researchers are available.  A spokesperson from the Public Health Agency of Canada (PHAC) said no one is under arrest or confined to their home. The RCMP emailed the CBC saying, there is no threat to public safety at this time.

Gordon Houlden is  the chairman of the University of Alberta’s China Institute. Quoted by the CBC he said that although nothing has been proven, microbiology research could “have issues that involve national security”.

Others are wondering how this latest situation will play against the backdrop of a serious chilling of relations between Canada and China following the detention in Canada of a Huawei executive, Meng Wanzhou, on an American extradition request. This was followed by the arrest of two Canadians in China, generally believed to be on trumped up charges of security threats, and blockage of many Canadian food imports, creating a serious blow to Canadian farmers.