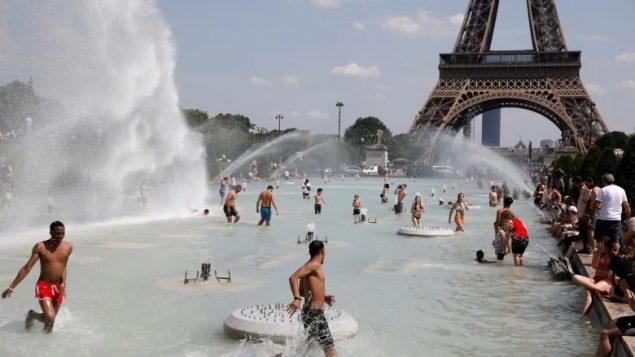 People cool off in the Trocadero fountains across from the Eiffel Tower in Paris last week. A study released Friday shows last month's heat wave in Europe was made more intense by human-caused climate change. (Charles Platiau/Reuters)

As the World Meteorological Organization was announcing that July was likely the hottest month in recorded history and new study published Friday found that last week’s record-breaking temperatures in Europe were made more intense by human-caused climate change, the so-called “travelling heat wave” has settled over Greenland, causing billions of tons of ice to melt into the ocean

The Greenland heat follows similar “unprecedented” temperatures in parts of the Canadian Arctic two weeks ago.

Danish weather experts say more than 10 billion tonnes of surface ice melted into the oceans on Wednesday alone, bringing the mass ice loss from Greenland in July to 197 billion tonnes. 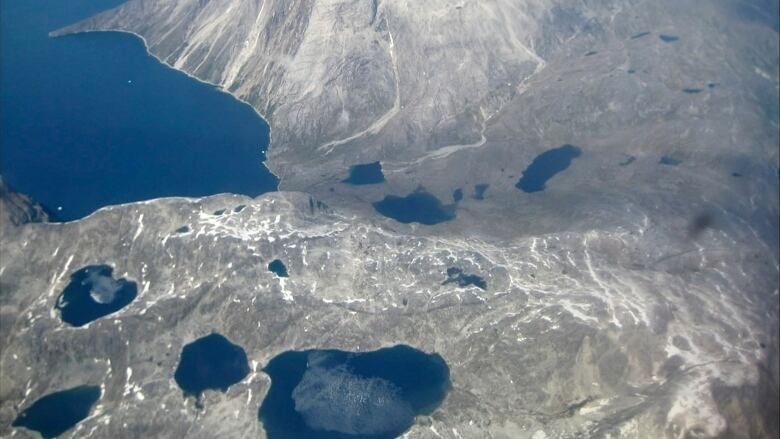 As the World Meteorological Organization announced that July was likely the hottest month in recorded history, the so-called ‘travelling heat wave’ that stuck Europe last week is now over Greenland, sending billions of tons of melting into the ocean.(Keith Virgo/The Associated Press)

(The loss of one billion tonnes is the equivalent to about 400,000 Olympic swimming pools.)

Greenland, the world’s largest island, is located between the Atlantic and Arctic oceans. Eighty-two per cent of its surface is covered in ice.

A study by U.S. and Danish scientists in June found melting ice in Greenland will add between five and 33 centimetres to rising global sea levels by the year 2100.

On Thursday, the secretary-general of the World Meteorological Organization, Antonio Guterres, said July “at least equalled if not surpassed the hottest month in recorded history.”

Guterres the record temperatures followed the hottest June ever and were especially significant “because the previous hottest month, July 2016, occurred during one of the strongest El Nino’s ever.”

He said the last five years are now on track “to be the five hottest years on record.”

With files from CBC, AP, CP