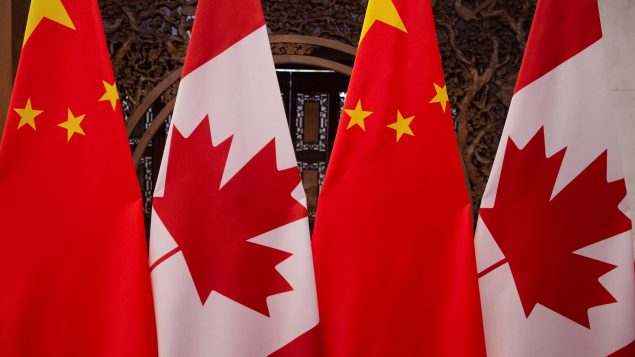 Picture of Canadian and Chinese flags taken prior to the meeting with Canada's Prime Minister Justin Trudeau and China's President Xi Jinping at the Diaoyutai State Guesthouse on December 5, 2017, in Beijing. (Fred Dufour/Pool via REUTERS)

Chinese officials accused Foreign Affairs Minister Chrystia Freeland of “meddling” in China’s internal affairs Sunday and warned that Beijing’s response to ongoing protests in Hong Kong “brook no interference by any other country, organization or individual.”

The warning by an unnamed spokesman for the Chinese embassy in Ottawa followed a joint statement by Freeland and EU foreign policy chief Federica Mogherini calling on Beijing to uphold “fundamental freedoms, including the right of peaceful assembly” in Hong Kong in the wake of escalating tensions between pro-democracy protesters and police.

More than a million anti-government protesters marched in largely peaceful protests in Hong Kong on Sunday in the 11th week of what have been often violent demonstrations against Beijing’s tightening grip over the former British colony.

“It is crucial that restraint be exercised, violence rejected and urgent steps taken to de-escalate the situation,” the two leaders said in their statement.

“Fundamental freedoms, including the right of peaceful assembly, and Hong Kong’s high degree of autonomy under the ‘one country, two systems’ principle, are enshrined in the Basic Law and in international agreements and must continue to be upheld.” 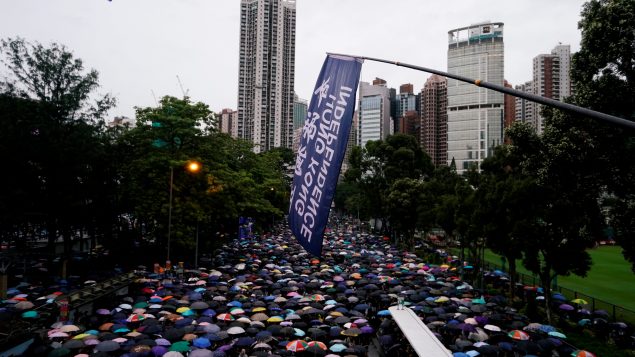 The Chinese Embassy said in a statement on its website that Canada should “immediately stop meddling in Hong Kong affairs and China’s internal affairs.”

“Under the current situation, the Canadian side should be cautious on its words and deeds regarding the Hong Kong related issue,” the statement said.

“The relevant protests and demonstrations in Hong Kong have already deteriorated and evolved into extreme violence. In face of such severe violence and offences, no government with a sense of responsibility would sit idly by,” it added.

According to Canadian officials, there are about 300,000 citizens living in Hong Kong.

Ottawa and Beijing have been caught up in a bruising diplomatic row since Canada’s detention of top Huawei executive Meng Wanzhou on a U.S. arrest warrant in December.

Meng has been released on bail awaiting results of her extradition hearing but Beijing demands her immediate and unconditional release.

Beijing has also ramped up economic pressure on Canada by blocking imports of some key Canadian commodities.