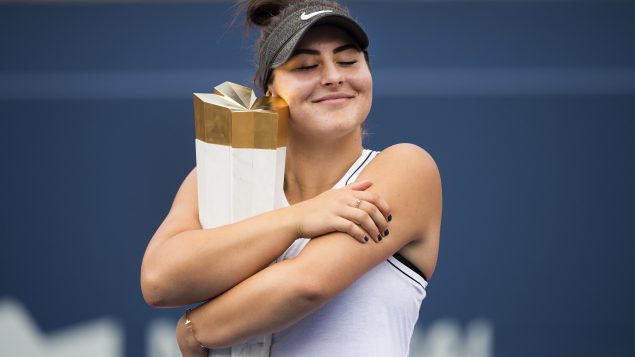 Bianca Andreescu, seen after winning the Rogers Cup earlier this month, is having the summer of her dreams. (Nathan Denette/Canadian Press)

Bianca heads to the Big Apple, heart on sleeve, racket in hand

It is now time for the next chapter of “How I Enjoyed My Fabulous Summer” by Bianca Andreescu, the force of nature who hit the international tennis scene this spring in a place called Indian Wells, California, disappeared for a while because of injuries, and then re-emerged victorious in August in her hometown of Toronto, winning the Rogers Cup.

She’s at the Queen’s end of New York City at the moment, Flushing Meadow, to be exact, where she has been seeded No. 15 in the U.S. Open, the final Grand Slam event of the season, where the main draw gets underway on Monday.

Does she have a shot at winning? 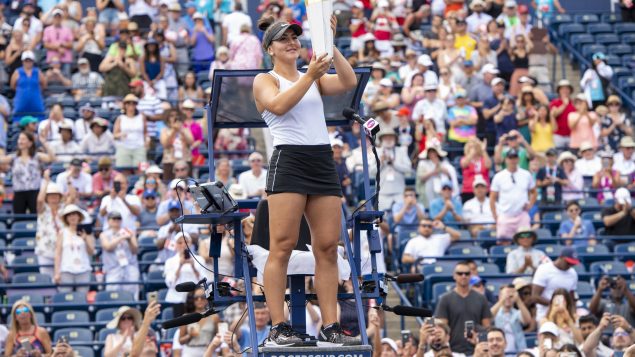 Can Andreescu, seen celebrating after defeating Serena Williams of the USA in the Rogers Cup, contend in New York? She very well could. (Frank Gunn/Canadian Press)

We will speak in just a sec with Stephanie Myles, the editor-in-chief of tennis.life  whom I believe to be Canada’s top tennis analyst, about Andreescu’s chances of winning.

At the very least, Andreescu will provide people across this long country the opportunity to slide into autumn with maybe more on their mind that getting the kids settled at school, or stewing about getting the snow tires out of storage before the first snowfall.
(That’s not a joke. Ask a Canadian.)

As for the fellas, Félix Auger-Allissime (No. 18 seed) and Denis Shapovalov, (ATP No. 38) will meet in the first round as they did a year ago. 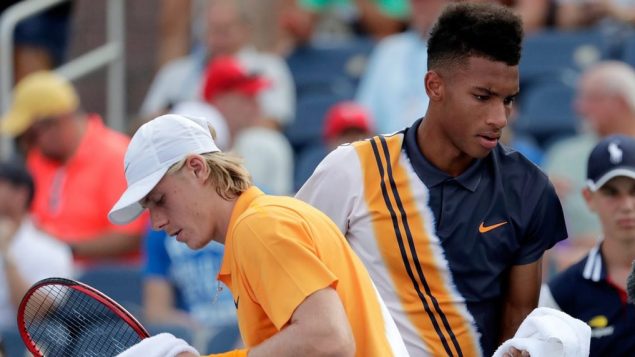 And Milos Raonic (No. 21 seed) will take another run at a Grand Slam title, a run that over the years that has been constantly plagued by injuries.

Raonic will face World No. 64 Nicolas Jarry, of Chile.

Any one of the Canadian men is capable to getting hot and making it to the second week, but not a lot of punters will be putting their dough on any of them to win the title.

Here is my conversation with Stephanie Myles about Andreescu’s chances.