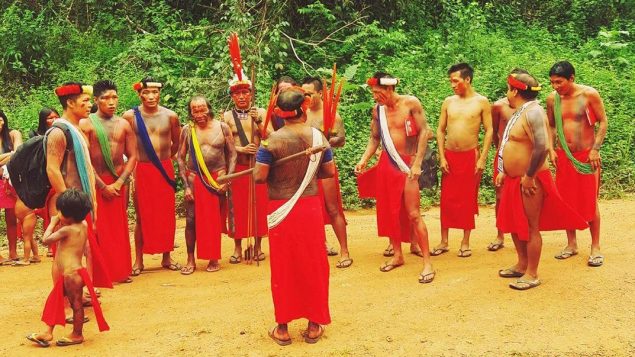 The head of the Assembly of First Nations says Canada needs to press Brazil to “end its violence” against Indigenous Peoples.

In a letter to Foreign Affairs Minister Chrystia Freeland, Chief Perry Bellegarde says he has “grave concerns” over what he calls invasions and attacks by gold miners, ranchers and loggers on Indigenous territories in Brazil’s northern Amazon region. 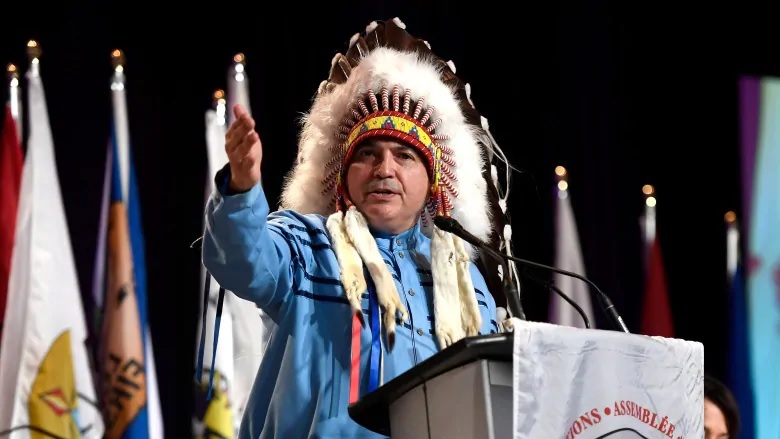 Assembly of First Nations National Chief Perry Bellegarde (seen in 2018) is calling on Canada to press Brazil over its treatment of Indigenous Peoples. (Justin Tang/Canadian Press)

Freeland’s office says the minister has spoken with Bellegarde about both the letter and the situation in Brazil, where there are currently over 75,000 wildfires burning in the rainforest throughout the country–an 80 per cent increase over last year, according Brazil’s National Institute for Space Research.

“Canada is extremely concerned by the fires in the Amazon rainforest and their impact on Indigenous people who have lived there for generations,” Foreign Affairs said in a statement. 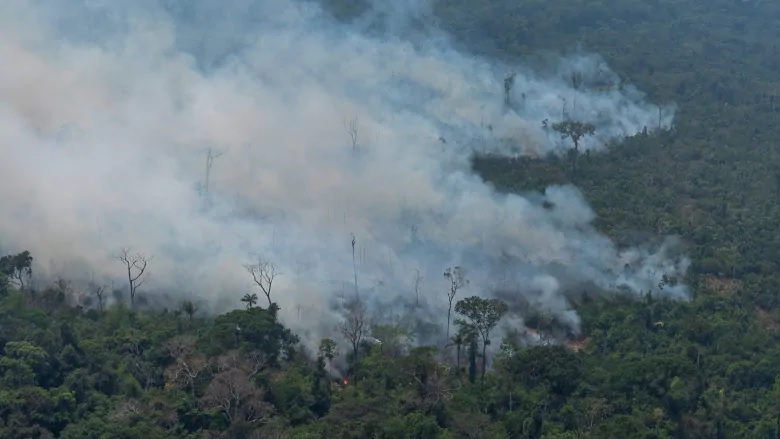 Fire consumes an area near Porto Velho, Brazil last month. Brazilian state experts have reported a record of nearly 77,000 wildfires across the country so far this year. Brazil contains about 60 per cent of the Amazon rainforest, whose degradation is having severe consequences for global climate, rainfall and Indigenous Peoples in the region. (Victor R. Caivano/Associated Press)

The statement said Freeland has recently spoken with the foreign ministers of Brazil, Bolivia and Peru about the Amazon wildfire situation.

Brazil’s 1988 Constitution enshrined about 14 per cent of the country’s land for Indigenous Peoples, many of whom live in the Amazon rainforest. 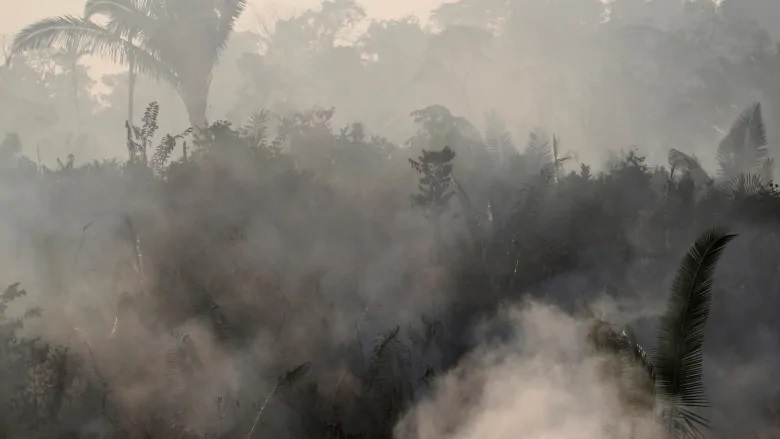 A fire burns in the Amazon rainforest near Humaita, Amazonas State, Brazil, on Aug. 14. (Ueslei Marcelino/Reuters)

Indigenous advocates say the Brazilian government’s push to escalate agricultural and mining developments in the Amazon at the expense of Indigenous rights actively brought about the ongoing wildfire crisis.

Another First Nations leader, Jody Wilson-Raybould, a former AFN regional chief and a former justice minister in Prime Minister Justin Trudeau’s cabinet, supported Bellegarde’s view, saying that the survival of Indigenious Peoples in the Amazon is at risk. 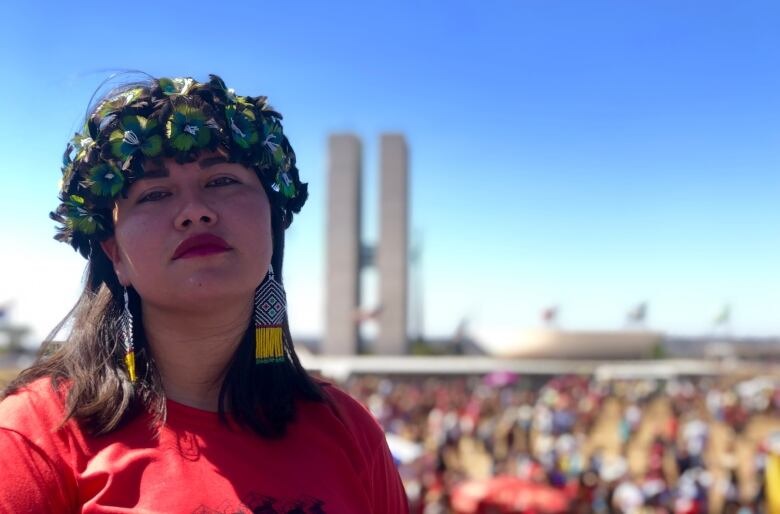 “They are a vanguard, they are on the bleeding edge of the reality of development, of recognizing the importance of the survival of communities and what Indigenous communities have to offer in terms of stewardship and Indigenous knowledge,” Wilson-Raybould, who will run as in independent candidate in this fall’s federal election, told CBC News.

With files from CBC, The Guardian