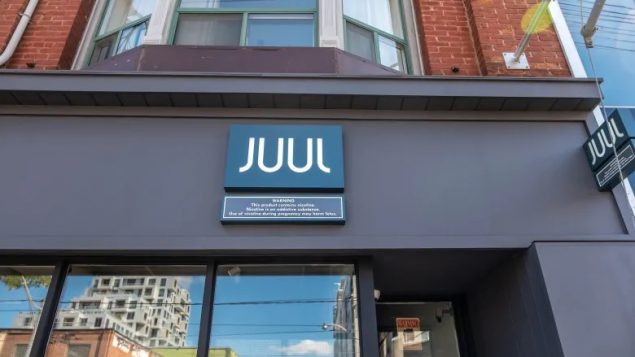 Juul opened its first Canadian store this summer. A notice of civel lawsuit against the giant e-cigarette maker has been filed in British Columbia. (Albert Leung-CBC)

Two men have filed a notice of claim against Juul Labs Canada and  Juul Labs Inc. saying they were mislead about the safety of vaping, and the e-cigarette firm targets minors with misleading advertising.

The papers have been filed in British Columbia Supreme Court by Jaycen Stephens and Owen Mann-Campbell who are also seeking to have the case named as a class-action suit.

The men say they began vaping a year ago at age 18, claiming a number of health symptoms including shortness of breath, chest pains, and anxiety along with an increased addiction to nicotine.

They say that had the products were promoted as a safer and healthier option than tobacco, and that they would not have started vaping had they had accurate information about health complications from e-cigarettes. 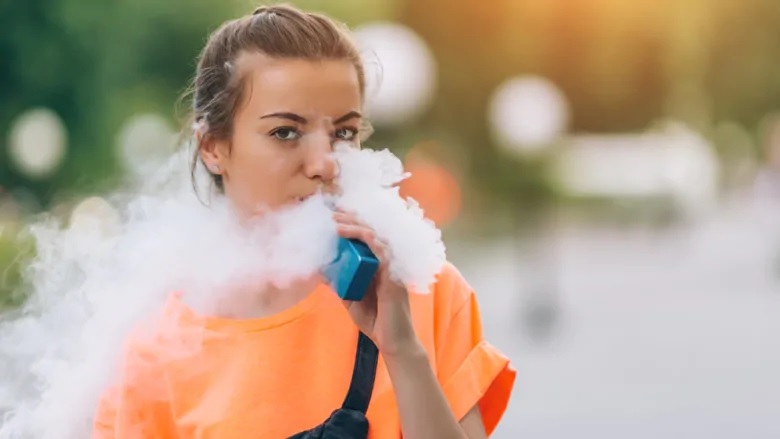 Originally promoted as a safer alternative to tobacco, vaping has grown exponentially among young people. Hundreds of lung illnesses have been reported in the U.S as well as 10 deaths, all suspected to be connected to vaping. ( Aliaksandr Barouski-Shutterstock-CBC)

None of these allegations have been proven in court.

Juul’s president resigned suddenly last month, and the company has ceased all advertising in the U.S., but not in Canada.

In the U.S there are now a reported 10 deaths related to vaping, Hundreds of other cases of pulmonary illnesses have been reported there as well.  In Canada there has been one suspected case of illness, and one confirmed case related to vaping.