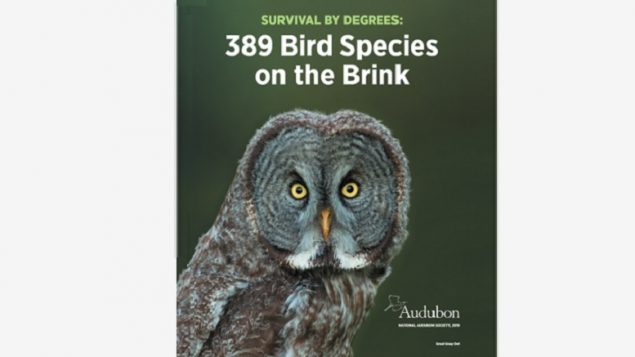 A new Audubon Society report says a majority of the continent's bird species and populations are threatened by climate change. (Audubon Society)

A new study just released by the Audubon Society shows that about two-thirds of the continent’s birds are going to be negatively affected by climate change.

The report presents three scenarios of the effects ranging from the international goal of limiting warming to 1.5 degrees Celsius, to an increase of 3 degrees of global warming.  It’s called “Survival by Degrees: 389 Bird Species on the Brink”

Jeff Wells of the Audubon Society talks about the new study showing severe risks to most of the contintent's birds from warming and climate change.

The report suggests that about 66 per cent of current species are going to be negatively affected by climate change.  Another recent report showing that North America has billions of birds fewer than there were in the 1970’s. 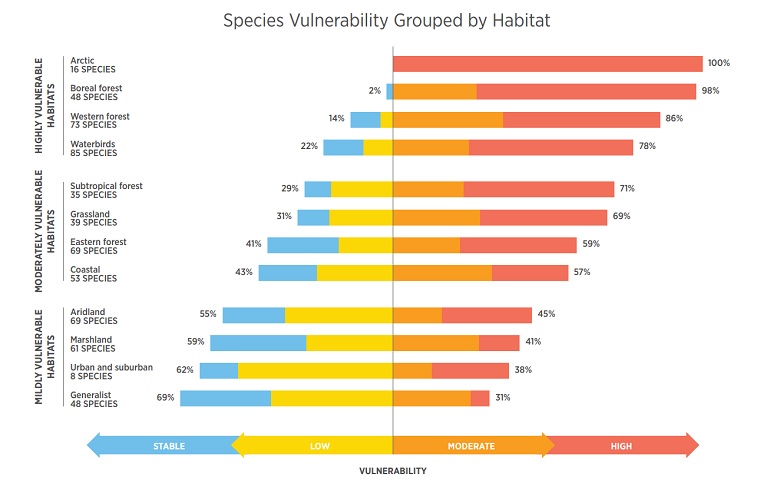 Audubon report on vulnerability of species

This latest report differs in that instead of looking at past and current levels of bird populations, it looks at current and future scenarios.

While the report paints a very worrisome future Jeff Wells says the idea behind the report is to show people what could happen if no serious actions are taken to reduce greenhouse gas emissions. He hopes reports like this will further spur such actions.