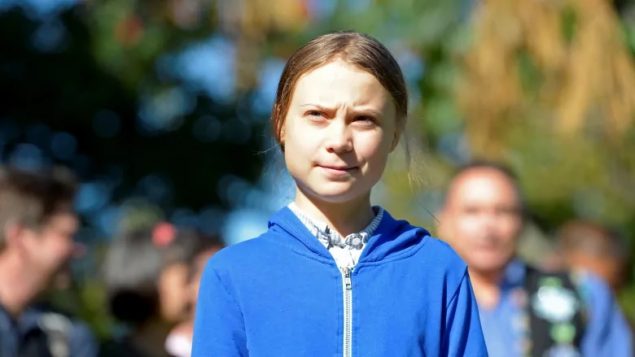 Climate change teen activist Greta Thunberg will visit Alberta in the near future, but not dates have been set. (Andrej Ivanov/Reuters)

The world’s most famous climate activist plans to return to Canada soon–visiting Alberta, the province at the heart of the country’s oil production.

Greta Thunberg tweeted Sunday that she will be heading north following “a few days of well needed rest while enjoying the spectacular nature of Wyoming, Idaho and Montana.”

She gave no details of the visit, which will be her second to Canada. 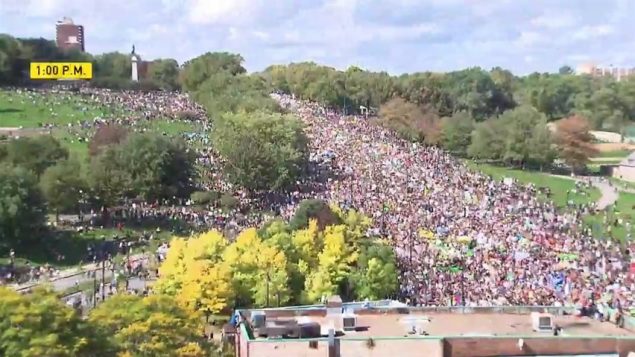 The Sept. 27 rally in Montreal may have been the largest-ever demonstration in Montreal. (CBC)

A sister rally that day in Toronto drew about 15,000 while several hundred people turned out in Calgary.

How the 16-year-old Thunberg will be greeted in Alberta remains unknown. 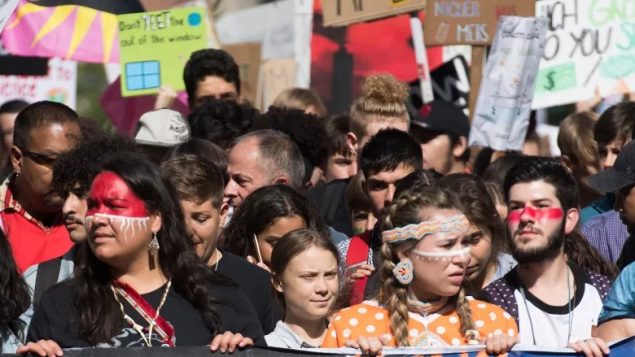 At a rally in South Dakota last week, Thunberg spoke out against the proposed path of the Keystone XL pipeline, which would carry crude from Alberta through Montana, South Dakota and Nebraska and social media reaction to her Alberta visit has been mixed.

While in Montreal, she met with Canadian Prime Minister Justin Trudeau, but it is unclear if she will meet with Alberta Premier Jason Kenney

Since arriving in North America in August, Thunberg has led rallies in numerous cities, testified before the U.S. Congress and addressed the U.N.’s Climate Action Summit.

She says she plans to continue to keynote Fridays for Future rallies as she moves south to attend a UN climate conference in Chile in December.