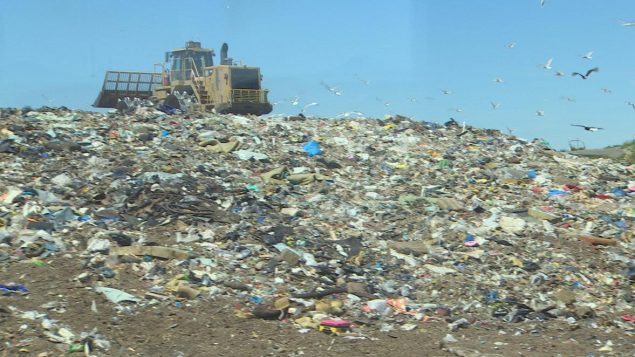 With an average Canadian producing nearly 673 kilograms of waste per year, Canada is the eighth most waste-producing country among the member states of the Organisation for Economic Co-operation and Development (OECD), according to a new study.

The study conducted by the waste management company Sensoneo ranked OECD countries according to the sheer volume of waste produced and how much of that waste ended up in landfills and open dumps, instead of being recycled or incinerated.

The Global Waste Index analysed the most common methods of processing waste – recycling, incineration, landfill, open dumps – as well as the amount of waste generated per capita and the amount of unaccounted waste.

The index scored the 36 countries within the OECD, adding or subtracting points relative to the amount of CO2 emissions, methane, and environmental contamination each method causes on average.

Despite the country’s environmentally friendly image, Canada ranks worse than the U.S., the world’s largest producer of waste per capita, in its waste management, the study found.

Every year, Canada sends 510 kilograms of waste per capita to over 10,000 landfill sites across the country.

The index ranks Canada fourth among OECD countries for the level of per capita consumption, behind the U.S., Denmark and New Zealand.

At the same time, Canadians recycle only 20 per cent of their total waste, about 145 kilograms per person, way behind Icelanders, who recycle more than half of the waste they produce (over 360 kilograms per capita).

Turkey ranks as the worst manager of waste, while South Korea gets the best overall score. South Koreans generally produce only 359 kilograms of waste per capita, nearly twice less than Canadians.