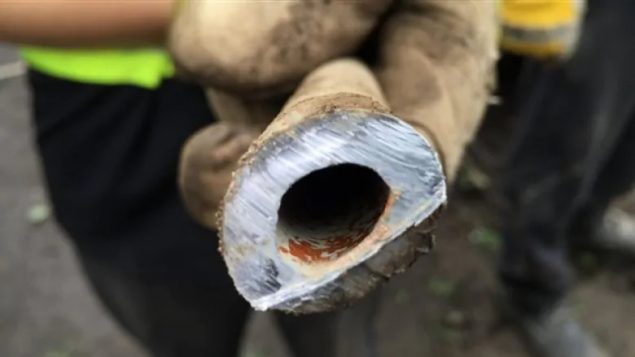 Tens of thousands of homes in cities across Canada still have lead water pipes. The heavy metal can leach out potentially causing health problems expecially in young children with developing brains, and in adults creating kidney problems (Thomas Gerbet Radio-Canada)

An investigation this month by two news outlets in collaboration with Montreal’s Concordia University found that provincial lead contamination was using a sampling method that was underestimating lead levels in the water supply.  The group tested five cities across the province and found that there were 466 tests showing a higher than the previous 10microg/l acceptable level.

Lead exposure can lead neurological development in the foetus and in young children whose behaviour may also be affected. It can also lead to increased blood pressure or kidney problems in adults.

Lead was a common material from which pipes were made up until the 1950’s in many places, and in some Quebec construction even into the 70’s. Literally tens of thousands of homes in cities across Canada are likely to have lead water pipes.

Montreal, one of Canada’s oldest cities, had been working on a 20 year plan to replace the city’s lead pipes starting in 2007.  When doing street repairs if a lead  city conduit was found, it was replaced. The city has also been advising residents to change their water entries from the city pipe into their homes. This was a costly venture and many homeowners and landlords have not been doing so in spite of potential health risks. 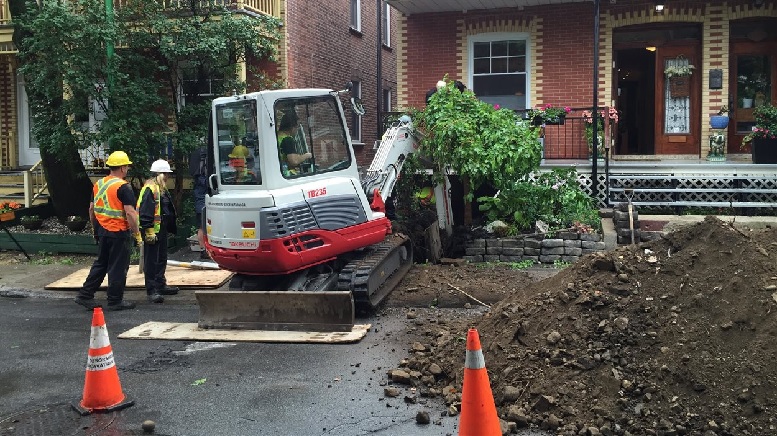 Montreal has announced that it won’t wait for homeowners but change residential pipes from the street to the house at the same time it is changing old city pipes, but charge the homeowner for the work. In Halifax the city has a compensation plan. Other cities have their own individual plans (Thomas Gerbet Radio Canada)

Now Montreal has announced that in order to speed up the process, when it replaces a city conduit, if the residential pipes are found to be lead, they will be replaced at the same time and the homeowner charged for the replacement. To soften the financial blow, however the bill can be amortised over 15 years.

The provincial government now also wants all municipalities to reduce lead contamination in water through an identification process of homes where lead pipes are likely, a costing and replacement plan.