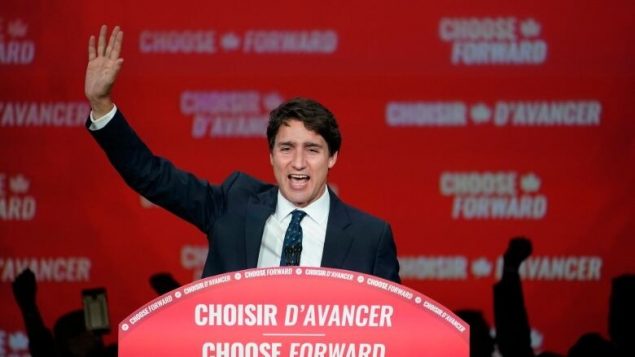 The results are in and the Liberal party under Justin Trudeau has been re-elected, albeit leading a minority government this time.

The results also show a country very divided with a the nationalist Bloc Quebecois party resurrected in the mostly French speaking province winning 32 of 78 seats, and a clear rise of western alienation with no Liberals elected in the provinces of Saskatchewan and Alberta,  11 out of 42 seats in British Columbia and 4 of 14 in Manitoba

Professor Sanjay Jeram (PhD) discusses what this will mean for the government. He is a political science professor at Simon Fraser University in British Columbia.

On a map of Canada, the riding rich area portion of Canada known as the Greater Toronto area, i.e. Toronto itself and closely surrounding area is miniscule. Yet, with about 50 seats, it comprises almost half of the vast province’s Ontario’s 121 ridings. And this relatively small, heavily populated region has more ridings than either Alberta, or even those of Saskatchewan and Manitoba combined. It has more seats than all four maritime provinces combined as well. 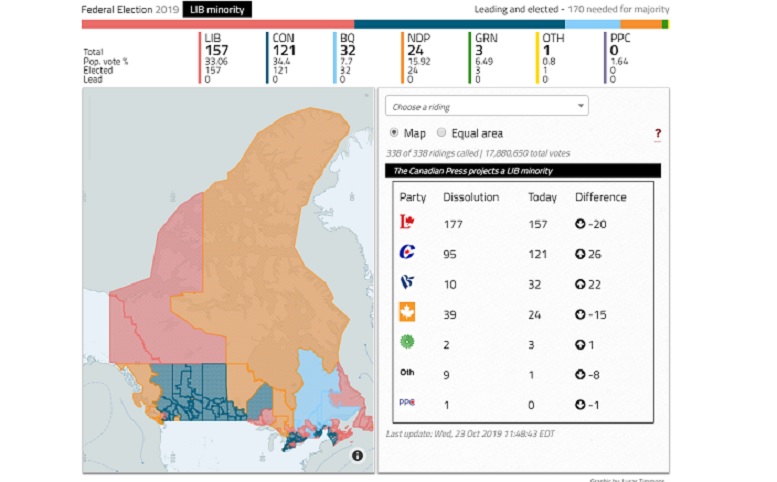 Blue=Conservative, Red=Liberal, Orange= NDP, Pale blue- Bloc
In Canada it is the population rate within a geographical area that determines boundaries, thus the tiny but heavily populated GTA has dozens of ridings but is not even visible on this map of Canada. In contrast the vast area of the Northwest territories constitutes only one riding. (Canadian Press- Lucas Timmons)

That tiny region  went almost entirely Liberal with 45 ridings won, thus wielding an undue influence over the votes elsewhere in the country and heavily contributing to the Liberal win. 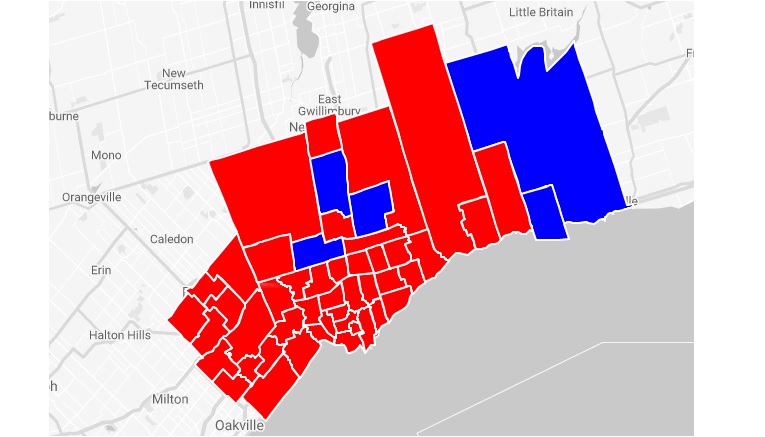 Jeram says Trudeau will have a difficult time trying to calm western alienation and those of Quebec’s nationalist aspirations. 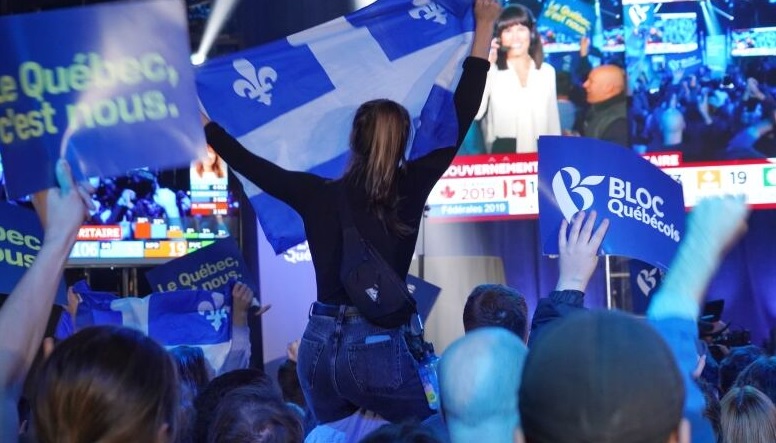 Bloc supporters chanted “on veut un pays” (we want a country) to which Bloc leader Yves-Francois Blancher responded “me too”. The ressurection of the Quebec separatist movement under Trudeau’s government will be a difficult challenge in this new government and minority situation (Charles Contant/CBC)

Additionally, Trudeau will need support from the either the Quebec nationalist Bloc, or the socialist NDP in passing legislation, and they in turn will demand acceptance of some of their policies in exchange. However, with a close vote count, and with potentially conflicting demands or positions on certain issues, a non-confidence vote remains a possibility.