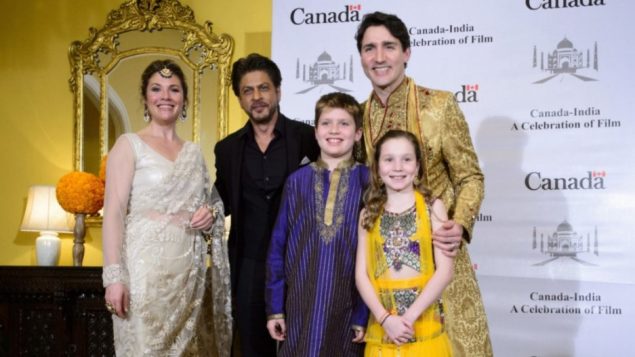 Canadian Prime Minister Justin Trudeau, right, his wife and their children pose with Bollywood actor Shah Rukh Khan, in Mumbai on Feb 20, 2018. The Bollywood star was dressed in subdued black, while the Trudeau’s were criticized for their excessive Bollyood “wedding” costumes. (SEAN KILPATRICK / THE CANADIAN PRESS

Hallowe’en has come and gone, and with it the annual chance to dress up in scary or humourous, or inspired costumes so enjoyed by children as they go door to door seeking candy treats, and for those adults who dress up for various Hallowe’en parties. 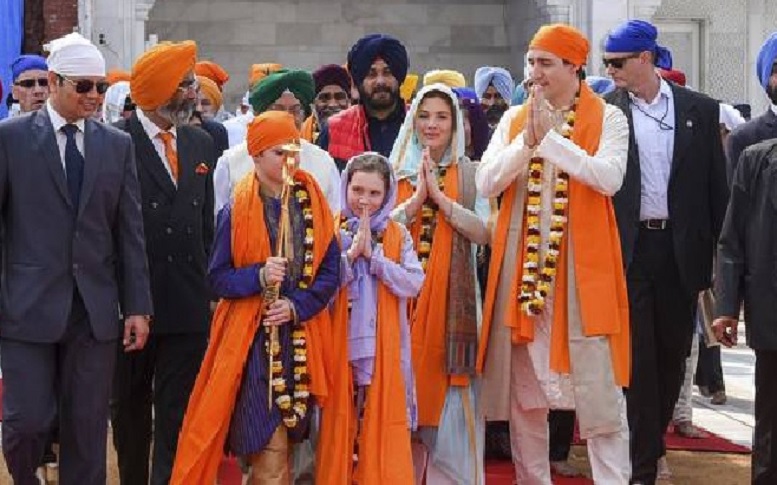 Trudeau and family in “traditional” dress, one of many different costumes worn during his controversial trip to India in February 2018 (Associated Press)

Canada’s re-elected Prime Minister Justin Trudeau has a reputation for liking to dress up in costume.

In past Hallowe’ens he has dressed as Clark Kent / Superman, both when taking his children around to collect candy and in Parliament. 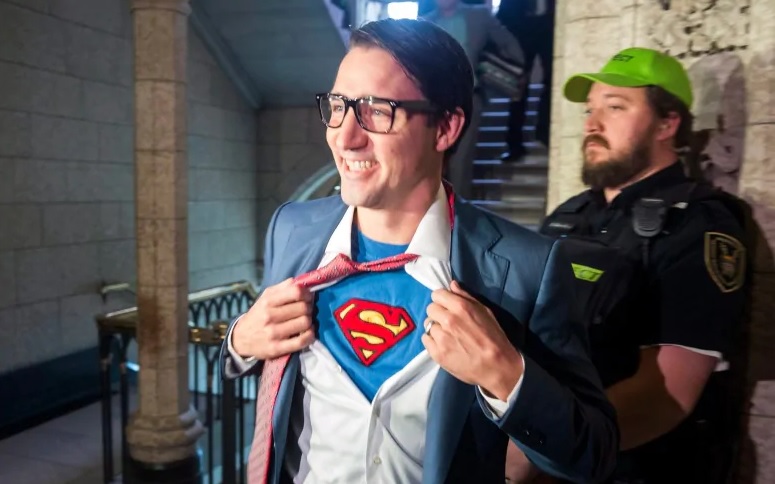 Prime Minister Justin Trudeau shows off his costume as Clark Kent, alter ego of comic book superhero Superman, as he walks through the House of Commons, in Ottawa for Hallowe’en in 2017 (Adrian Wyld/Canadian Press)

In 2015, he dressed up as Hans Solo from the Star Trek movie. 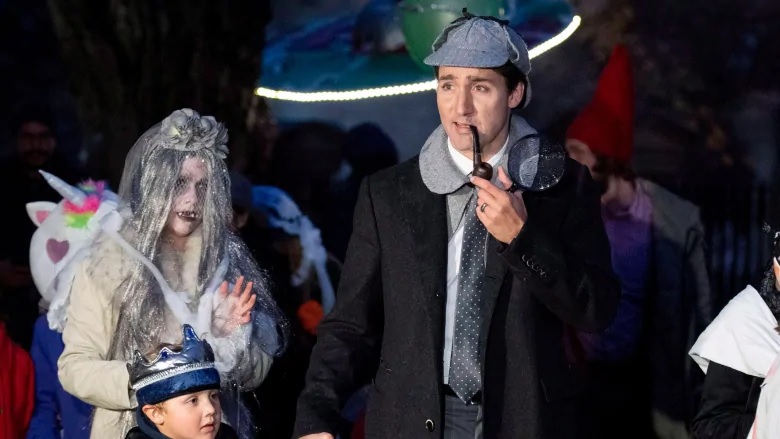 Dressed as Sherlock Holmes, Prime Minister Justin Trudeau walks with his son Hadrien as they go trick or treating at Rideau Hall on Halloween in Ottawa on Wednesday, Oct. 31, 2018. (Justin Tang/The Canadian Press)

But then there was the case earlier that year there was a lot of discussion, much of it negative, within Canada and internationally about Trudeau’s trip to India where he had his whole family dress up in “Bollywood” and several other “traditional’ Indian styles of dress. 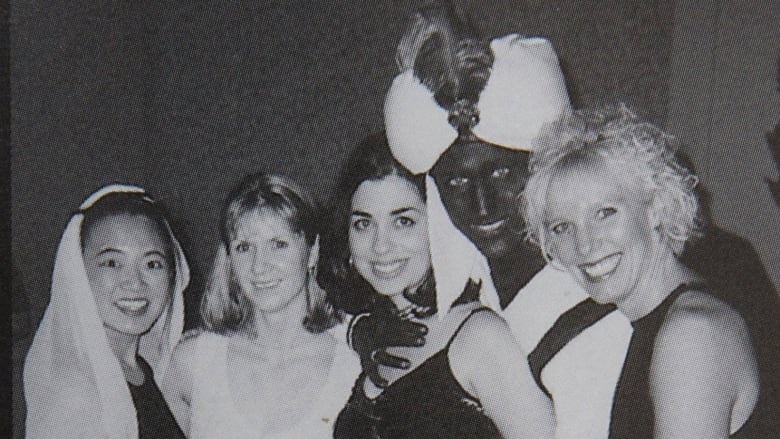 Trudeau in ‘brownface’ during a formal party in 2001 Other past incidents of him dressed in blackface revealed this year led to a huge scandal prior to the election.(Time.com via CBC)

This year however, after the scandals of the ‘brownface’ Aladdin dress up and the ‘blackface’ singer of several years past, the returning Prime Minister decided restraint was the better path and there were no costumes and none of the readily sought photo-ops as in past years.