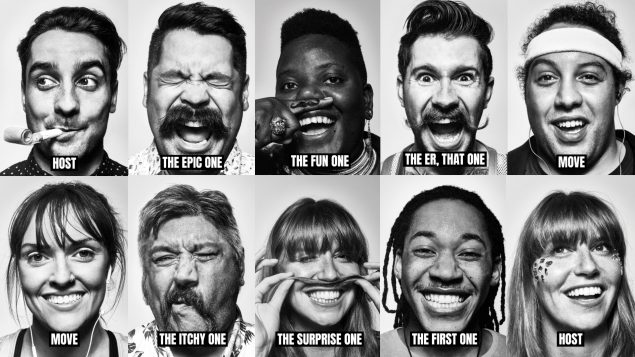 If you suddenly see more men with a moustache than usual, don’t be afraid…. They do it for a good cause.

Since 2003, the month of November has resonated with Movember for many men around the world who grow a moustache to show their support for the cause.

“Behind all of our chicky mustaches, Movember is the largest charity in the world focused in changing the face of men’s health,” says Shane DeMerchant of the Movember Foundation

Through the month of Movember, the foundation raises awareness and funds dedicated to men’s health.

But why the moustache?

DeMerchant had to go back to Australia to explain the reason behind the facial cut:

Today, if you fancy taking part in Movember and you don’t especially want to grow a moustache, they are other ways to do it.

“You don’t have to be an ultra-athlete, or own the latest kicks. Move is simpler than that,” says Movember’s website. “Call on friends and family to back you with a donation, and then chip away, your way.”

“This Movember, any chance you can get together with mates is a chance to raise much-needed funds for men’s health,” writes the website.

Movember is not only for men. Women can also participate. To do so, the website offers all kinds of support to help you raise funds in November.

To take part in the project, you just need to register on the website.

The charity first appeared in Canada a few years after its beginnings in Australia. Shane DeMerchant told us more about the Canadian branch:

Six million supporters have already taken part in Movember ant he carity has helped fund over 1,250 innovative men’s health projects across twenty countries, nearly 300 of those right here in Canada. Their website lets you have a look at them and find one near you.

One of the Canadian projects is called “Breaking the ice”. DeMerchant explained what it consists of:

“In Canada, the stats are shocking. 1 in 9 menwill be diagnosed with prostate cancer during their lifetime, 11 men will die from the disease every day,” says a news release from the foundation.

The charity also highlights the fact that “three out of four suicides are by men, making it the second largest cause of death of males aged 15-44 in Canada.”

It also gives shocking figures on testicular cancer and mental health. Shane DeMerchant gave us more details on these issues and how to address them:

Movember’s main objective is to help tackle these problems, but also to reduce the number of men dying prematurely by 25% by 2030.

“Movember is committed to ensuring that women and men worldwide can have as much time as possible with their dads, brothers, uncles, partners and friends,” concludes the foundation.