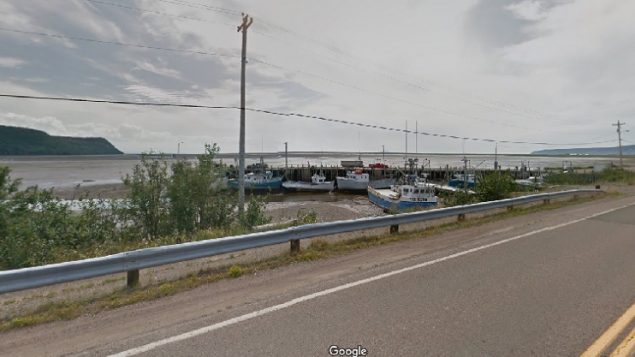 Advocate Harbour, New Brunswick looking southward down the Bay of Fundy. An idyllic image, but on the seafloor, a substantial amount of garbage, half of it plastic. (Google streetview)

Garbage litters the seabed of the Bay of Fundy

A new study of the floor of the Bay of Fundy shows a surprisingly large amount of trash and lost fishing gear. 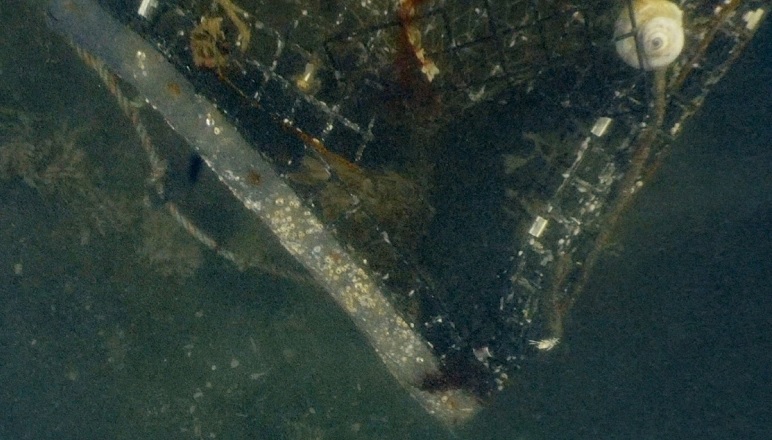 The study is the first attempt to quantify debris on the seafloor in the region. The researchers, using underwater cameras,  studied 281 locations in the bay over the course of three years. 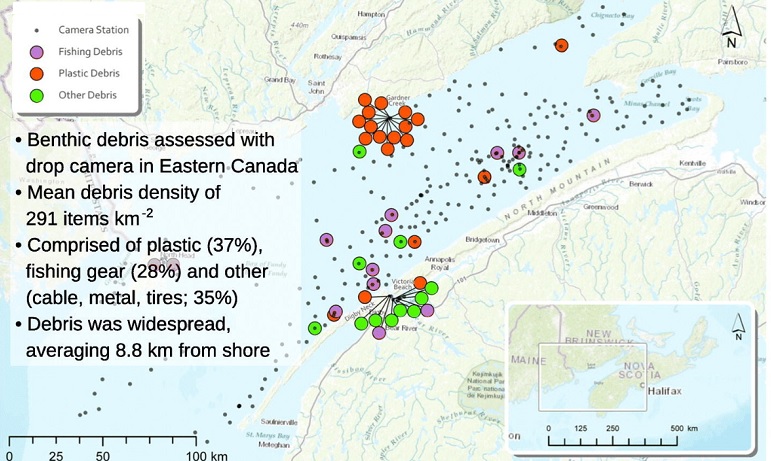 Map showing types of garbage and where it was found in the Bay. ( A.J. Goodman et al)

They calculated 137 discarded items per square kilometre which they say works out to 1.8 million pieces of junk of various sorts in the bay.

The researchers say, that number is also likely underestimated because they could only count what was visible and possibly many more items were buried under sediment, and that also doesn’t count microplastics. 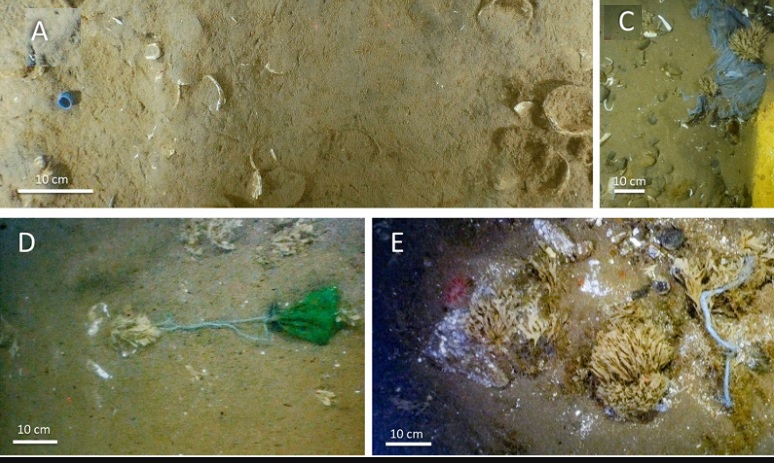 The various items were counted and classed as plastics, which comprised the majority of debris (51%), lost or abandoned fishing gear (28%) and miscellaneous items, cables, metal and old tires made up the rest (21%).  Most of the items were within nine kilometres of the shore. 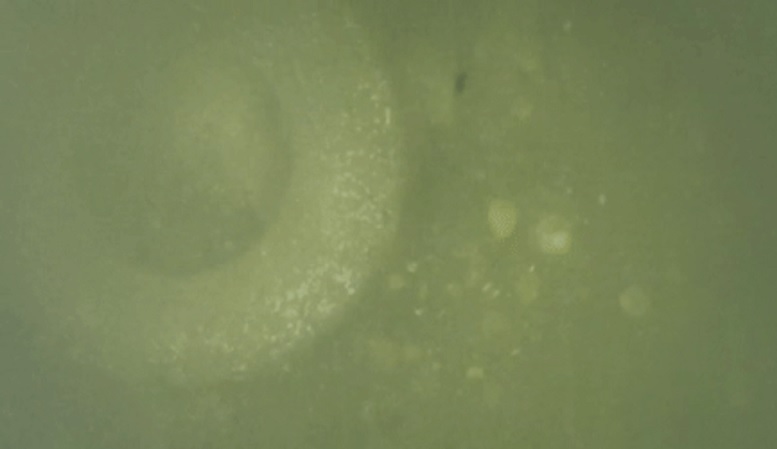 Tony Walker, a professor in Dalhousie’s School for Resource and Environmental Studies, said while there was no evidence of ghost fishing from the lost gear (i.e, when it continues to catch and kill marine life) nor that the garbage posed an immediate harm to the sea floor, but the plastics especially pose a problem as they do not decompose, but rather degrade into smaller and smaller bits and can be mistaken for food by fish, birds, and marine organisms.