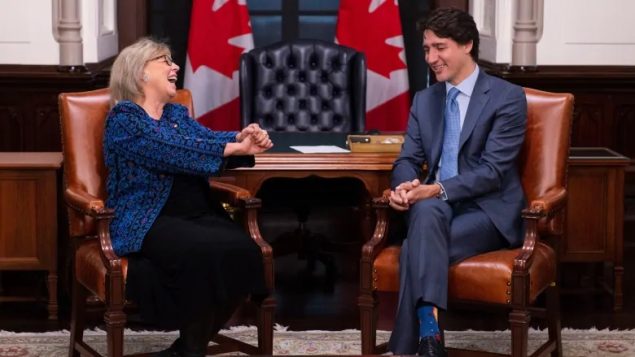 May told reporters afterwards that she made it clear that if the prime minister wants government support in the upcoming minority Parliament, the Liberals will have to toughen up their climate change actions.

During the recent federal election campaign Trudeau promised the Liberals would put Canada on a path to being carbon-neutral by 2050.

Earlier this week, Climate Transparency, an international group that compiles data on G20 countries’ emissions and climate policies, issued its annual report and said Canada is one of G20 countries farthest from achieving targets to cut emissions in line with the Paris Agreement commitments. 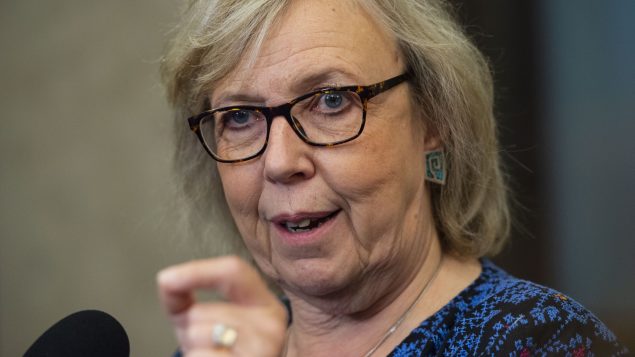 The Greens will choose a new leader next October.

She continues to to sit in the House of Commons as the leader to the Greens’ three-person caucus.

May also said she pushed Trudeau to attend next month’s environment summit in Madrid to push countries to increase their emissions-reduction targets.

The Madrid meeting, the 25th Conference of the Parties to the United Nations Framework Convention Change, or COP25 for short, is scheduled to run from Dec. 2 to 13.