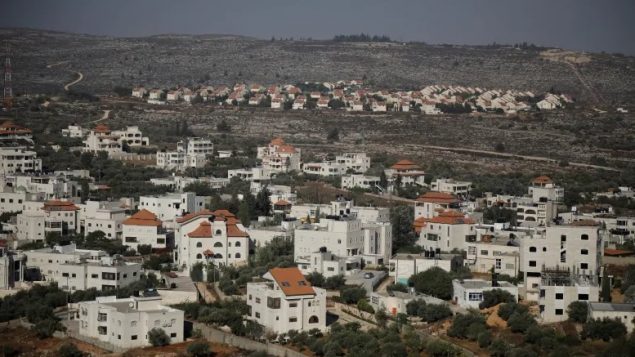 In a U.N vote this week, Canada made a major diplomatic shift and supported a motion of condemnation of Israel and occupation of land disputed by Palestinians. A view shows Palestinian houses in the village of Ein Yabrud with the Jewish settlement of Ofra seen in the background, in the Israeli-occupied West Bank. (Raneen Sawafta/Reuters)

In a surprise move this week, Canada broke from a long-standing policy on Isreal and voted in favour of a U.N. motion condemning Israeli “occupation” of Palestinian claimed territory.

Especially since 2006 under Conservative leader Stephen Harper Canada has voted against motions condemning Israel, but on Tuesday the Trudeau government supported the motion put forward by “the state of Palestine”, N.Korea, Zimbabwe and others.

While calling for a peace settlement, the motion specifically referred to the land disputed by Palestine and Israel as “occupied Palestinian territories” and seeking an urgent end “to the Israeli occupation that began in 1967”.

The Canadian position also indicates a move away from its tradition of loosely following U.S policy on the Middle East, which had drifted in favour of Israel first under Liberal Prime Minister Paul Martin and strengthened under Conservative leader Stephen Harper

While 164 countries voted in favour of the resolution, including the U.K. and Germany, it was opposed by the U.S, and Israel, along with three small nations, Micronesia, the Marshall Islands, and Nauru, which depend heavily on U.S. aid.

The vote was apparently a signal that Canada disagrees with U.S.  Secretary of State Mike Pompeo’s statement on Monday that Israeli settlements in Judea and Samaria are “not, per se, inconsistent with international law.” 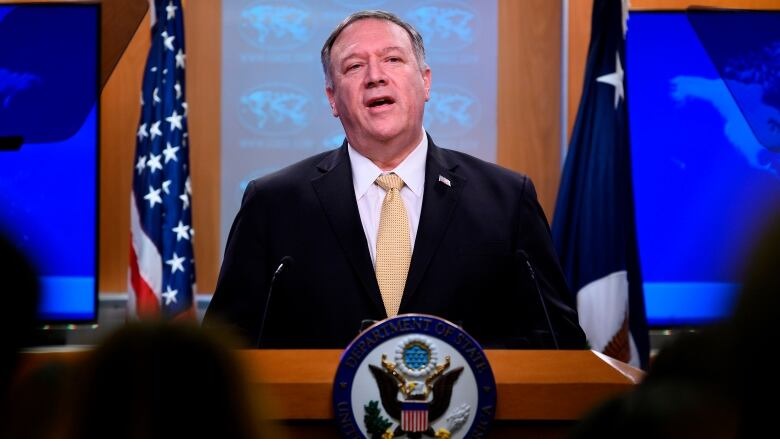 Just a day before the UN vote, U.S. Secretary of State Mike Pompeo said on Monday that the U.S. is softening its position on Israeli settlements in the occupied West Bank. Canada’s vote signalled disagreement with the US stance. (Jim Watson/AFP via Getty Images)

There are some 16 U.N. resolutions on the Israeli-Palestinian conflict that are voted on every year. These deal variously with issues such as sovereignty, self-determination, refugees, status of Jerusalem, human rights, settlements and holy places.

An official with Global Affairs Canada told CBC that this was the easiest one to vote on and that Canada could also change its historic position on upcoming votes on Israel in November and December, although there no plans to do so.

A Foreign Affairs spokesman is quoted by PostMedia saying Canada remains opposed to singling out Israel, and saying the vote underlines Canada’s commitment to a two-state solution and the equal rights and self determination of all peoples. 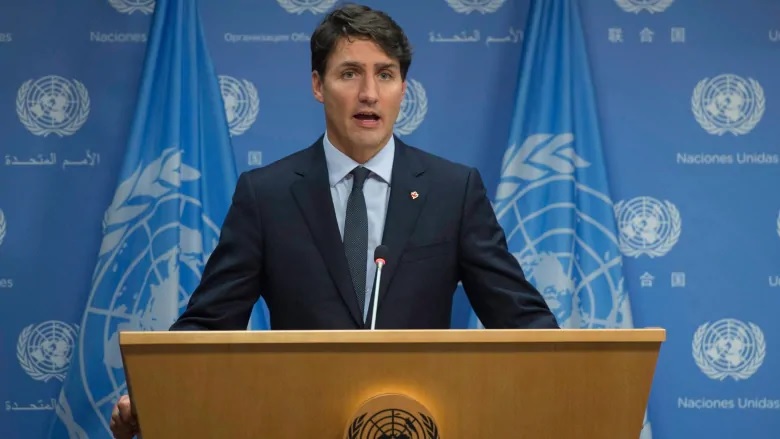 Shown at the U.N. in 2017, narrowly re-elected as Prime Minister in October, Justin Trudeau’s government broke with its tradition at the UN of supporting Israel against votes of condemnation. Hillel Neuer, founding chairman of the Geneva Summit for Human Rights and Democracy tweeted his disappointment saying “Trudeau is trading Canada’s bedrock principles of fairness & equality for a UN Security Council seat” suggesting the move was to curry favour with Arab votes at the U.N. towards Canada’s bid for a Security Council seat in 2021
(Adrian Wyld- CP)

Jewish and rights groups were quick to respond. In Canada, the Centre for Israel and Jewish Affairs released a statement condemning to Canadian vote. It said in part that these and other resolutions ignore

Adding that peace cannot come at the expense of Israel’s security it noted, “That neither this resolution nor any other currently being considered even acknowledge the obscene barrage of Palestinian-launched rockets and missiles raining down on Israel’s civilian population reflects just how distorted and one-sided these resolutions are.”

On the other hand, the group Canadians for Justice and Peace in the Middle East, welcomed the change. Quoted by the CBC,  Miranda Gallo of the CJPME said, “This is a long overdue step and is entirely consistent with the government’s support for a two-state solution in Israel-Palestine. In fact, Canada could not support a ‘two state’ solution if it did not support the creation of a Palestinian state”.