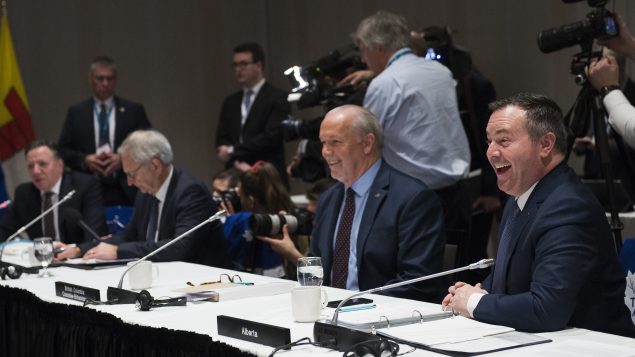 Premiers meet and agree on agenda to present Ottawa

The leaders of Canada’s 13 provinces and territories met in Toronto today for the first time since Prime Minister Justin Trudeau’s Liberals won a minority government on Oct. 21.

Aiming to paper over any differences they might have with one other, the leaders were seeking to create a collective agenda for their relationship with the federal government.

Emerging from their talks, they told reporters they had done just that–finding  common ground on several issues, including asking the federal government to increase health-care transfer funds by just over five per cent.

They also want an opt-out clause for any pharmacare program and Ottawa to address economic competitiveness, the fiscal stabilization program and Northern priorities.

And they issued an invitation to Prime Minister Justin Trudeau to co-host a first ministers meeting early next year.

Monday’s meeting was held as the prime minister was flying to London to attend the NATO Summit and as members of Canada’s 43rd Parliament were preparing to sit for the first time, this Thursday. 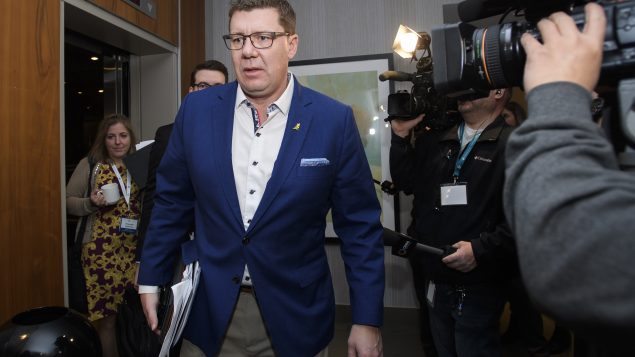 Saskatchewan Premier Scott Moe, the current chair of the Council of the Federation, arrives at Monday’s meeting. It was Moe’s task to find consensus among his follow leaders. (Nathan Denette/Canadian Press)

Saskatchewan Premier Scott Moe, the chair of the Council of the Confederation, was the person tasked with finding some consensus at the meeting.

According to the Stephanie Levitz of Canadian Press, Moe entered the closed door sessions seeking to develop amendments to the fiscal stabilization program, a mechanism that provides a financial top-up to provincial governments suffering economic downturns.

And, Levitz reports, he also wanted to discuss the federal carbon tax and how best to implement the new federal environmental-assessment legislation, Bill C-69.

The premiers have been pushing Ottawa to lift the current health-care spending growth cap, which is currently set at three per cent each year to help provinces tackle their single biggest budget line item.

Ford said he very much wanted the Canada Health Transfer, the money the federal government sends to the provinces and territories to help pay for health care. 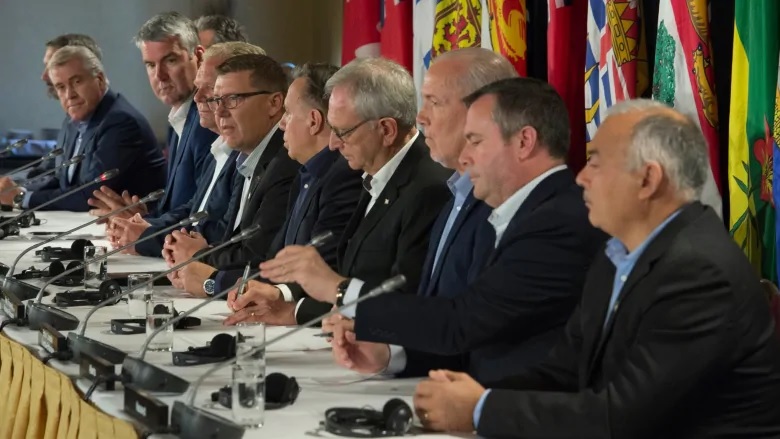 The Liberal campaign platform pledged $6 billion over four years in new health spending, with funding earmarked for boosting the number of doctors, a move toward a pharmacare program and an improvement to mental-health services.

Ford, meanwhile, Ford said he also wanted to discuss job creation and internal trade, but didn’t get into specifics.