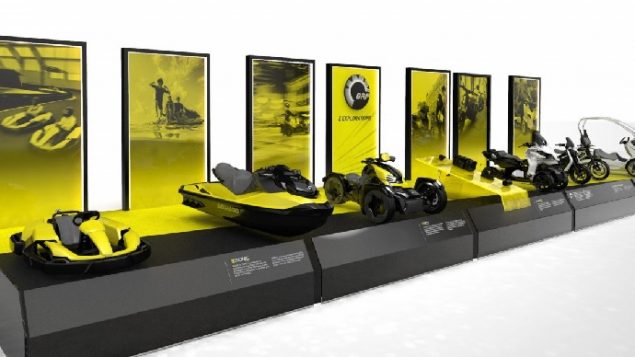 BRP one of the world's largest gasoline powered powersports manufacturers, hints at a launch into electric-vehicle markets as it unveiled six new prototypes from an electric go-cart, sea-doo, Spyder, to three new urban bikes at its dealer event in Las Vegas (BRP)

Recreational vehicles; a step towards electric

One of the major manufacturers of recreation vehicles is exploring  a move towards going electric.

Canada’s Bombardier Recreational Products (BRP), is known world wide for products like Ski-Doo, and Sea-doo, Lnyx, Can-Am and umbrella names like Rotax, Evinrude, Alumacraft and Triton/Manitou pontoon boats. Spun off into a separate entity from the parent Bombardier in 2003, Based in Valcourt Quebec, BRP is a now world leader in the ‘powersports’ market. 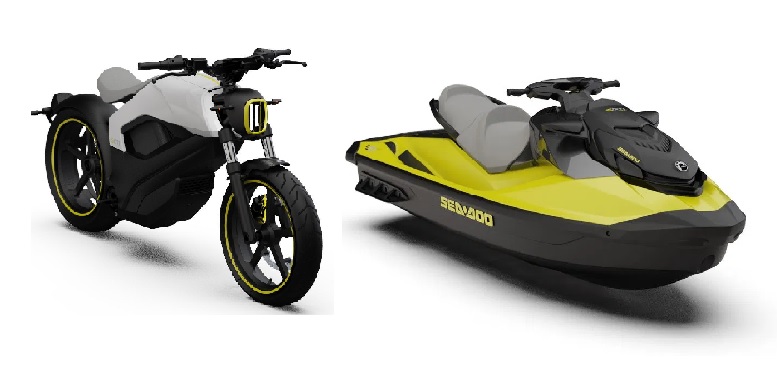 It has just publicly released its first tentative steps towards attracting a new more environmentally concerned sector of the market. 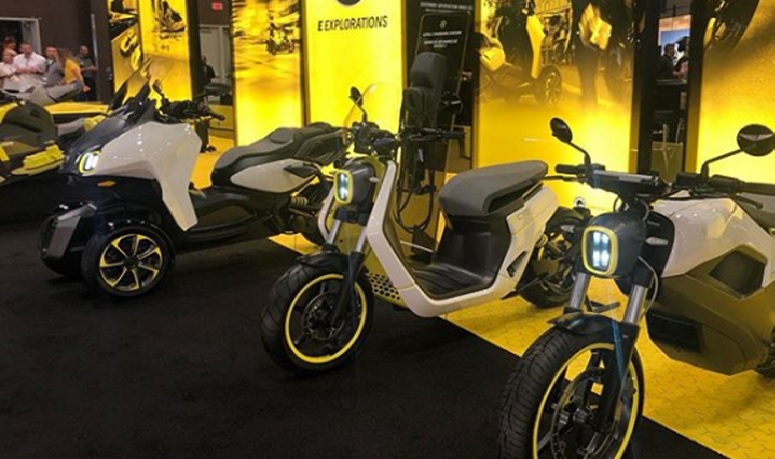 Although sales of its traditional petroleum fueled models continues to grow, a new line-up of prototype electrified vehicles was unveiled at a major company event for dealers in Las Vegas in September. The six vehicles included both land and water vehicles

BRP’s CEO, Jose Boisjoli speculated in an interview reported by Bloomberg, “Could BRP become the Tesla of the two-wheeler world? Maybe”. 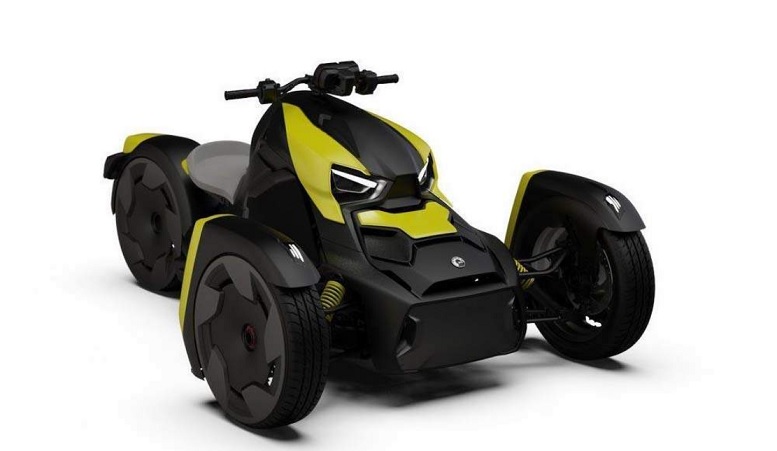 Quoted in Electrek, Denys Lapointe, senior vice president, design, innovation and creative services was a bit more firm in the company’s intent. “As we’ve said, it was never a question of ‘if’, but ‘when.’ We are truly excited about electric and see it as a potential opportunity for our business. We continue to constantly innovate, and e-vehicles are no exception”.

While he indicated that none will be on the market in the immediate future, Lapointe said the prototypes were to unveiled to gauge market viability. 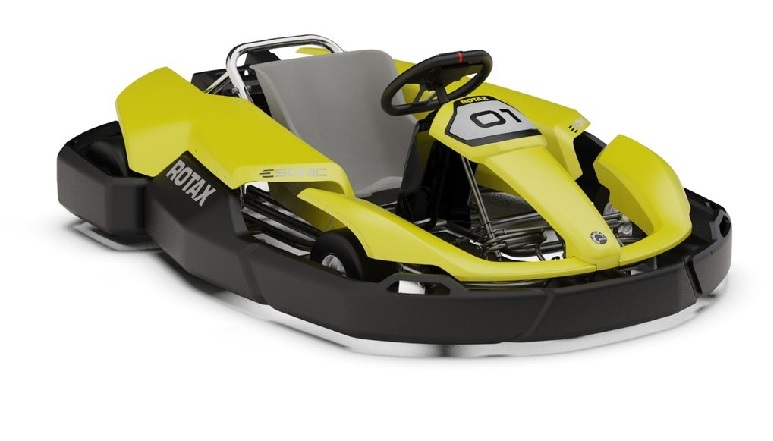 Another product, an e-gokart, :Sonic” potentially for indoor tracks where pollution and noise would be an issue (BRP)

Analysts say BRP would have to have a fairly big production volume with performance and range and at reasonable price to ensure viability. However, in many cases, a more silent version of machines of the fun and popular gas machines could be a real selling point. 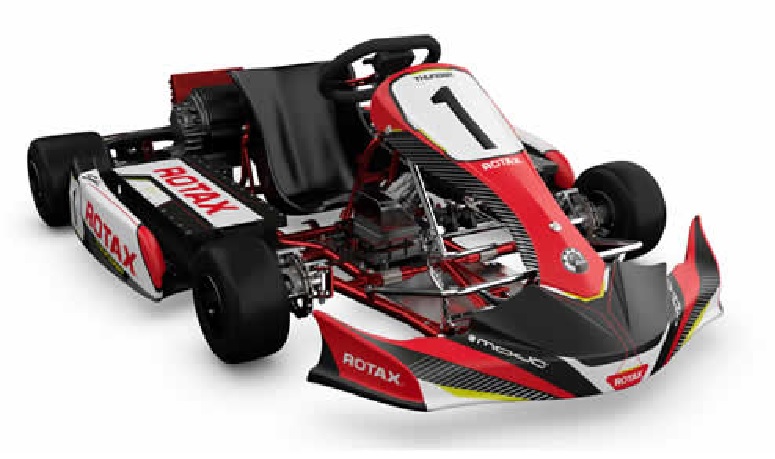 BRP through its Rotax subsidiary already makes an extremely powerful “Thunder” cart, already in use at a track in Linz, Austria. 0-100kmph in 3.5 sec, top speed 130km/h (BRP

Several companies are already developing E-scooters and motorcycles and a little noticed feature of Tesla’s  new concept truck unveiling was the electric quad  ATV driven up into the truck bed, perhaps an indication that Tesla may be exploring the market as well.

As the BRP models seemed almost fully developed, it may not be long before some or all do actually enter the market