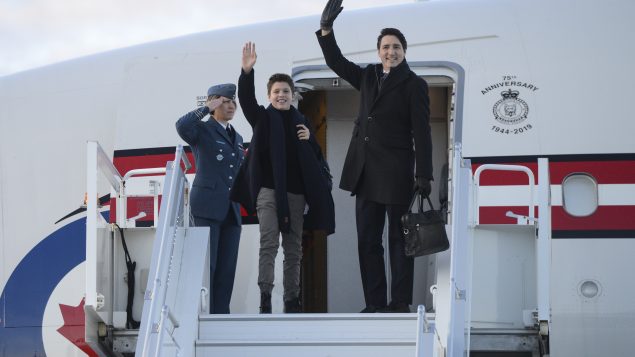 Prime Minister Justin Trudeau and son Xavier are seen departing Ottawa on Monday for the NATO summit in London, celebrating the 70th birthday of the Alliance. (Seak Kilpatrick/Candian Press)

Despite pressure from Washington, it appears that Canada’s defence spending remains steady, at least for now.

New NATO figures released ahead of this week’s Alliance meeting in London estimate that Ottawa’s spending rate remains at 1.27 per cent of its GDP, virtually the same as last year.

In London, U.S. President Donald Trump is expected to continue to pressure Prime Minister Justin Trudeau and other leaders to meet a 2014 commitment to work toward spending two per cent of their GDP on defence within 10 years. 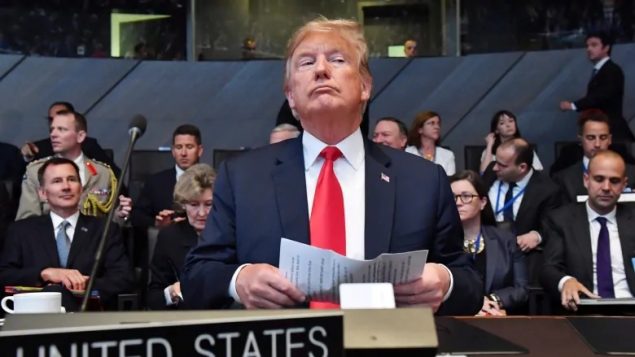 U.S. President Donald Trump, seen attending a meeting of the North Atlantic Council during a summit of heads of state and government at NATO headquarters in Brussels July 11, 2018, will be in London this week with a full agenda. (Geert Vanden Wijngaer/Associated Press)

In a November letter described as “blunt,” Washington called Canada out on its spending and repeated demands that Ottawa meet spending targets.

In 2017, the Liberals promised $62 billion in new money for the military over the next 20 years, but that would still only bring Canada defence spending to 1.4 per cent of its GDP.

Trudeau will also face questions about how to deal with China in light of Washington’s demands that Ottawa and others ban Huawei from their 5G networks.