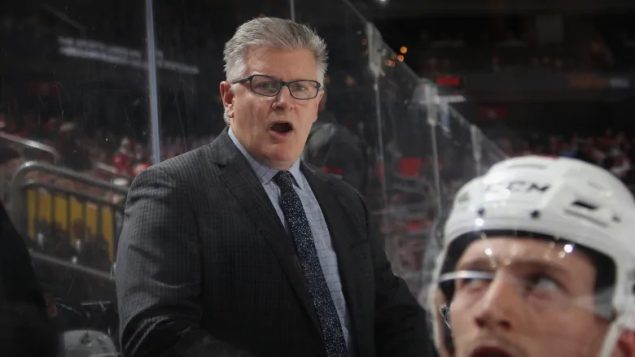 So who’s next to go in this National Hockey League public relations nightmare? 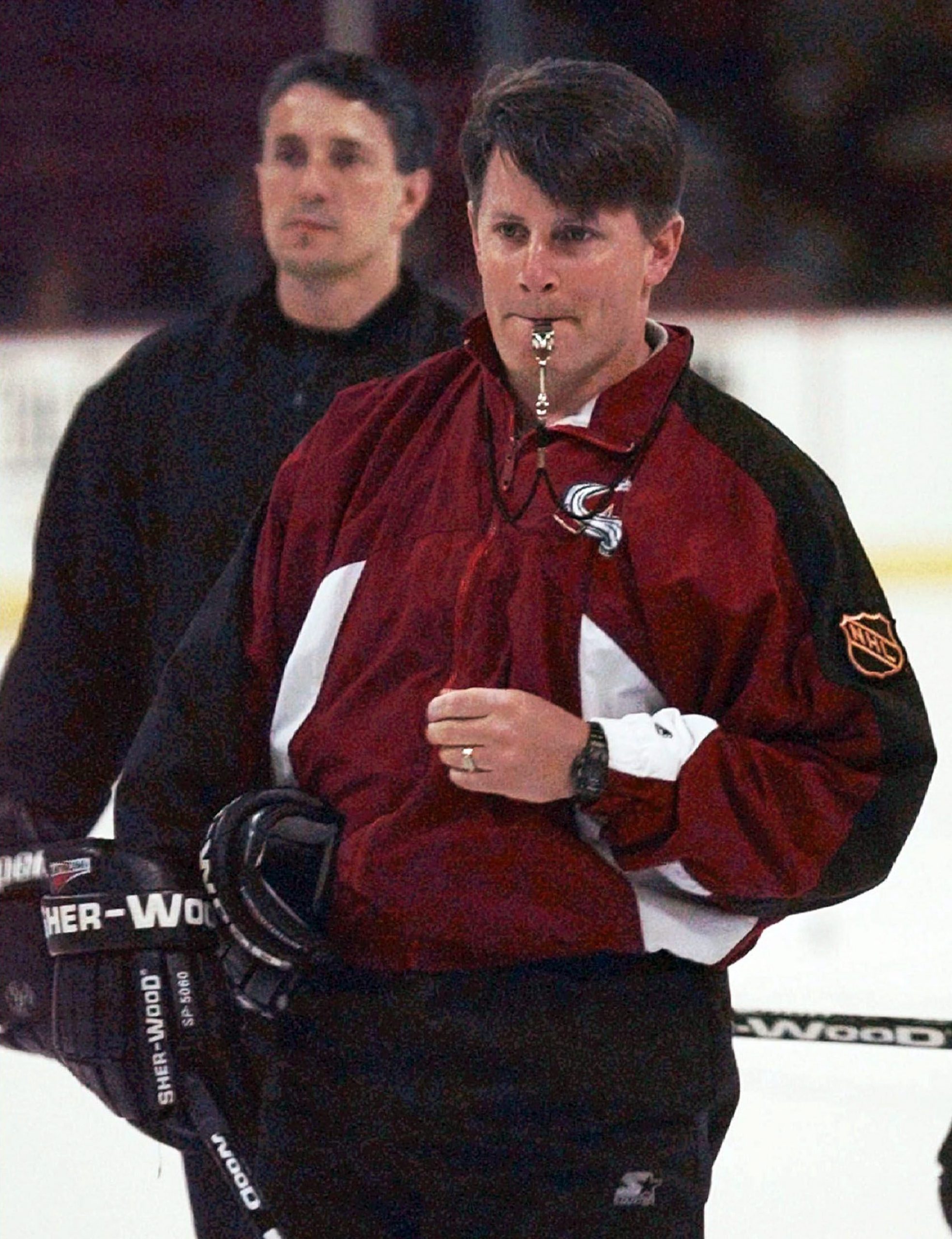 Marc Crawford leads a Colorado team practice in Denver in 1996 as assistant coach Bob Hartley looks on. Crawford led the Avalanche to the Stanley Cup that spring. (Paul Chaisson/Canadian Press)

At the moment, he is away from the team while the Hawks and the National Hockey League investigate some alleged misconduct in his treatment of some players in the past.

And that’s all we know for now.

Crawford is a person with whom Canadian hockey fans are well acquainted.

He’s been a full-time head coach of four franchises, winning the Stanley Cup with Colorado in 1996, and lest we forget–and thousands of Canadians will never forget--Crawford was the guy who kept Wayne Gretzky on the bench during a semifinals shootout at the 1998 Nagano Olympics. 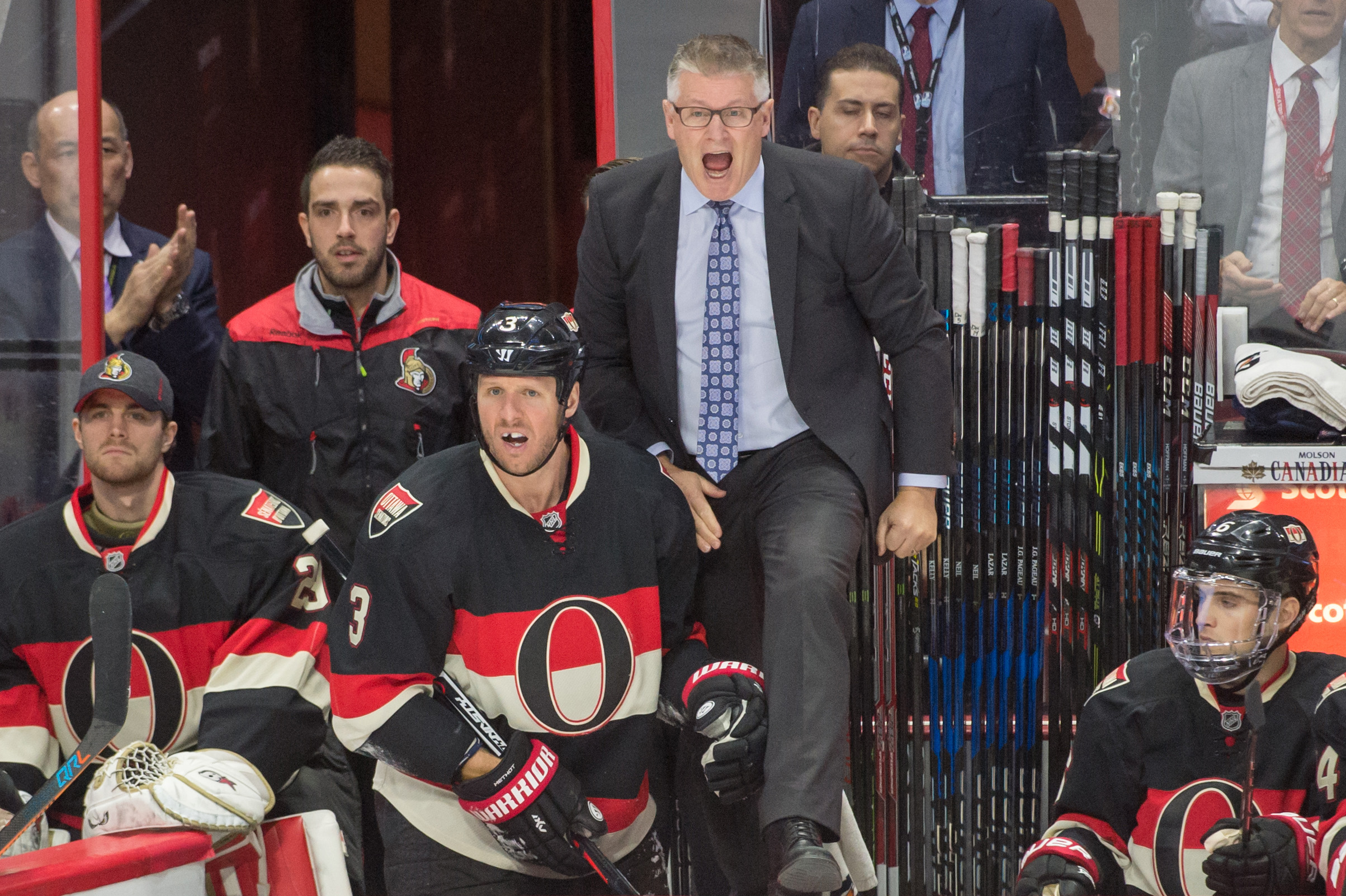 Crawford, then an associate coach with Ottawa, reacts to a play on the ice in the third period against the Anaheim Ducks at the Canadian Tire Centre on Dec. 22, 2016. (Marc DesRosiers/Reuters/USA TODAY Sports)

The Blackhawks are supplying no details about what they are looking into, but former NHL forward Sean Avery recently told the New York Post that Crawford kicked him after he was whistled for a too-many-men-on-the ice penalty when Avery and Crawford were with the Los Angeles Kings during the 2006-07 season.

Avery tempered the charges on Monday.

And Crawford is picking up support elsewhere.

Another of Crawford’s former players, Brent Sopel, said last year that Crawford “kicked me, he choked me, he grabbed the back of my jersey and just pulling it back.”

Both Crawford and Sopel were with Vancouver at the time.

Where all this is headed is anyone’s guess, but questions abound. 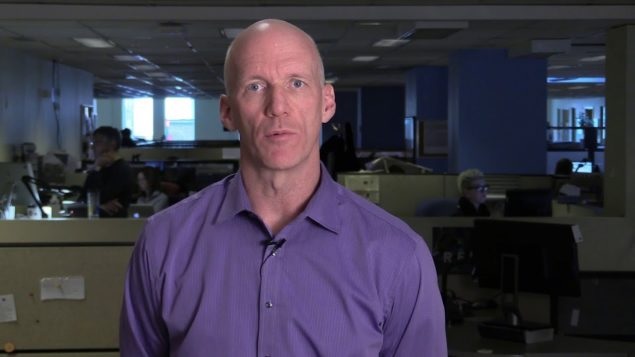 Stu Cowan is a sports columnist with the Montreal Gazette. (YouTube)

Is this the way it’s always been and where does hockey, a rough-and-tumble sport marked by periods of flowing grace, go from here?

For some perspective, I spoke with Stu Cowan, a sports columnist at the Montreal Gazette.