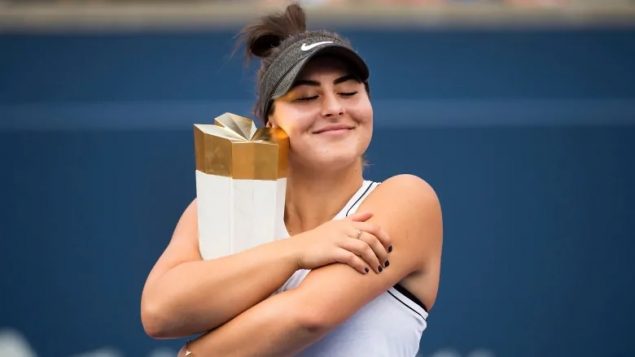 Bianca Andreescu hugs the winner's trophy after defeating American Serena Williams during the Rogers Cup final in August. On Monday, she unanimously won the Lou Marsh Trophy as Canada's athlete of the year. (Nathan Denette/Canadian Press)

She began the year in the Women’s Tennis Association boonies–ranked No. 151 in the world.

She’s finishing it as the Canadian athlete of the year.

On Monday, 19-year-old Bianca Andreescu, won the most prestigious individual trophy awarded in Canada: the Lou Marsh Trophy, becoming the first tennis player to ever do do.

The voting by panel of sports journalists across the country was unanimous.

Get used to it.

She is about to win every award for which she is eligible between now and the end of the year.

And what a year she had–working her way into our consciousness in the spring by winning a major tournament in California, the BNP Paribas Open Indian Wells event.

That was just the start.

In August, she won the Rogers Cup in her hometown of Toronto before winning the U.S. Open in New York in September, becoming the first Canadian to ever win a Grand Slam singles event.

In both of those summer finals, she defeated the woman many believe to be the greatest of all time, Serena Williams. 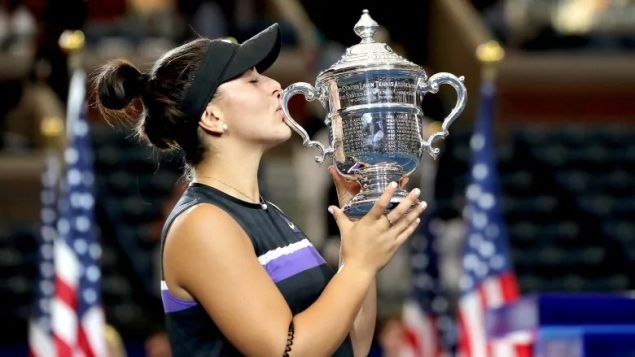 Off the court, she is totally charming.

On the court, she has nerves of steel marked by sledgehammer strokes.

She is now No. 5 in the WTA rankings.

Experts say it will not be easy for a couple of reasons.

She won’t be sneaking up on anyone this year and–just as important–she must stay free of injury, something she most certainly did not do in 2019.