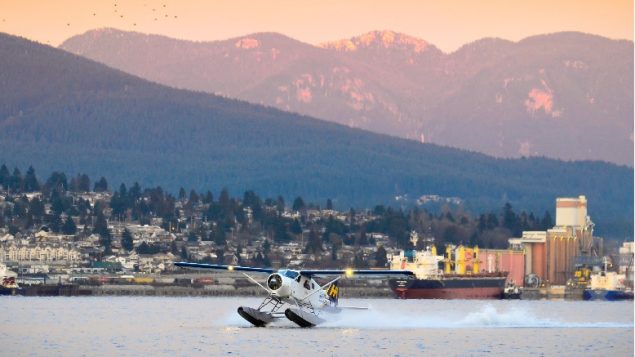 A radial engine Beaver operated by Harbour Air takes off on one of the company's 30,000 annual flights. The airline plans to eventually convert all its planes to electric motors (Harbour Air)

What is claimed to be the world’s first commercial electric powered plane will take off in British Columbia today.  The first test flight is expected to fly for about an hour.

Developed in conjunction with the firm MagniX in Washington, the Vancouver-based  Harbour Air which operates a fleet of floatplanes says it wants to become the first all-electric commercial airline. Harbour Air flies some 12 short haul routes with its 40 seaplanes carrying about 400,000 passengers a year. 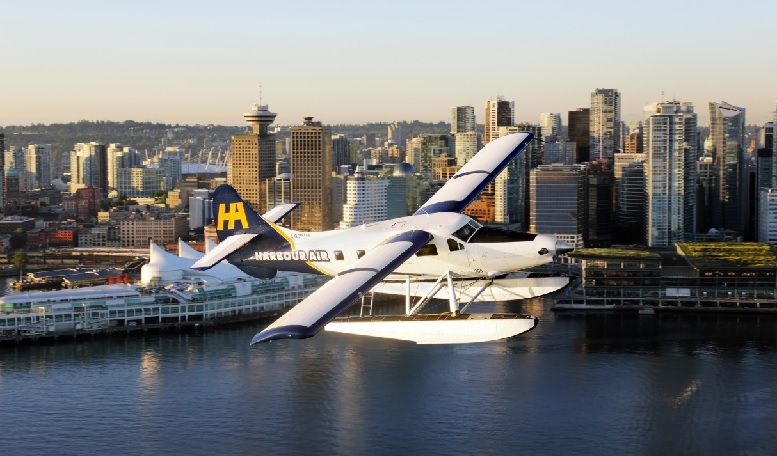 Many of the world’s DH-2 Beavers and the slightly larger DHC-3 Otters (shown), have been upgraded to a more powerful turbo-prop engine like this. The E-motor is said to provide even greater power still, but battery technology will limit range somewhat. As most of the world’s flights are short haul-less than 1,000km-, this should not be a drawback (Harbour Air)

The first in what could be a future line of aircraft has taken one of the world’s most popular “bush” planes, the DeHavilland Beaver and retrofitted it with an electric motor. 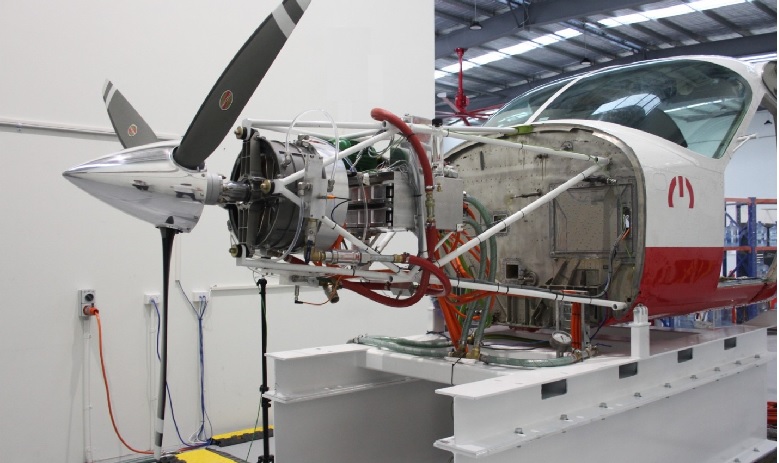 The challenges of electric power have seemingly been overcome with the motor, which has to have the necessary horsepower and torque and at low rpm. While originally the Beaver had a 450hp radial engine when it first appeared in 1947, the common current upgrade to turbo prop engine boosted that to about 680 hp. The MagniX motor is said to develop 750 hp, over 2,000 lb/ft of torque (2,800Nm), and at a low 1,900 rpm meaning direct drive to the prop.

Greg McDougall, founder and CEO of Harbour Air Seaplanes. “Through our commitment to making a positive impact on people’s lives, the communities where we operate and the environment, we are once again pushing the boundaries of aviation by becoming the first commercial aircraft to be powered by electric propulsion. We are excited to bring commercial electric aviation to the Pacific Northwest, turning our seaplanes into ePlanes.” 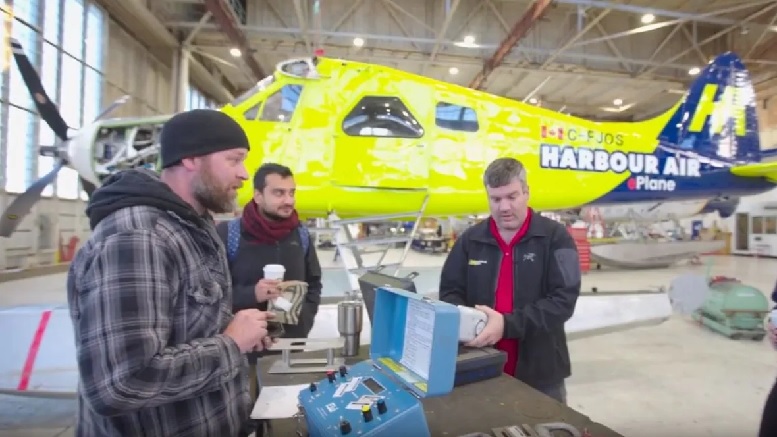 If successful, electric flight would have many advantages including reduced noise with no fuel costs and reduced maintenance needs there would be greatly lowered operational costs. The limit to electric planes is the present battery technology which limits the range to about 1,000 kilometres. But as almost half of daily flights around the world are short haul of 1,000 kilometres or less, there could be a vast future for electric powered planes. 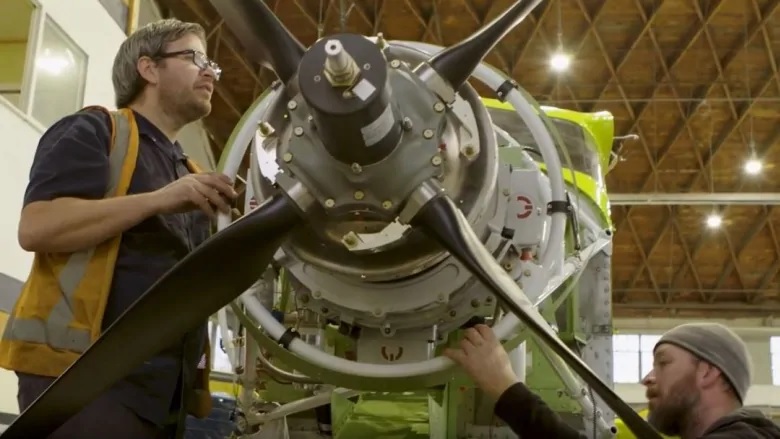 There is said to be about 200 electric plane designs underway, with an Israeli company Eviation has a 9 passenger trimotor electric plane which it showed at the Paris Air Show this summer but which had not been tested or certified at the time.

The electric plane took off successfully this morning in front of a crowd of onlookers for a short flight of just a few minutes before landing again. It’s expected it will take about two years of testing and verification before the e-plane is allowed to take passengers. 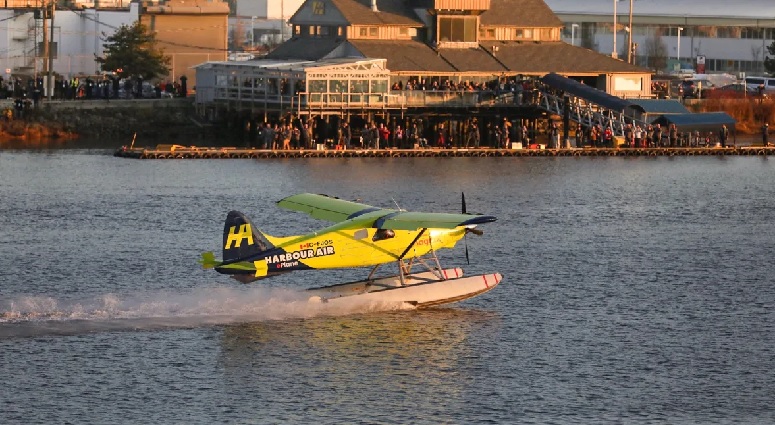 The e-plane took off from the Fraser River and flew over Richmond, B.C., for about three minutes before landing in front of onlookers and assembled media. (Harbour Air)

Perhaps the first electric flight of an amphibious aircraft was Dale Kramer’s Lazair mono-float ultralight in 2011. Based on his older successful Lazair design, this was an experimental model with no production planned. Lazair production ended in the mid 1980’s. 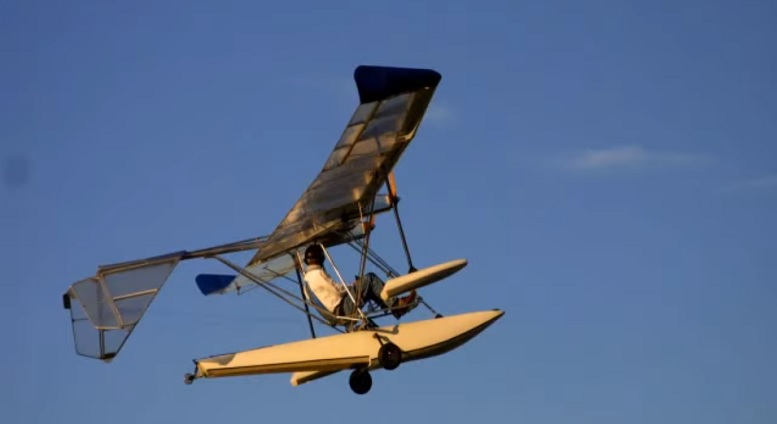