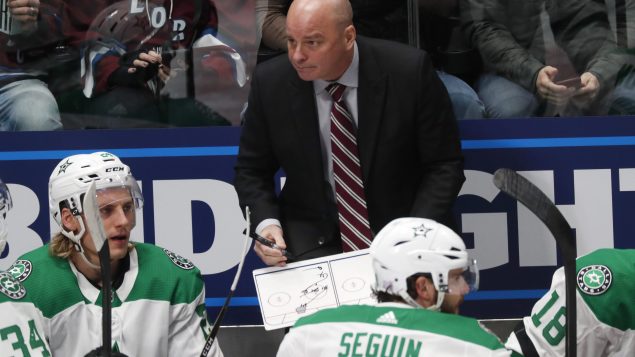 Dallas Stars coach Jim Montgomery draws up a play during a timeout in the first period of the team's NHL hockey game against the Colorado Avalanche on Friday, Nov. 1, 2019, in Denver. As of Tuesday, Montgomery is looking for work. (David/Zalubowski/AP Photo)

Another NHL coach leaves under a cloud

Things are not getting any better for the National Hockey League.

A day after Commissioner Gary Bettman delivered a stiff warning about abusive behaviour, the coach of the Dallas Stars, Jim Montgomery, was fired Tuesday for what the team called “unprofessional conduct.”

The team did not elaborate. 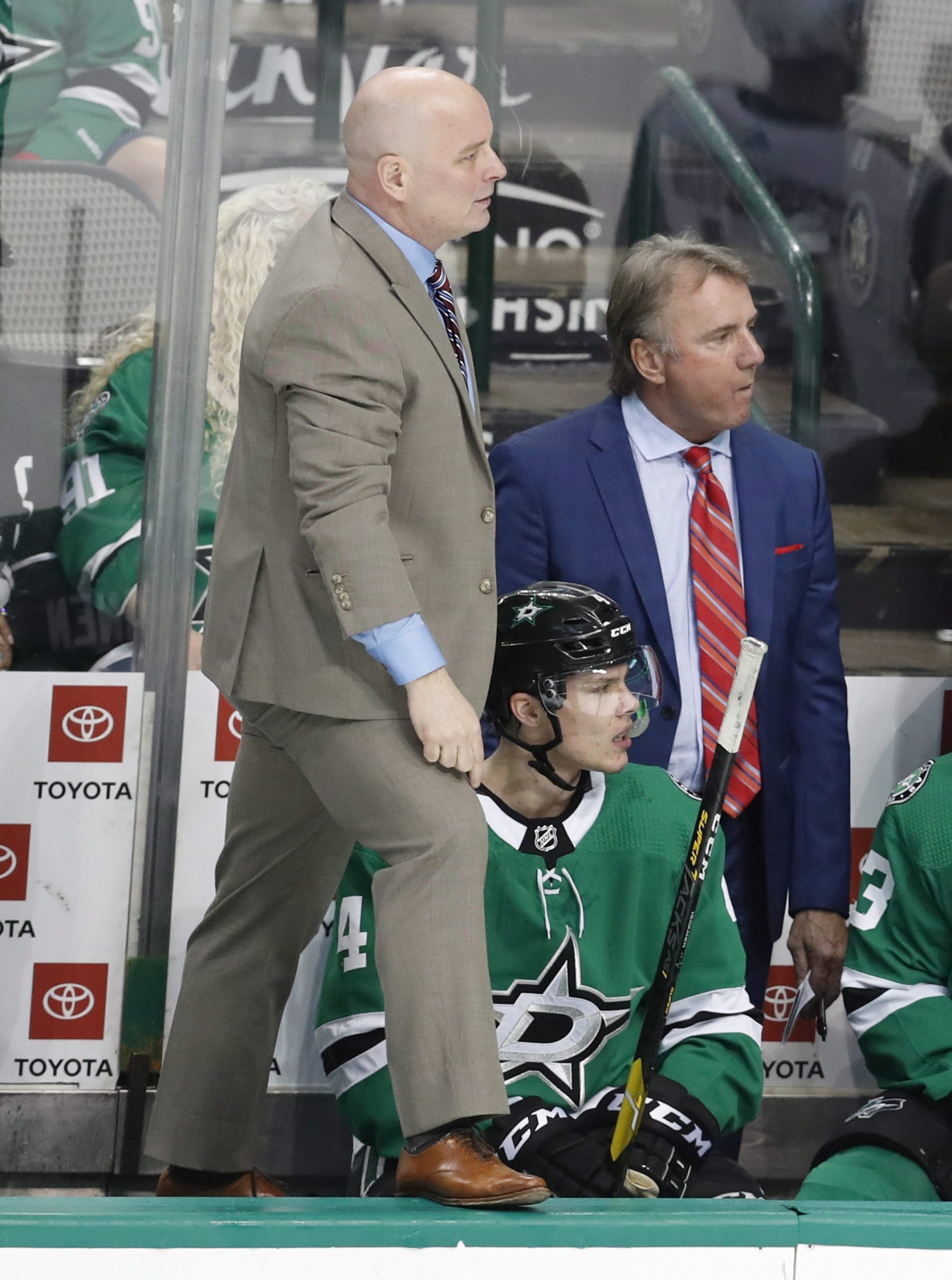 In this Feb. 4, 2019, file photo, Dallas Stars head coach Jim Montgomery stands on the bench as he watches with assistant Rick Bowness, during the third period of an NHL hockey game against the Arizona Coyotes, in Dallas. Bowness takes over as Dallas’s interim head coach following Montgomery’s firing on Tuesday. (LM Otero/AP Photo/File)

Montgomery’s professional demise is just the latest incident of alleged misconduct by coaches that have popped into the media spotlight following the firing of Toronto coach Mike Babcock on Nov. 20.

Calgary’s Bill Peters resigned last month after allegations that he used racist language to berate one of his players, Akim Aliu, 10 years ago when both were in the minors.

In announcing the Montgomery’s firing, Dallas General Manager Jim Nill said the team expects “all of our employees to act with integrity and exhibit professional behaviour while working for and representing our organization.”

Nill adeded that “This decision was made due to unprofessional conduct inconsistent with core values and beliefs of the Dallas Stars and the National Hockey League.” 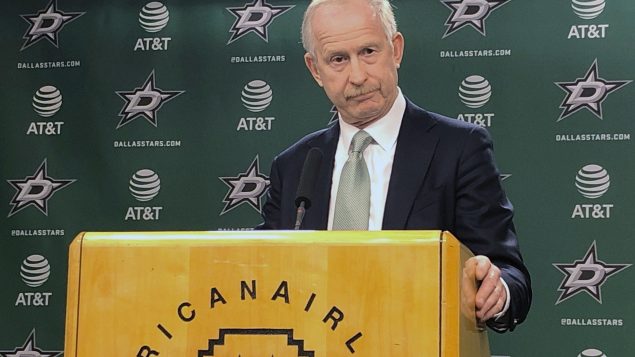 Dallas Stars general manager Jim Nill takes questions during a news conference after the team fired second-year coach Jim Montgomery on Tuesday. Nill said Montgomery had acted inconsistently with “core values and beliefs of the Dallas Stars and the National Hockey League.” He did not elaborate. (Schuyler Dixon/AP Photo)

Nill told reporters he had received a call on Sunday about something that had occurred several days earlier.

He refused to say what that was but said the act was not criminal and has no connection to players past or present that the organization is aware of.

This was Montgomery’s second season as the Dallas coach.