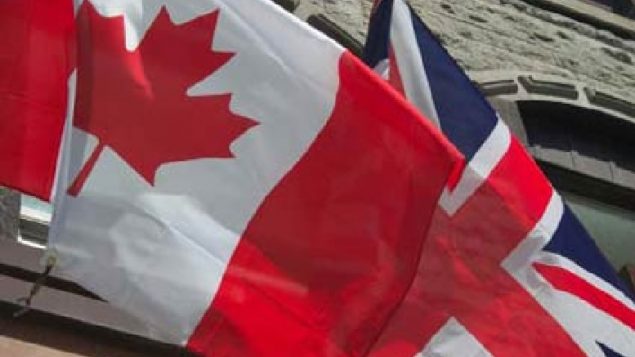 If you see the Maple Leaf and Royal Union flag together on federal buildings in Canada today, there's a reason. It's Statute of Westminster day ( iStock)

Largely unknown and unrecognised by the vast majority of Canadians, Statute of Westminster Day is nonetheless a hugely important day in Canada’s history as a nation.

The Confederation of Canada came into being on July 1, 1867,  but though that’s considered the date of the founding of the country, it still wasn’t an entirely “autonomous” nation.

That came only decades later on this date in 1931 with the passing of the Statute of Westminster. The British law clarified that Canada and other Commonwealth countries full legal freedom except in areas where those nations chose to remain subordinate to Britain. and status equal to that of Britain itself. That Statute included the Dominion of  Canada, the colony of Newfoundland (which would join Canada in 1949), the Commonwealth of Australia, the Dominion of New Zealand, the Union of South Africa, and the Irish Free State. 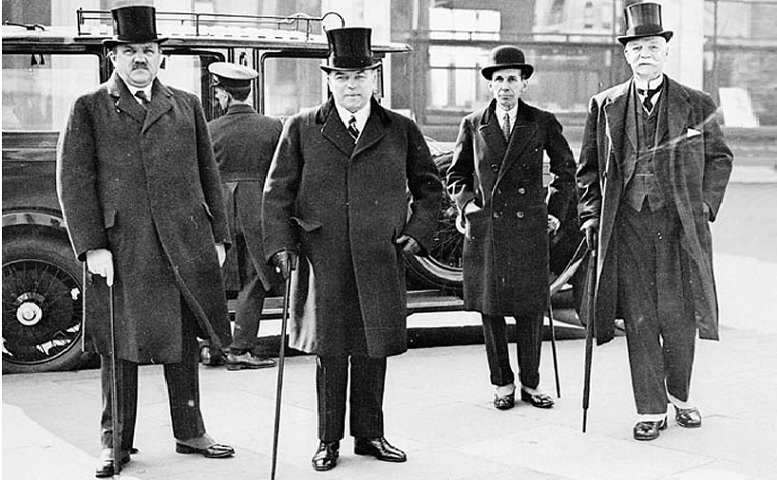 As it was, Britain retained control over foreign policy, and was the last court of legal appeal and could void or alter laws made by those nations, while laws passed by Britain extended to the Dominions and colonies.

Having garnered great respect internationally and a strong sense of Canada’s unique nationality as a result of the First World War Canada has signed the Treaty of Versailles ending the war as a separate nation from Britain, but it wasn’t quite. In following years the government of Canadian Prime Minister William Lyon Mackenzie-King sought the full rights of a sovereign country in creation of laws and foreign policy. 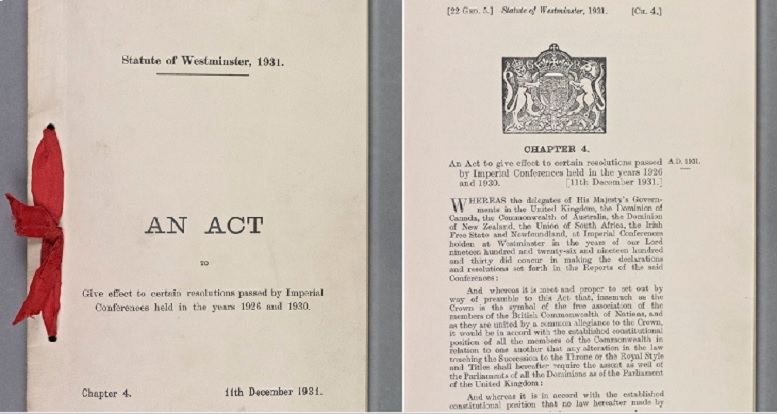 On Dec 11 1931. the Statute of Westminster gained Royal Assent. This Act effectively made the Dominions sovereign states by allowing them to create laws independent of Britain. It forms the basis of the relationship between Commonwealth countries and the Crown today. )#TowerActs * UK Parliament Archives- Twitter)

It had begun the process in the 1920’s when Canada signed a fishing treaty with the U.S without British participation, established an embassy in Washington, and decided not to assist a British occupation force in Turkey without the approval of Canada’s Parliament.

However, the seeds for autonomy were sown in 1926 at the Imperial Conference when Britain’s foreign minister, Lord Balfour proposed that the Dominions be granted legislative autonomy.

In 1929, Canada’s head of the Department of External Affairs, O.D. Skelton, attended the Conference on the Operation of Dominion Legislation in London. Here the various resolutions proposed in 1926 were firmed up. In 1930 the various governments submitted terms of the future Statute to their Parliaments. Then on this date in 1931, the Statute was passed into law. 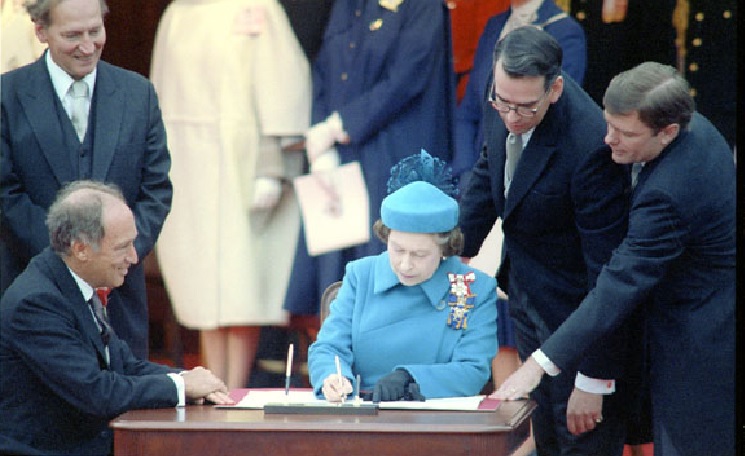