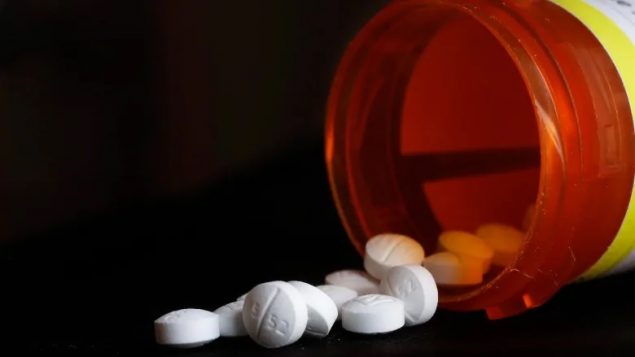 New data shows that nearly 14,000 Canadians were killed by opioids between Jan. 2016 and this past June. (Mark Lennihan/Associated Press)

Canada’s opioid crisis continues unabated despite a pledge by the federal government in July to spend more money to find ways to try reduce the problem.

New Public Health Agency statistics released Wednesday show that nearly 14,000 people have been killed by opioids in Canada over the past three-and-a-half years,

The statistics–tallied through this past June–compare with a similar agency report in April that found that about 10,300 Canadians had died from opioids through Sept. 2018.

The new data means almost 3,700 people died in the nine months from Sept. 2018 to this past June.

The latest data also shows that 17,050 persons were hospitalized because of opioids between Jan. 2016 and the end of March this year. 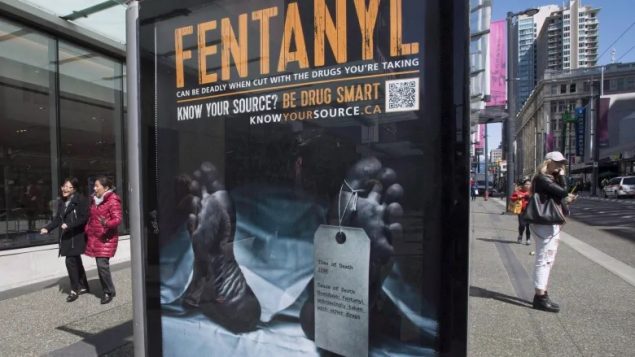 An anti-fentanyl advertisment is displayed on a sidewalk in downtown Vancouver in April, 2018. (Jonathan Hayward/Canadian Press)

The April report said fentanyl and other fentanyl-related substances continue to be a “major driver” of the opioid crisis and that 73 per cent of accidental apparent opioid-related deaths from Jan. 2016 to Sept. 2019 involved fentanyl, a potent pain-killer.

The latest data shows that 94 per cent of opioid deaths in the first six months of this year were accidental and that thousands of other Canadians continue to have non-fatal overdoses each year.

In their joint statement, Drs. Tam and Shahab said the crisis is complex and will take time to turn around.

“To have a significant and lasting impact, we need to continue working together on whole-of-society changes,” they wrote.

“This includes addressing the stigma that surrounds substance use, implementing further harm-reduction measures and reducing barriers to treatment.

“It also means continuing to work together to better understand and address the drivers of this crisis, such as mental illness, and social and economic factors that put Canadians at increased risk.”

Earlier this week, a University of Alberta study suggested that the prevalence of deadly opioids in western Canadian prisons was raising fears among inmates, prison guards and prison officials that the drugs could be “weaponized.”

“Prisoners involved in upper level gang activities, or who occupied the higher ranks of organized crime groups, told us ‘not every overdose you see is actually an overdose. It’s called Mr. Murder for a reason,'” the report said.

With files from CBC, CP, Government of Canada