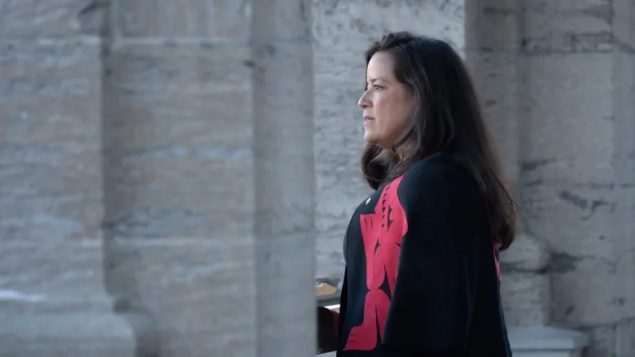 Jodie Wilson-Raybould's rise to become Canada's first Indigenous justice minister was swift and full of eventful legislation, but her falling out with Liberals over her handling of the so-called SNC-Lavalin affair made headlines through much of the year. On Wednesday, The Canadian Press named her Canada's Newsmaker of the Year. (Adrian Wyld/Canadian Press)

Wilson-Raybould is CP Newsmaker of the Year

Jody Wilson-Raybould is The Canadian Press Newsmaker of the Year.

Wilson-Raybould, the former minister of justice who was expelled from the Liberal caucus in April in a dispute that drew headlines, was the overwhelming choice of editors and reporters from across the country who voted.

The man who expelled her from caucus, Prime Minister Justin Trudeau, finished a distant second. 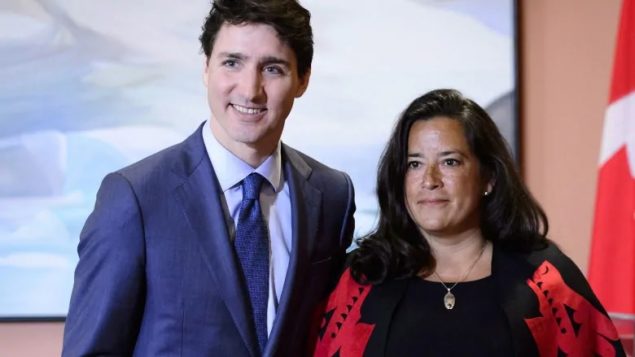 Prime Minister Trudeau and Wilson-Raybould attend a swearing-in ceremony at Rideau Hall in Ottawa in January after she was named veterans affairs minister, widely seen as a demotion from her previous post as justice minister. Less than a month later, Wilson-Raybould announced she was quitting the federal cabinet. (Sean Kilpatrick/Canadian Press)

Wilson-Raybould’s departure followed news reports that the Prime Minister’s Office pressured her to interfere in the federal case against SNC-Lavalin by asking federal prosecutors to negotiate an agreement with the company, which was accused of bribing representatives of the Libyan government in 2015 to obtain construction contracts.

In a Globe and Mail article  published on February 7, 2019, anonymous sources alleged that  Wilson-Raybould refused the directive which would have given SNC-Lavalin a simple fine under a deferred prosecution agreement rather than a criminal trial.

The article was published shortly after Wilson-Raybould was demoted to minister of veterans affairs. 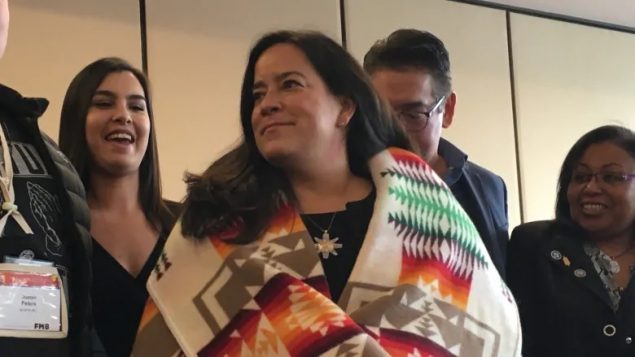 Wilson-Raybould and the Liberals often sparred verbally after her dismissal and it was thought the so-called SNC-Lavalin scandal would play a major role in the Oct. 21 federal election.

It remains unclear how much it mattered, but Trudeau’s Liberals were reduced to minority status in the vote.

Wilson-Raybould was re-elected as in Independent and continues to make news  for her current refusal to leave her offices on Parliament Hill.

Earlier this month, Wilson-Raybould, a former Assembly of First Nations regional chief was honoured by First Nations leaders during a ceremony that saw her called a hero, a trailbreaker and an icon.