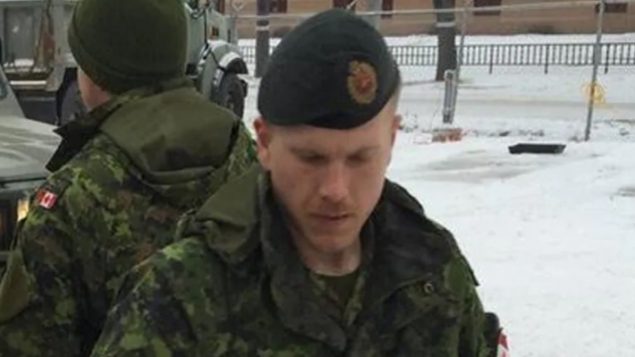 Army reservist Master Cpl. Patrik Mathews, in a 2015 photo, was being investigated for potential links to the neo-Nazi group The Base in Manitoba before he disappeared from public view last summer. Mathews was arrested in the U.S. state of Delaware on Thursday. (Courtney Rutherford/CBC)

The investigations into his alleged neo-Nazi ties with a group called The Base began shortly before the RCMP raided his home near Winnipeg last summer.

The problem for Master Cpl. Patrik Mathews was that he also had ties to the Canadian military.

He was still in the reserves after serving as a combat engineer with basic explosives training as a member of the Winnipeg-based 38 Canadian Brigade Group. 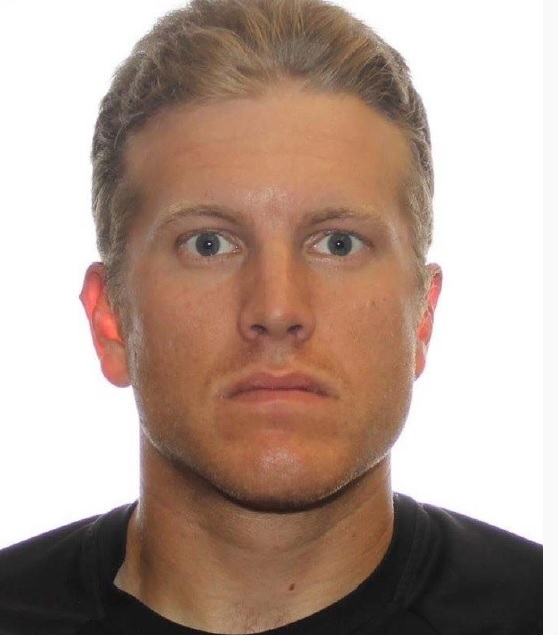 Patrik Mathews, shown in this undated RCMP handout photo, was reported missing to police at the end of last August. (Canadian Press/HO-RCMP)

In no short order, Mathews saw his release from the military fast-tracked.

Then in late August, he disappeared. from public view.

His truck was found a short time later near the U.S. border.

On Thursday, Mathews appeared in a court in the U.S. state of Delaware after being arrested with two others on weapons charges earlier in the day.

A bail hearing set for next Wednesday. 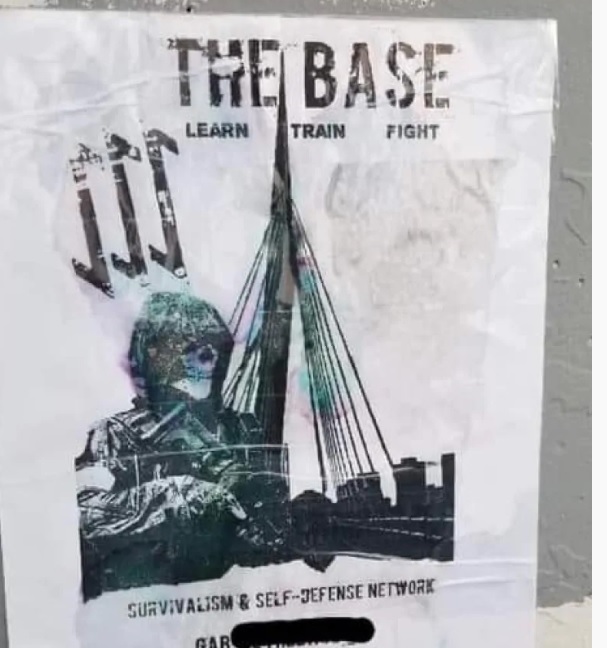 Posters for The Base began turning up last August in various locations around Winnipeg. The Fascist Free Treaty One Facebook account said this poster was found in the Point Douglas area. Patrik Mathews disappeared from public view late that month. (Facebook/FF1)

The New York Times reported the three men had talked about travelling to a pro-gun rally next week in Virginia.

In Manitoba, Omar Kinnarath of the Winnipeg-based Fascism Free Treaty 1, told CBC News he was surprised and relieved by Mathews’ arrest.

“These inviduals, and these types of groups pose dangers,” Kinnarath said.

“They’re not just your run-of-the-mill racist, or your typical internet trolls. These people mean business.”