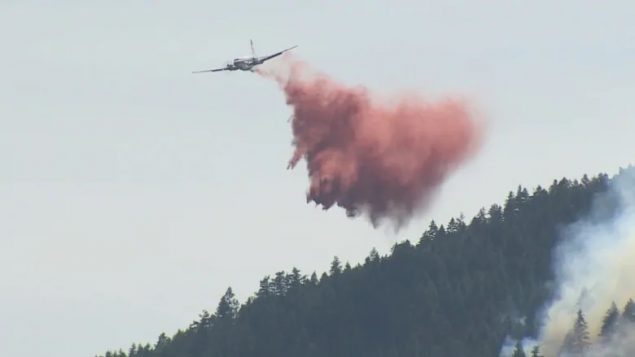 A fixed wing air tanker drops fire retardant over a fire near Little Fort, B.C. during the 2017 wildfire season. Up to July 23rd that year eight million litres of fire retardant had been dropped. (Mike Zimmer/CBC)

As wildfires cause massive destruction in Australia, a couple of Canadians think their product could be of great assistance in quelling those fires. Not only helpful, but safe for the environment afterward

Quincy Emmons and Zackery Hodgen, former firefighters themselves helped create a gel that is both fire resistant/suppressant and is environmentally safe. 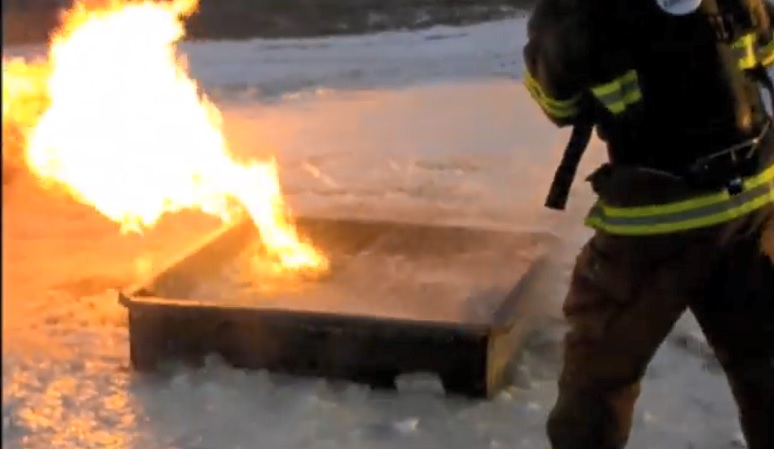 In a demonstration test a pan of diesel and gasoline totally on fire is put out within several seconds with the product. ( FireRein video)

Since forever, water is the common method to fight fires. In recent years fire-suppressant chemical foams have been developed, but as the name says, they’re full of chemicals which can have their own subsequent problems in the environment and to health.

The fire retardants used in Canada are said to be safe for humans and animals, they may harm or even kill fish in water courses. 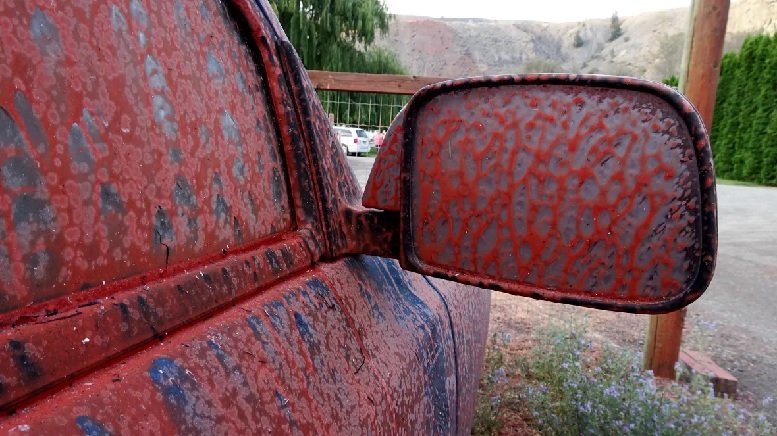 Chemical retardant coats a car that was left in an area behind near a B.C wildfire at Cache Creek (Lien Yeung/CBC)

Now the men’s Ontario-based company says their Eco-Gel is a safe alternative that when added to water substantially improves the efficiency in quelling class A and B fires.

Class A fires are those involving materials like wood, textiles, paper and other combustibles, while Class B fires are flammable liquids like petroleum based products.

The company, FireRein, says their product is safe enough to eat, the Eco-Gel being made entirely from cornstarch, canola oil and other plant-based ingredients. Its consistency resembles liquid honey, or a thick salad dressing and but is added to water at a 3 or 5 per cent ratio which helps smother the fire and sticks to surfaces to prevent re-ignition. It is claimed to be easily removed afterward with water.

Comparison tests by the University of Guelph found Eco-Gel to be the least toxic, in most cases, of the six fire suppressant foams studied. 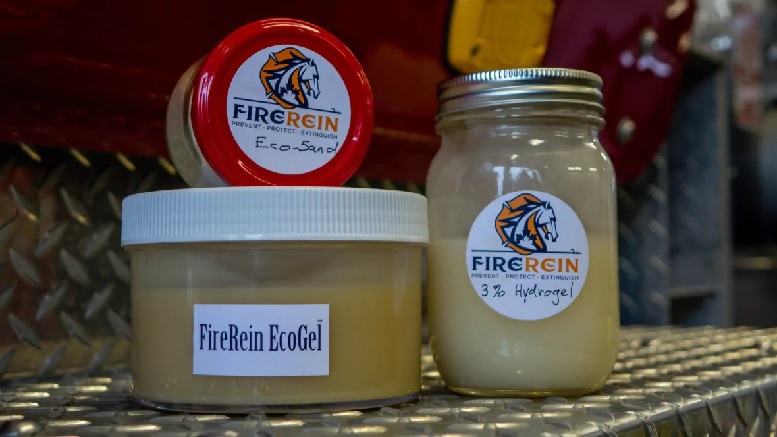 The company’s product, called Eco-Gel, resembles thick salad dressing or creamy honey, and contains ingredients found in most kitchen pantries. When used to fight large fires it is diluted in water in a 3 to 5 % ratio. (Jean Delisle/CBC)
(Jean Delisle-CBC)

Another test by the St Lawrence College Applied Science Department tested Eco-Gel against two other gel and foam products and found it was as good or better at knock-down time and water saving performance.

The product has been tested by local fire department near Kingston Ontario on three big fires and said it worked faster and better than other products but the big concern for continuing its use was its environmental qualities so as not to contaminate local wells, and water courses.

FireRein is now awaiting official international certification and is in talks with the Ontario Ministry of Natural resources towards a trial during the upcoming wildfire season here and are seeking partners in Australia to manufacture the product there.