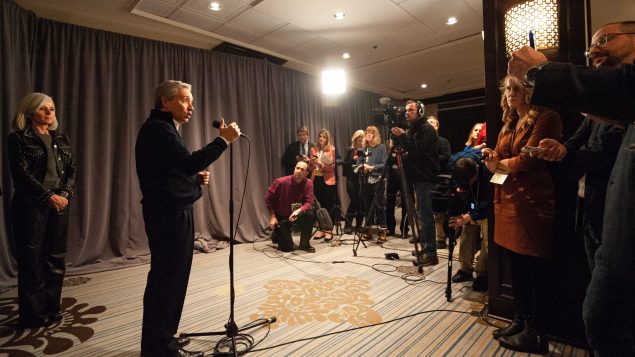 Minister of Foreign Affairs Francois-Philippe Champagne, seen speaking to the media during the Liberal cabinet retreat in Winnipeg on Sunday, says he's written a letter to his Iranian counterpart to stress the need for Tehran to co-operate in the investigation of Flight PS752. (Mike Sudoma/Canadian Press)

Pressure continues to build on Iran to let outside experts examine the black boxes from Flight PS752, the Ukrainian International Airlines jet accidentally shot out of the sky nearly two weeks ago, killing 176 persons, including 57 Canadians, 29 of them permanent residents.

Of the 176 people who died, 138 were making connections to Canada.

Canadian Foreign Affairs Minister Francois-Philippe Champagne told reporters Sunday he has written to his Iranian counterpart, Mohammad Javad Zarif, with whom he met in Oman on Friday.

Champagne said he stressed the need that the flight recorders be analysed by experts in either France or Ukraine.

That call was echoed Monday by Ukraine Foreign Minister Vadym Prystaiko in Kyiv to a visiting Iranian delegation, saying that returning the black boxes would show that Tehran wants an unbiased investigation of the Jan. 8 crash.

(Ukraine held a ceremony at Kiev’s Boryspil airport on Sunday as the bodies of 11 citizens, including nine crew, were returned to Ukraine.)

On Saturday, there were reports that Iran was sending the black boxes to Ukraine to allow experts from France, Canada and the United States to participate in the investigation.

By Sunday, Tehran appeared to be backtracking. 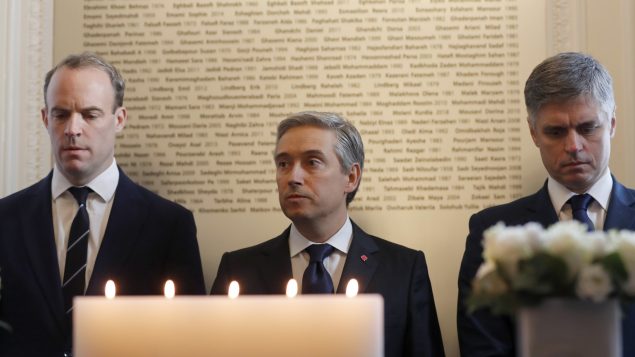 Minister of Foreign Affairs François-Philippe Champagne, centre, Ukraine Minister of Foreign Affairs Vadym Prystaiko, right, and United Kingdoms Secretary of State for Foreign Affairs Dominic Raab hold a minute of silence behind candles and in front of a plaque with the names of the victims of flight PS752, at the High Commission of Canada in London last Thursday. Both Champagne and Pyrstaiko again called on Iran to co-operate in the investigation about what happened near Tehran’s international airport on Jan. 8 (AP Photo/Frank Augstein)

Hassan Rezaeifar, the Iranian official leading the investigation, was quoted by Iran’s state-run news agency IRNA as saying “the flight recorders from the Ukrainan Boeing are in Iranian hands and we have no plans to send them out.”

He added that Iran is working to recover the data in the flight recorders and it might send them to Ukraine or France.

“But as yet, we have made no decision,” Rezaeifar said.

Speaking at the Liberal cabinet retreat in Winnipeg, Champagne said he was aware of media reports that Iran appeared to be backtracking.

He said he stressed to Mr. Zarif–as he had at their meeting in Oman–the need for Iran to co-operate with investigators. 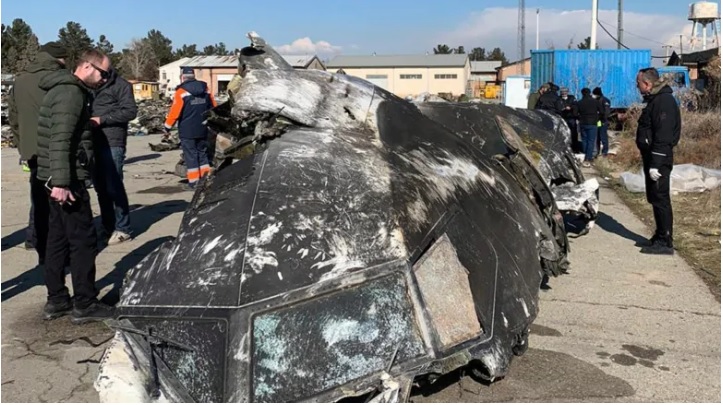 “I wrote this morning to my Iranian counterpart to stress again the wish for Canada, the wish for the co-ordination group, and I would think the wish of the international community that the black (boxes) be sent where (they) should be sent,” he said.

Champagne’s meeting with Zarif came a day after Canada hosted a meeting at Canada House in London for countries who lost citizens in the crash, a meeting that put Iran on notice.

The black boxes contain the cockpit voice recorder and the flight data recorder and have information that is critical for understanding the sequence of events that brought down the plane.