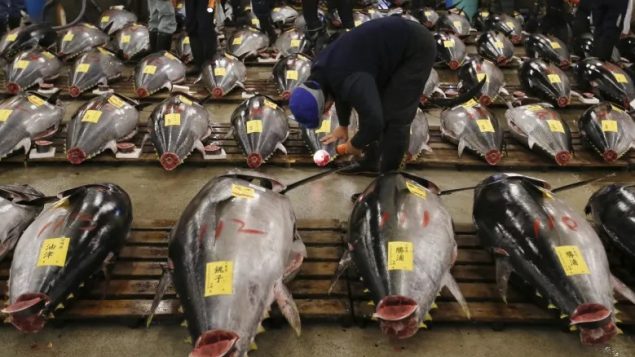 Bluefin (maguro in Japanese) are referred to as 'black diamonds' by fishermen who, in part due to pressure from those concerned with the species' rapid decline, are encouraged to use more sustainable hand-line methods to hook the open water fish. (Toru Hanai/Reuters)

A recent international survey by Ipsos for the World Economic Forum found strong majority support for bans on catch and sale of endangered marine species.  The survey involved almost 20,000 people in 28 countries between August 23 and September 6, 2019.

The World Wildlife Fund estimates there are some 400 endangered marine species. 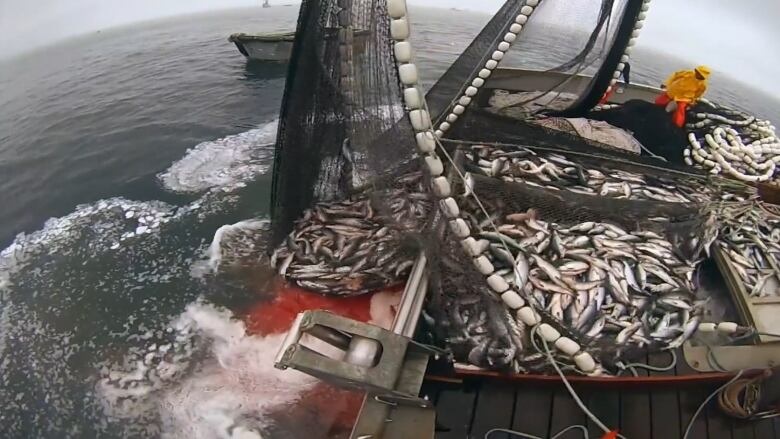 Countries report their fishing activity to the United Nations; however, the official data does not include all fishing activity that occurs on ocean waters, UBC’s Dirk Zeller said in a study in 2017 that a third of global fishing is unreported. (Living Oceans Foundation/Vimeo)

Asking those who buy seafood regularly in the G20 countries, the survey found an overwhelming 77 per cent support a complete ban on fishing of endangered species.

“The results of this poll show overwhelming support among global citizens for an end to overfishing and policies that threaten the health of the ocean. Billions of dollars’ worth of seafood is illegally taken from the ocean every year – stolen from communities, countries and scientific management. Consumers should not and do not wish to be receivers of stolen goods. Global leaders have a stronger than ever mandate from people across the world to bring about positive change”. Ambassador Peter Thomson, UN Secretary-General’s Special Envoy for the Ocean and Co-Chair of Friends of Ocean Action 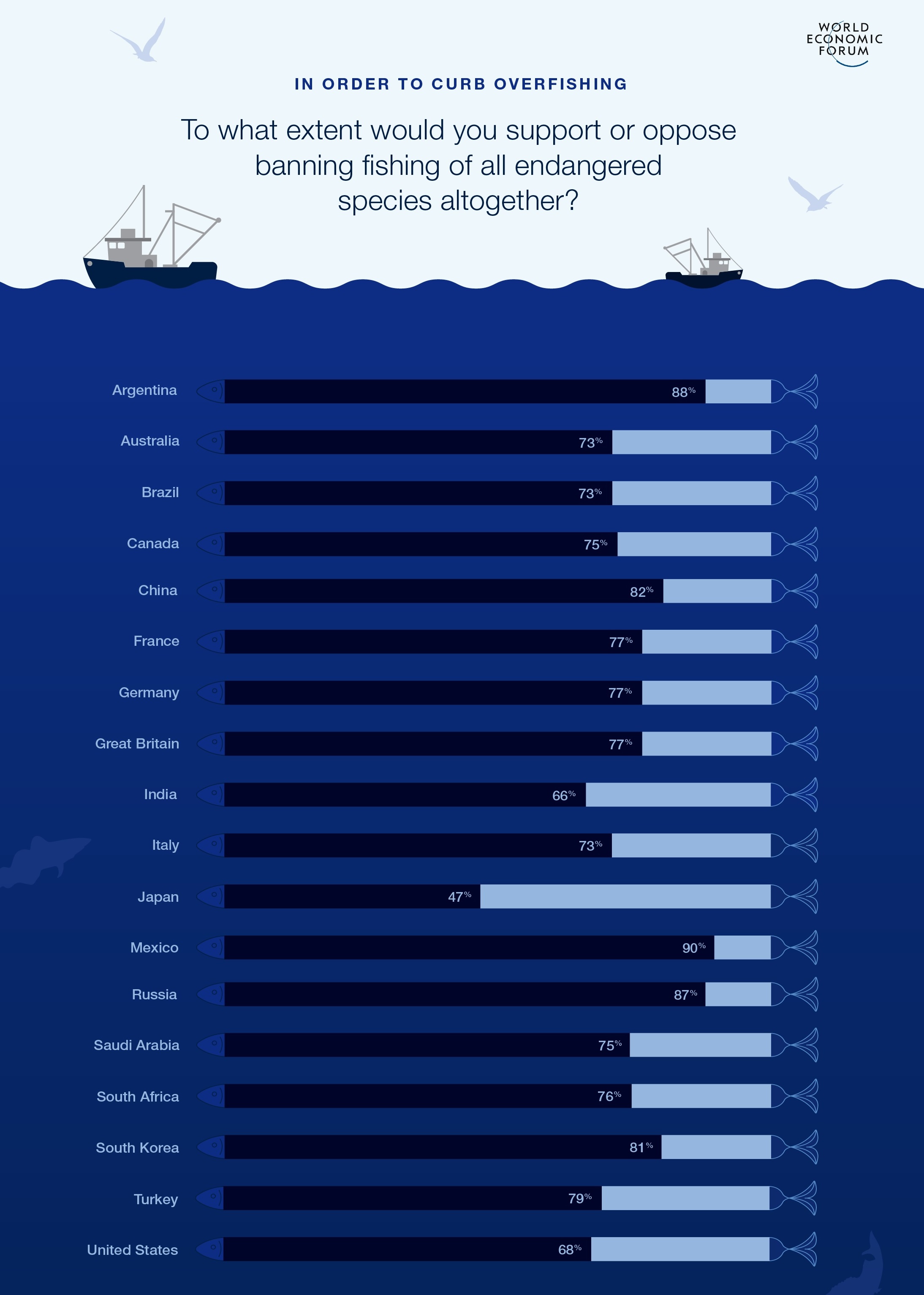 When asked if stores and restaurants should be banned from selling endangered fish, again 77 per cent said they would support such a ban.

The survey also found almost equally strong support  (73%) calling for an end to government subsidies that lead to overfishing or illegal fishing.

Japan was the least supportive of such measures.

According to the  UN Food and Agriculture Organization, over 33% of the world’s fish are harvested at biologically unsustainable levels, while 60% are being exploited at their limit.

Asking those who buy fish at least once a month about their concerns, some 81 per cent say it is important that the type of fish they buy is not on a list of species at risk of disappearing, and that the fish is sustainably caught or farmed (80%), and caught or farmed locally (72%)

The survey comes as the World Trade Organisation is negotiating to end harmful fisheries subsidies by later this year.