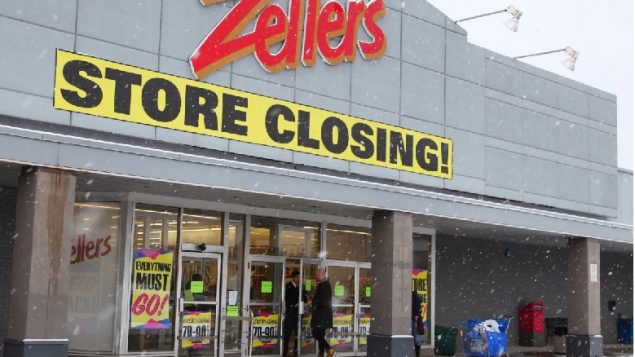 Founded in London, Ontario in 1931

Once upon a time, shoppers in Canada were spoiled with Canadian options. Giant department store chains, upscale and discount, were widespread.

Now another of these familiar retail names will fade completely into history. The last two Zeller’s stores will close this month. 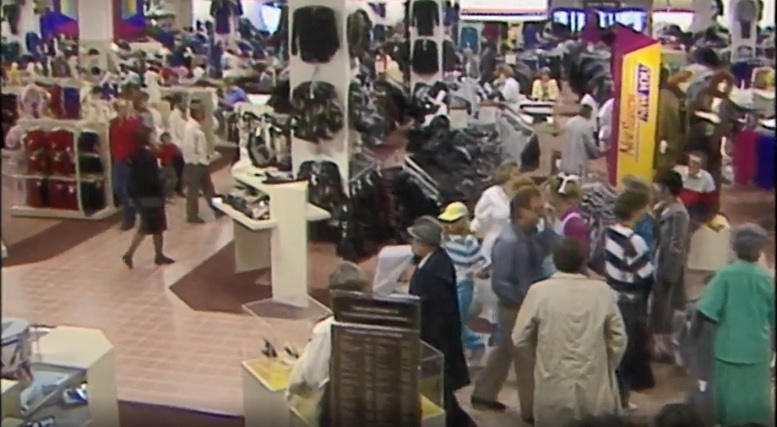 In 1987, department stores were still very popular with shoppers.  In Edmonton, the huge new Eaton’s centre was about to open, but a couple of days before that official opening, shoppers flocked into the just opened Eaton’s store. Only a couple of decades later, Eaton’s would fail, due to competition, changing shopper tastes, and poor management decisions. (CBC News May 1987)

One of the oldest, Simpson’s (founded 1858), added American Sears in the 1950’s to form an additional separate Simpsons-Sears chain, but Hudson’s Bay bought Simpsons in 1978. HBC then closed some Simpsons stores and converted others to Bay stores so Simpsons as a brand was eventually gone by 1991.

As for another of the oldest, Eaton’s (founded 1869), which once employed as many as 70,000 across the country, changing consumer tastes, technology and competition, along with some poor management decisions caused its demise in 1999.

Simpson-Sears then became just Sears which subsequently acquired many of the assets of Eaton’s and by 2002, the legendary Eaton’s brand was gone. 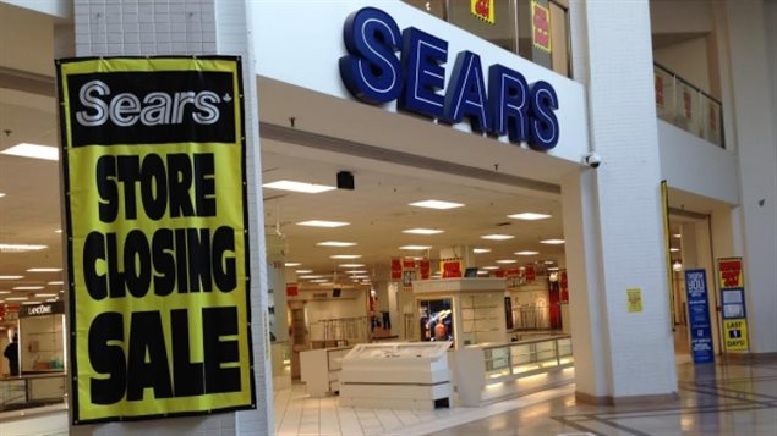 Another giant, Sears, would fail amid huge controversy in 2018, ending another iconic chapter in Canadian retail that began with Simpsons in the mid 1800’s. (Patrick Morell-CBC)

HBC bought Zellers in 1978 but kept Zellers operating under the Zellers name.. HBC then bought Towers in 1991, and converted those stores to Zellers or the Bay, so Towers was gone.

HBC also bought Morgan’s (founded 1845), and converted them to The Bay stores so Morgan’s name was gone in 1960.

The American Woolco chain in Canada (a subsidiary of Woolworth’s) was bought by the American giant Wal-Mart in 1994 ending the Woolco name.

HBC facing its own problems then sold off most Zellers leases to the American chain, Target, in 2011. Target’s attempt to penetrate the Canadian market was a disastrous failure and Target folded quickly in 2015 taking with them most traces of the Zellers name

They’ll be closed at the end of this month meaning the Zellers name will finally be gone, joining other once iconic Canadian ventures in the pages of Canadian retail history. 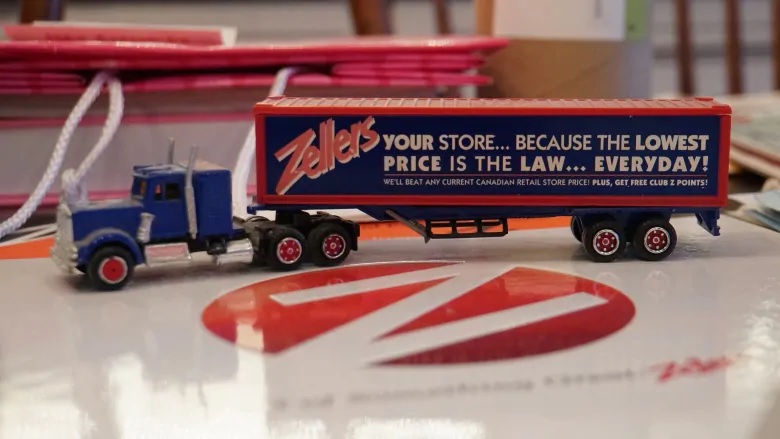 Now memorabilia items like this toy truck with the Zellers motto, will become perhaps more valuable as collectors items with the final end of the chain this month (Hadyn Watters-CBC)

As for HBC, founded in 1670, with its departments stores beginning in Winnipeg in 1881, it had absorbed many of the other big chains in Canada along the way eliminating competition in an increasingly challenging market.

Now as another ‘historical’ name disappears with the closing of the final Zeller’s stores, ‘The Bay’ is sort of a ‘last man standing’ in the history of venerable Canadian department stores.