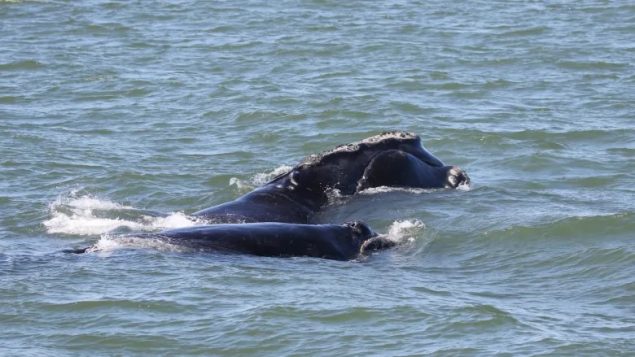 The whale named "Halo" and her calf spotted off the coast of Florida on Jan. 25. (Fish and Wildlife Research Institute)

With only about 400 of the North Atlantic right whales left, and 100 breeding females,  every death and every birth is critical news.

The year 2017 was a disaster for the threatened species with 17 deaths, apparently mostly from fishing gear entanglements and ship strikes, and with no new births.

One of the 20 dead right whales killed in Canadian waters in the past three years. With 30 whale deaths altogether in that time with few births, scientists are very concened (CBC news)

This year there’s been a bit of good news, although apparently not great news.

That however is well below the 30 which would be expected and hoped for. It is possible six other females may still give birth.

However the fourth new calf was spotted injured from a suspected ship strike with severe damage to its mouth and authorities are concerned it may not survive. 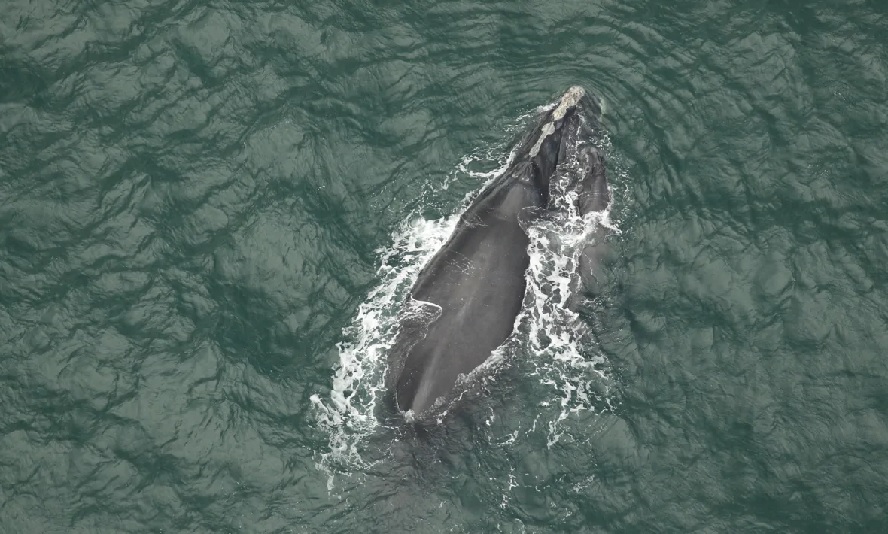 “Harmony” and her calf (just to the left of her head) spotted off the Florida coast on Jan. 24. While the six new calves are encouraging, one is already severely hurt, and the number is far below the 30 calves hoped for (Fish and Wildlife Research Institute)

Philip Hamilton, a research scientist with the New England Aquarium, quoted in CBC news said, “”Six is not what we’re hoping for and certainly not what we need to recover the population. There’ve been about 30 deaths in the past three years and only 12 births”.

Adding to concern about the species survival is that the whales normally give birth every three years, but that delay has been increasing, possibly because the whales aren’t finding enough food.

The Canadian and American governments have been trying to develop policies to reduce threats to the whales, although there has been some resistance by lobster and crab trap fishermen whose trap lines are the main cause of gear entanglements.  In the Gulf of St Lawrence, ship speeds have been lowered to reduce strikes, and whenever a whale is spotted, fishermen in the area are required to remove their traps to prevent entanglement.