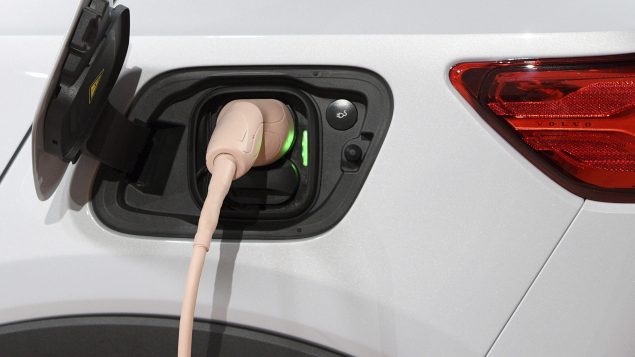 Transition Wow, which is supported by the Quebec government, and will target fleet managers in Montreal to make it easier to transition into using electric vehicles. Electric cable connects to the XC40 after Volvo Cars revealed its first fully electric car Wednesday, Oct. 16, 2019, in Los Angeles. (AP Photo/Michael Owen Baker)

The Canadian government has nearly spent half of its incentive budget for electric cars in just 8 months. The $300 million budget was supposed to last for the next three years.

Instead, the federal government has already given out $134 million in rebates to about 33,000 Canadians who have purchased electric cars as of January 19. Rebates for zero emission vehicle purchase are $2500 to $5000.

Transport Canada said that electric vehicle sales have risen by 32 per cent after the federal government launched their rebates in May.

“We’re getting more Canadians buying [electric] cars because they see the [economic benefit] of driving an electric car, in addition to the environmental benefits,” said Al Cormier the president and CEO of Electric Mobility Canada.

According to Electric Mobility Canada, a non-profit organization dedicated to advancing electric transportation, most electric car sales come from the provinces of Quebec and British Columbia.

It is worth noting that the Quebec government already offers an incentive of up to $8000 when purchasing a new electric vehicle. British Columbia offers a rebate of up to $3000.

“Costs have gone down considerably in the last five or six years and indeed were down as production capacity increases and technologies increase.,” Cormier said, adding that the up front cost of an electric vehicle has been one of the main barriers of purchasing one over a conventional car.

Cormier expects electric cars to eventually become as affordable as conventional cars in the next five years.

With files from the Canadian Press and Radio Canada International