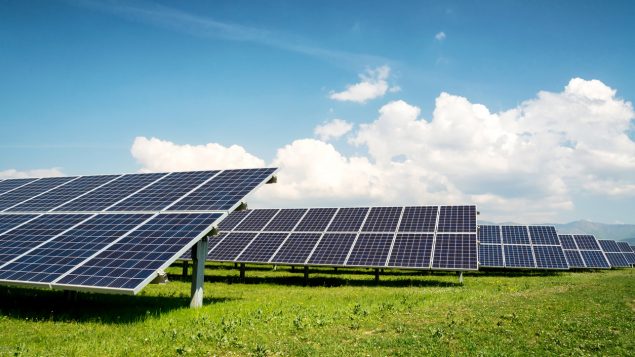 Construction on what will be Canada’s largest solar farm is set to begin later this year.  (iStock/DiyanaDimitrova)

Construction on what will be Canada’s largest solar farm is set to begin later this year.

After receiving an investment of $500 million from Copenhagen Infrastructure Partners, the Greengate Power Corporation will begin to construct the Travers Solar Farm. It is expected to be fully operational in 2021.

“Greengate is excited to be working with CIP, to bring this world-class project through to completion,” said Dan Balaban the president and CEO of Greengate in a press release. “This continues Greengate’s successful track record of developing and securing investment for renewable energy projects of unprecedented scale that deliver strong investor returns.”

The solar farm will be built in Vulcan County, in Alberta. It is expected to provide renewable energy for over 100,000 homes in the province. Greengate said that they’re anticipating that about 1.5 million solar panels will be installed at the farm.

“CIP is pleased to continue growing its North American renewable energy portfolio through our investment in Travers Solar, CIP’s first investment in Canada,” said Senior Partner of CIP Christian Skakkebaek in a press release. “Alberta is an attractive market for investment, and we look forward to working with Greengate.”

Once the solar farm is built and operational, there is an expectation that it will lead to over 500 new jobs in the renewable energy sector.