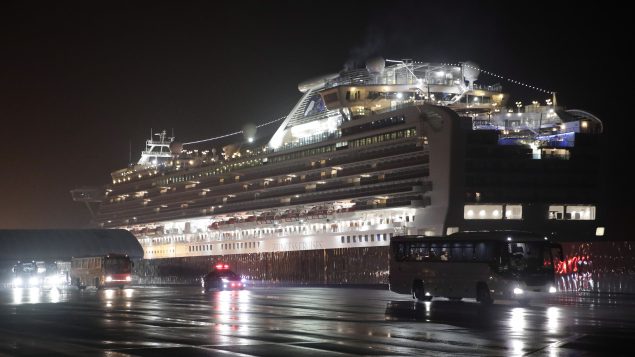 The Canadian federal government has announced plants to bring the Canadian citizens on board the Diamond Cruise ship back to Canada, according to a press release from Global Affairs Canada. The people in the cruise ship have been quarantined since Feb. 4. (AP Photo/Jae C. Hong)

The Canadian federal government has announced plants to bring the Canadian citizens on board the Diamond Princess cruise ship back to Canada, according to a press release from Global Affairs Canada.

Canadians will be checked for symptoms of the coronavirus before boarding the plane in Japan and traveling back to Canada. Those who have symptoms will not be allowed to board, and will have to receive care in Japan.

“The Government of Canada takes the health and safety of Canadians, both at home and abroad, very seriously,” Canada’s Minister of Foreign Affairs, Phillippe Champagne said in a press release. “In light of the extraordinary circumstances facing our citizens on the Diamond Princess, we are taking action to return Canadians home from Japan, while ensuring that appropriate measures are in place to prevent and limit the spread of the novel coronavirus.”

The aircraft will bring its passengers to a Canadian forces base in Trenton, Ontario, where they will be checked again, after which, they will be sent to the NAV Canada Training Institute in Cornwall, Ontario, and be quarantined for 14 days.

However, Bernadette Clement, the mayor of Cornwall, is questioning whether or not the training institute is the best place to receive and quarantine people.

“We have been working hard at improving communications between City officials and the federal government. We are now connected with federal agencies that are planning direct communications with residents,” Clement later said in a press release.

The Eastern Ontario Health Unit said that the NAV centre quarantine site will only be accessible by an indoor bridge and underground tunnel this is closed to the public. It will be separated from the NAV centre’s public section.

“Cornwall and area residents do not need to be concerned. There is no risk to the public. We are well-prepared to handle any medical needs in a safe manner,” Dr. Paul Roumeliotis, the Medical Officer of Health with the Eastern Ontario Health Unit said.

The federal government had already chartered two planes to repatriate about 400 Canadians, one on Feb. 7, and the second on Feb. 10. Both landed at the Canadian forces base in Trenton, where they had to undergo a 14 day quarantine.

A total of about 3,700 people, 250 of which are Canadians, have been quarantined on the Diamond Princess cruise ship which has been docked in Yokohama, Japan since Feb. 4. So far, there have been 355 confirmed cases of the coronavirus on board the ship, including 15 Canadians.