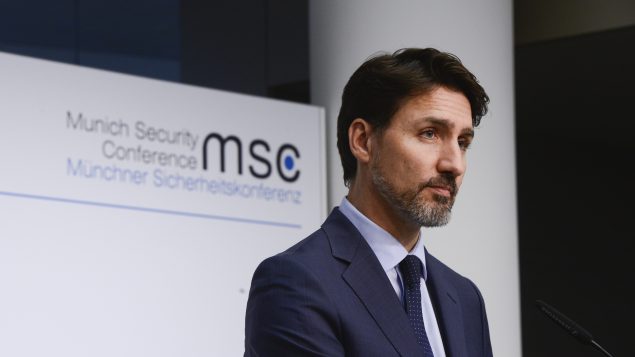 Prime Minister Justin Trudeau has called off a planned meeting with Caribbean leaders this week meant to rally their support for Ottawa’s bid for a rotating UN Security Council seat amid ongoing blockades by Indigenous protestors and their supporters that have shut down rail service in much of Canada.

Trudeau advised Caribbean Community (CARICOM) leaders that he will be unable to attend this week’s Intersessional Meeting of the Conference of Heads of Government of the Caribbean Community, the Prime Minister’s Office (PMO) announced Sunday.

“Prime Minister Trudeau expressed his regret that he will not personally attend this week’s gathering of CARICOM leaders.”

Foreign Affairs Minister François-Philippe Champagne will attend the meeting on behalf of Trudeau, the statement added.

Trudeau rushed back to Canada amid a growing crisis over rail blockades and other protests in support of a small group of hereditary Indigenous leaders in northern British Columbia, fighting construction of a natural gas pipeline through their traditional territory.

Canada’s largest cargo and passenger rail operators were forced to shut down service in large parts of their network last week amid the ongoing protests as Trudeau faced growing calls to return home and deal with the crisis.

Last week, Trudeau travelled to Ethiopia, where he met with several African leaders on the sidelines of the 33rd African Union Summit in Addis Ababa to lobby for their support for Canada’s candidacy to secure one of the 10 non-permanent UN Security Council seats at the upcoming election in June.

Trudeau’s diplomatic charm offensive also included stops in Kuwait, Senegal, and a trip to Germany to take part in the Munich Security Conference where he continued his lobbying efforts by meeting with several world leaders.

Speaking to reporters in Munich on Friday, Trudeau had said his travel plans to Barbados to meet with Caribbean leaders remained in force and had rejected calls to return to Canada, arguing that his cabinet was “fully engaged” in resolving the crisis.

Canada faces stiff competition from Norway and Ireland for a spot in the Western European and Others Group of nations, which according to UN rules can elect two members for two-year terms on the Security Council.

Norway is the largest foreign aid donor per capita. According to the most recent figures, Oslo gives almost 1 per cent of its Gross National Income (GNI) to Official Development Assistance (ODA), while Ireland contributes 0.32 per cent. Canada is in third place, donating 0.27 per cent of its GNI.

With files from Melissa Kent of CBC News