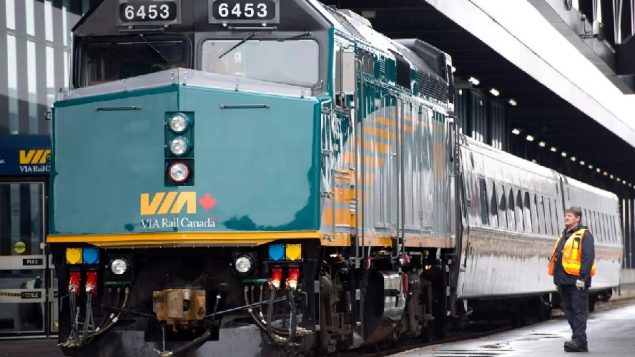 The anti-pipeline protests over a natural gas line in northern British Columbia continue in several cities and areas across Canada today. While the main issue centres on the pipeline dispute, the issue of indigenous land titles and the authority of hereditary chiefs versus elected band councils has crept into the dispute

The main dispute remains about the gas line which runs from the interior of the province, some 670km to a new processing plant at Kitimat on the B.C coast.  The gas company, Coastal GasLink, has signed deals with all 20 indigenous groups along the pipeline route including the Wet’suwet’en elected band council,

While the elected band members are for the deal and the approximately $300 million in benefits, eight of the 13 Wet’suwet’en hereditary chiefs have opposed the deal and have been blocking the access road across their territory.

One member of the band says anyone who supports the project is bullied, ostracized and called traitors and sellouts by those opposed. Bonnie George says that supporters are now afraid to speak up.

Meanwhile, sympathy protests have since been taking place across the country. These have taken the form of blocking city intersections, blocking access to provincial legislatures and blocking rail lines.

The latter action has been causing enormous disruption with passenger and freight traffic compromised. 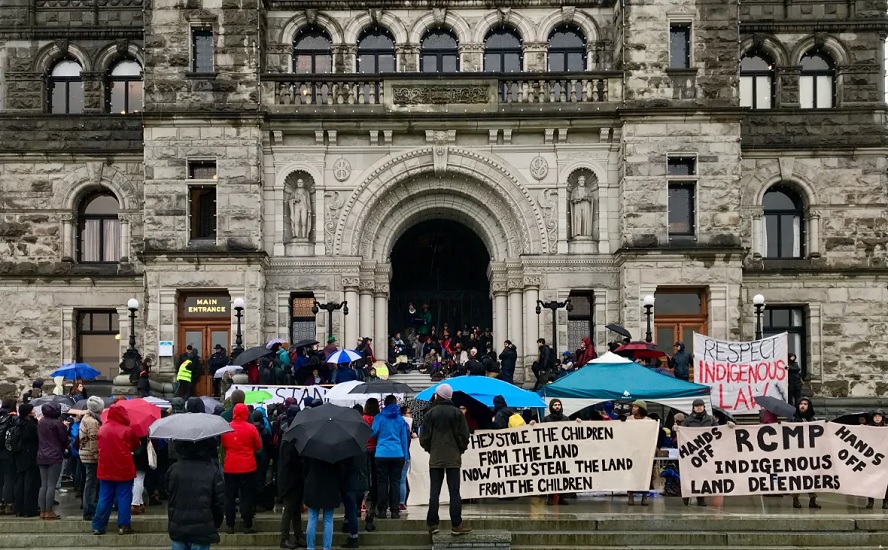 Protesters rally outside the B.C. Legislature in support of the Wet’suwet’en group opposing the Coastal GasLink pipeline. Another demostration there is planned for today. (Michael McArthur/CBC)

As Mohawk Indigenous groups occupy two crossing near Belleville Ontario,  and in Quebec, other groups have blocked railway lines in B.C and other locations across Canada.

CN rail announced yesterday in the interest of safety it is shutting down freight traffic across all of eastern Canada while Via Rail says all passenger service across the country is now shut down.

Many are calling on Prime Minister Justin Trudeau to return to Canada to deal with the issue. He is currently travelling abroad trying to drum up support for the Canadian bid for a temporary seat on the U.N. Security Council.

The rail blockades have meant tens of thousands of passengers have had to cancel or rearrange travel, while the economy as a whole is being seriously affected along with manufacturing, farming, chemical industries, airports and Canada’s exports. The rail lines are losing approximately $18 million a day. 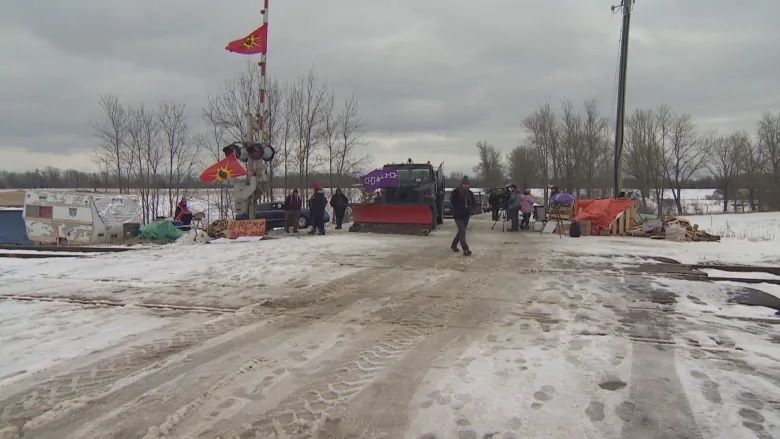 Mohawk protesters at one of two rail line level-crossings at the Tyendinaga Reserve near Belleville, Ont, The protests have shut down rail and freight traffic at one of the busiest routes in Canada. (CBC)

Various politicians have offered to meet with both Mohawk protesters.

The various blockades and the main gasline-aboriginal land rights involve a mix of federal and provincial jurisdictions which complicates resolution. 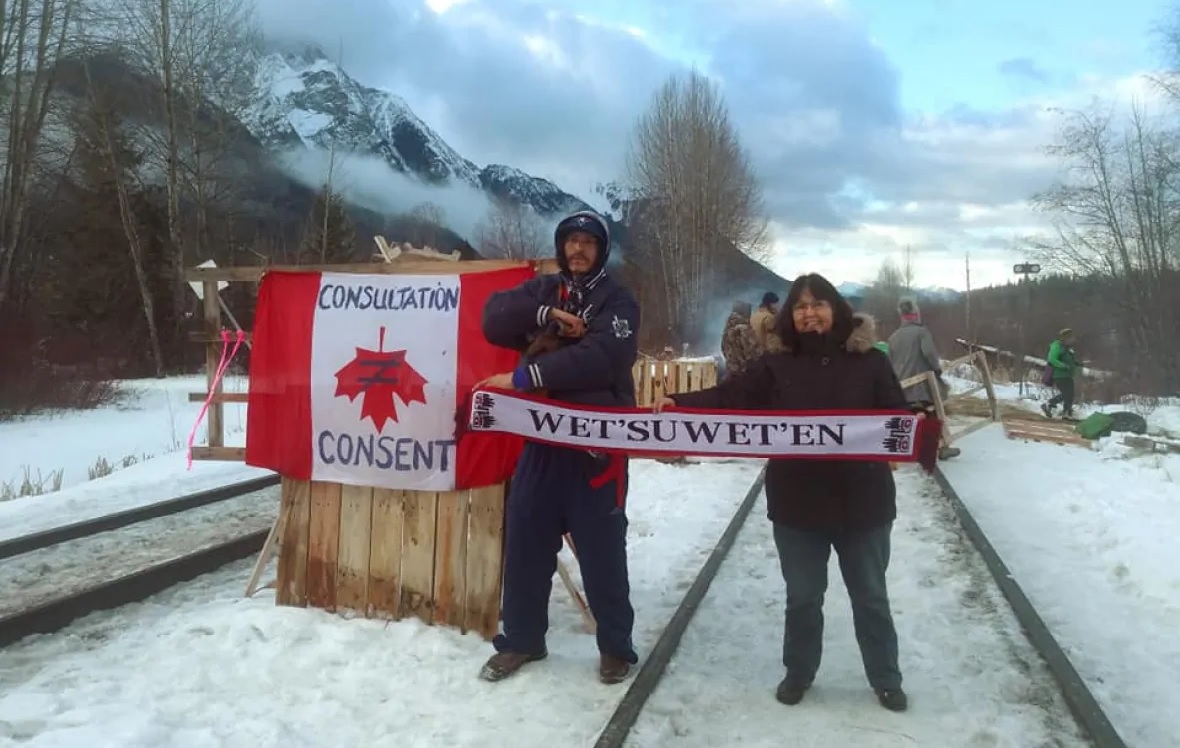 Another rail line blockade near New Hazelton, B.C. The protesters here may end their blockade today. (Lilllian Granley via CBC)

Transport minister Marc Garneau and Ontario politicians were to meet today in Toronto, possibly also with Indigenous reprentatives in an effort to end the rail blockade at the Tyendinaga reserve near Belleville. This is one of the busiest rail corridors in the country.

The federal Indigenous services minister, Marc Miller had sent a letter on Thursday to the Mohawk blocking the rail line to request a meeting Saturday along with a request that they move back from two camps at rail crossings, but there’s been no move by the Mohawk.

Apparently federal Crown-Indigenous Relations Minister Carolyn Bennett will be on hand for a meeting involving the B.C Minister of Indigenous Relations, and Gitxsan and Wet’suwet’en hereditary chiefs although no specific date has yet been determined.