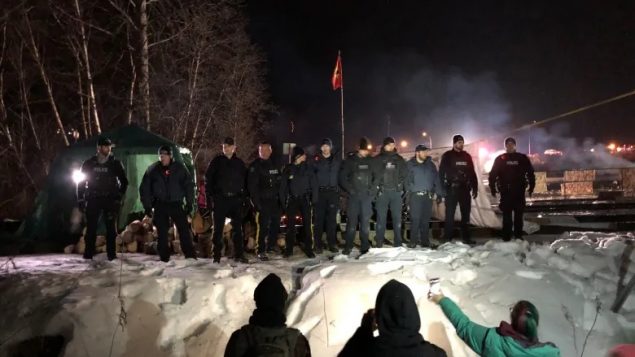 Even though Ontario Police removed one of the most crippling rail blockades yesterday at the Tyendinaga reserve near Belleville, Ontario, other blockades continue.

It’s all in solidarity with a small group of Wet’suwet’en hereditary chiefs in northern British Columbia. Five of the chiefs and their supporters insist a proposed natural gas pipeline can’t go through territory they claim. The pipeline has received approval of 19 other First Nations land, and according to one Wet’suwet’en chief, the elected chiefs are in favour along with 85 per cent of the band.

Nevertheless, there has been widespread support among environmentalists, fellow travellers and other bands across Canada, notably the Mohawk of Tyendinaga. 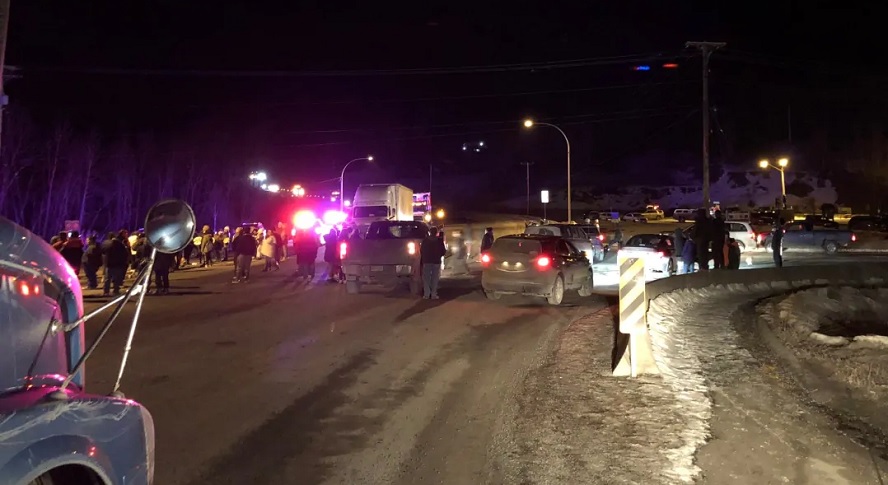 This morning a protest in solidarity with the dissenting segment of the Wet’suwet’en, blocked rail lines near Hamilton Ontario between Niagara and Toronto, disrupting travel for thousands of commuters. 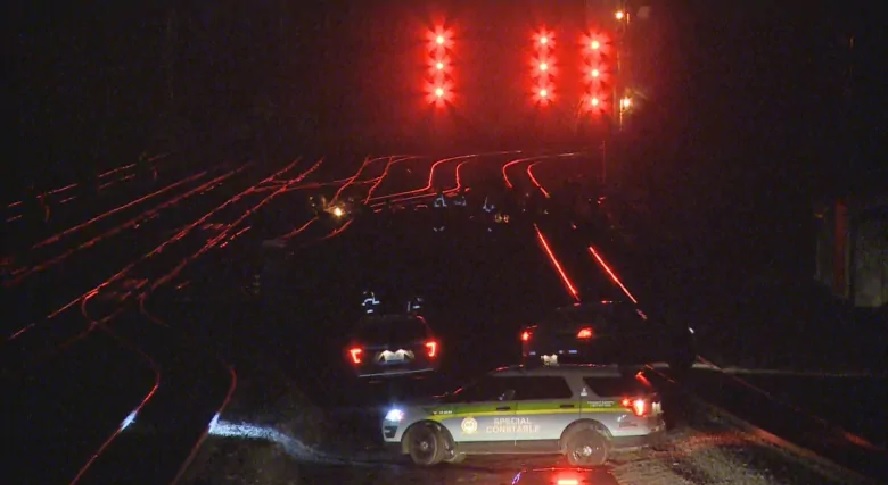 Another blockade near New Hazelton B.C. has been re-established by the Gitxsan, which is a neighbouring indigenous band next to the Wet’suwet’en. They had removed it earlier thinking talks were about to get underway between government and the dissenting chiefs, but as that seems to be stalled, they had set up the rail blockade again on Monday. Police had moved in an arrested several of the protesters during the night.  That protest on a main line appears to continue. 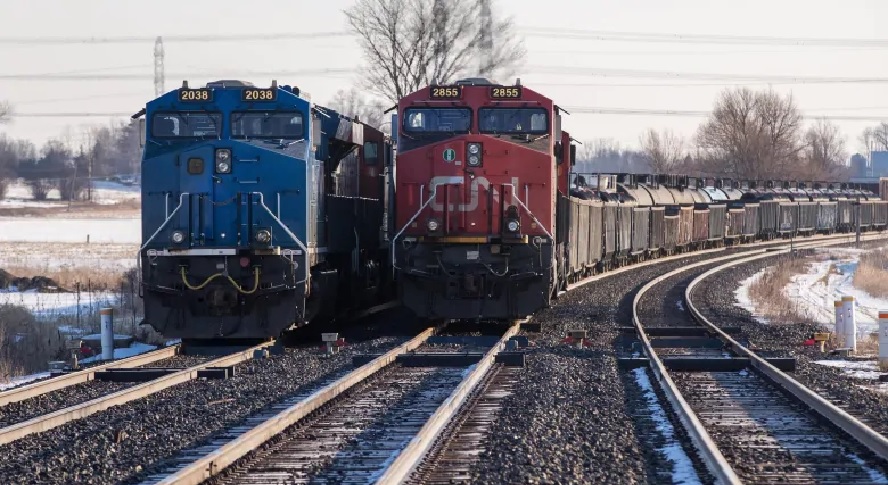 Another protest in Vancouver blocked a road to the city’s port last night and remained in place as of early this morning. It is not certain if or when police will move in there.  Protesters also showed up at the B.C provincial legislature in Victoria yesterday blocking the entrance and many are still on site.

In Ontario, although police arrested 10 Mohawk at the rail line blockade near Belleville, further trouble has cropped up. Police are still on site, but last night a plume of toxic environmentally harmful smoke was seen as other Mohawk set fire to old tires on the tracks after one freight train passed through. It is possible the fires have caused damage to the rail line ties. 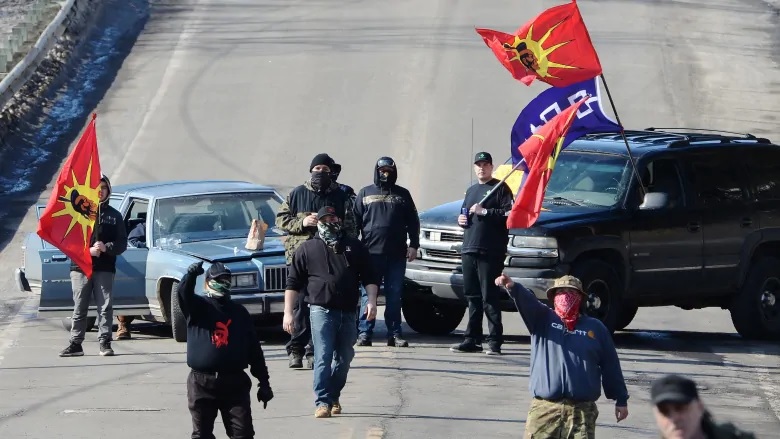 Protesters in Quebec, angry at police dismantling of a Mohawk protest near Belleville, warn journalists to move back as they block Highway 344 in Kanesatake Monday, just metres from the spot where Mohawks set up a barricade at the start of the 1990 Oka Crisis. Later in the day, they allowed limited traffic on the highway which passes through their territory (Ryan Remiorz/The Canadian Press)

Western farmers continue to be harmed by the inability to ship grain, while the rest of the economy is slowed. Some east-west freight has quietly been re-routed through lines in the U.S., and through a sharing of open rail lines between Canada’s two major carriers, CN and CP,  but that is only a portion of the country’s typical freight needs. Ports on both coasts are backlogged and only a trickle of freight is moving in or out.

At this point, talks between government and the small group of Wet’suwet’en dissenters appears unlikely until later this week.