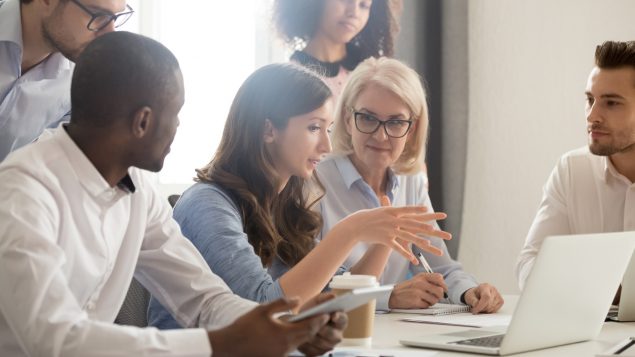 A report from the Canadian Federation of Independent Business (CFIB) said that the private job sector is still facing a labour shortage.(iStock/fizkes)

A report from the Canadian Federation of Independent Business (CFIB) said that the private job sector is still facing a labour shortage.

According to the report, 434,000 jobs went unfilled for at least four months throughout the fourth quarter of 2019, which is 9,000 more empty jobs compared to the same time last year.

The CFIB is an organization that promotes the interests of small businesses in Canada. It has over 110,000 members.

The provinces of Quebec, and British Columbia had the highest rates of vacancies at 4.1 and 3.6 per cent respectively. The province with the lowest vacancy rate was Prince Edward Island with 1.9 per cent.

Ted Mallett, the chief economist at the CFIB said that businesses tend to grow when the economy is still doing well, however the availability of the key workers that businesses are looking for can be lacking.

Mallett also said that businesses have to get better at making sure that they aren’t losing key staff members to other companies, make sure their human resource departments are up to standards, have good wages and benefits for their employees.

The report said that the personal services industry, such as hairdressers, mechanics and dry cleaners had the highest vacancy rates at 5.1 per cent. The construction industry was next at 4.3 per cent. The industries with the lowest vacancy rate were natural resources and finance at 2.0, and 2.3 per cent respectively.

Mallett explained that governments should look at ways to make employees are able to get transferable skills from one job to another when there is surplus labour in slow industries.

A couple of weeks ago, the CFIB had released a report that said the immigration system needs to better serve small businesses by making it easier to hire foreign labour.

“Right now the the rules and regulations around that are quite prohibitive for most small firms and we’re hoping that government finds a way to ease that kind of administrative practice and allowing more people with good skills to be able to come into the country,” Mallet said.