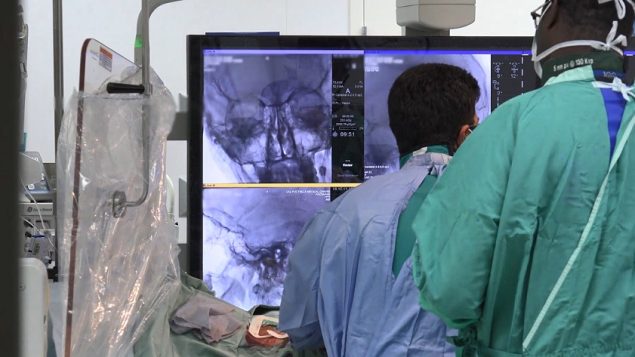 Operating on a stoke patient to remove a major arterial blood clot. A new drug invented in Canada appears to provide breakthrough benefit in recovery. ( University of Calgary)

Canadian research and development of a new drug has shown great potential to help patients in their recovery from stroke by reducing brain cell damage.

Dr. Michael D Hill (MD  MSc, FRCPC) is a professor of Neurology at the University of Calgary and lead author of the study. 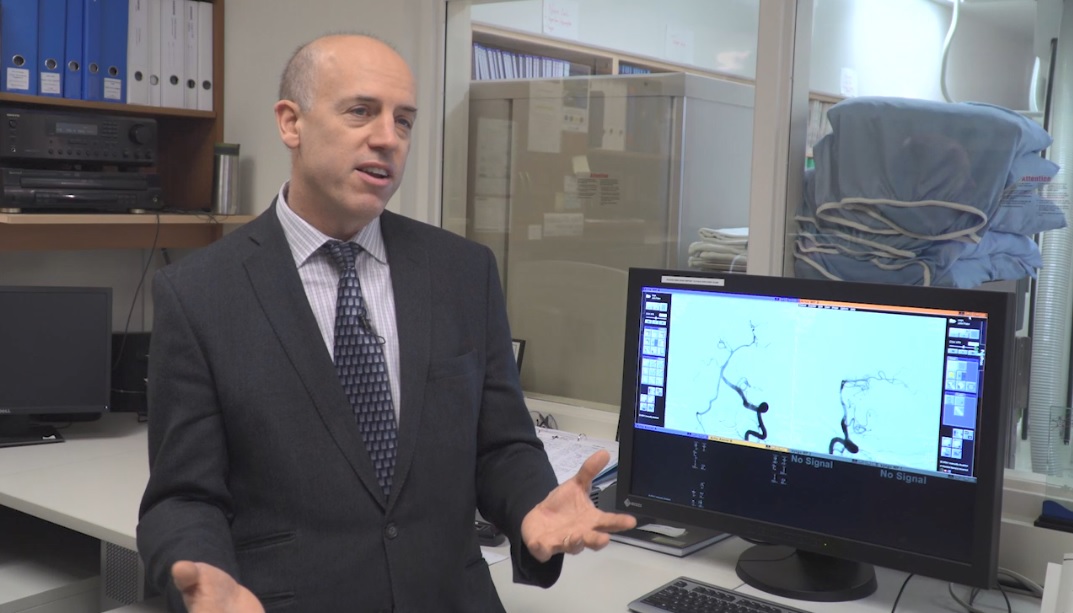 The results were published in the influential medical journal The Lancet this week under the title, “Efficacy and safety of nerinetide for the treatment of acute ischaemic stroke (ESCAPE-NA1): a multicentre, double-blind, randomised controlled trial” (abstract here) 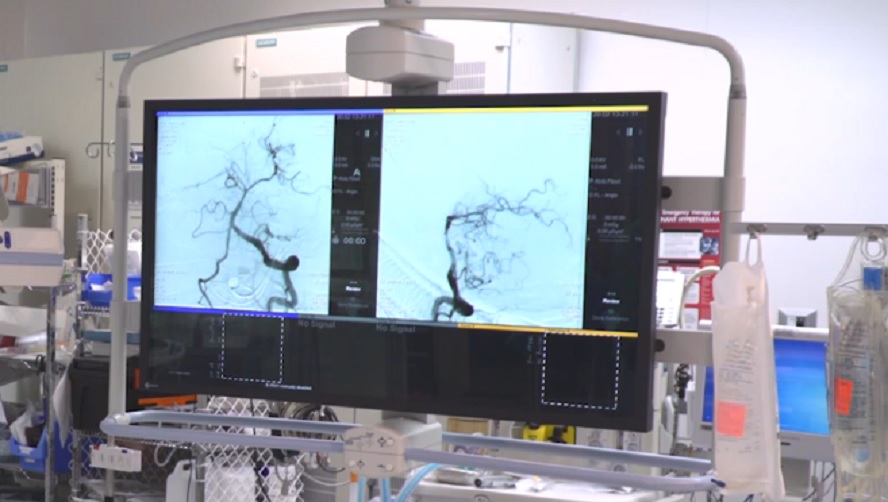 A major blocked artery can have serious effects, even fatal if not treated quickly. The new drug appears to protect weakened brain cells from dying, and enable their recovery when blood flow is returned. (U Cgy)

Typically when a blocked artery causes a stroke, the patient is given the drug ‘alteplase’ which can break up small clots, but if that doesn’t work, then a specialised tool is inserted into the artery to pull out the clot. However, once the brain damage has started, and even after blood flow is restored, some brain cells will continue to die.

The trial with this newly developed Canadian drug, ‘nerinetide’ was shown to provide a degree of protection for the weakened brain cells preventing cell death to a measurable degree and allowing them to recover with the restored blood flow. 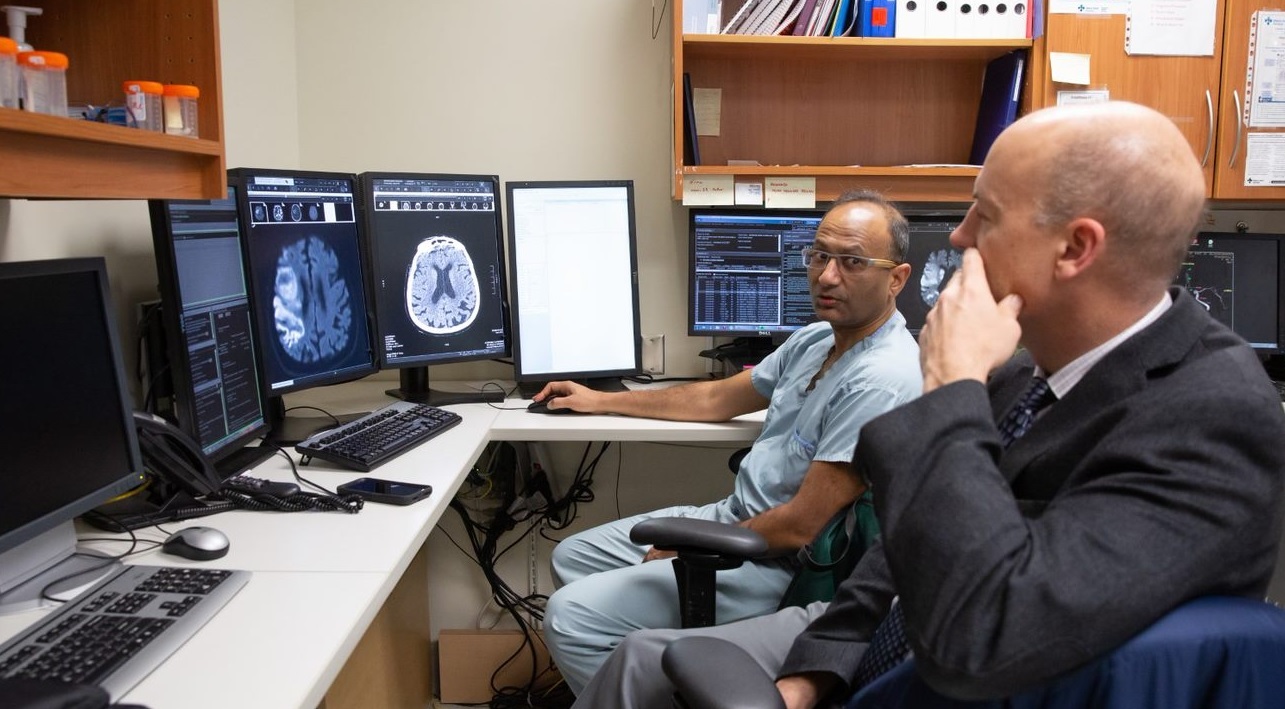 Dr Hill noted a very substantial recovery improvement in patients who received the nerinetide, not only in recovery, but in reduction of mortality.  He says he himself was surprised at the extent of the drug’s beneficial effect.

The trial did show however that when used with alteplase, the effect was nullified. 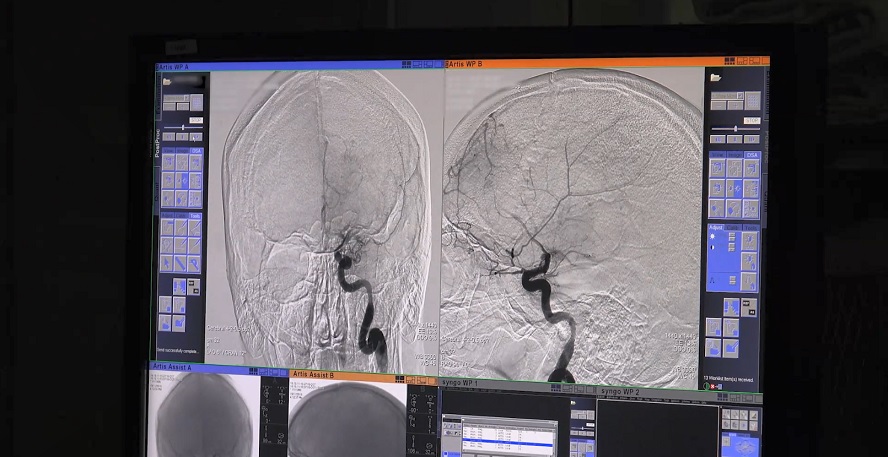 Speed is of the essence in improving recovery. The new drug gives an important new option to medical staff in stroke treatment depending on the situation. ( U Calgary)

As to the new drug, Dr. Hill says it is indeed possible that nerentide could be usefull in other situations such as injuries from head trauma and alzheimers, as the cell-death mechanism acted upon by the drug is not unique to stroke. However, much research work would be needed to determine other possible uses.

Right now the research team is working on organised a second “verification” trial required to prove the drug’s efficacy and thus for regulatory approval.